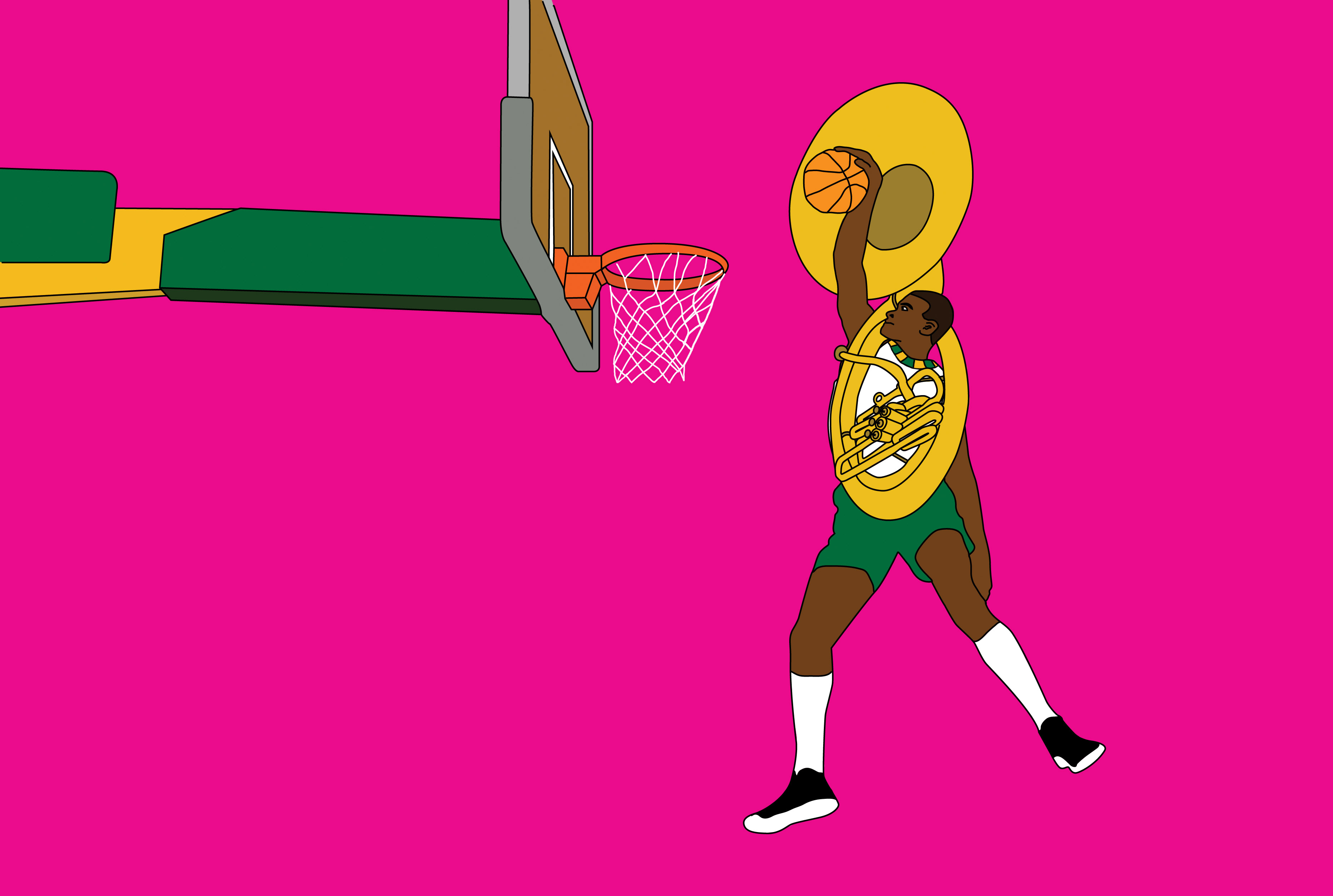 Green Machine and Mason basketball to switch for one game next year; ‘Doc ‘Nix to head coach

BY NATALIE HEAVREN, THE UCONN WOMEN ARE NOT BAD FOR BASKETBALL

During one nonconference game in both the men’s and women’s schedules, the Green Machine and the Mason basketball teams will switch places, on a date to be determined.

Doc Nix is set to coach both the men’s and women’s teams in their respective games. He plans to draw from his experiences over the years watching not only Mason but also Michigan, a perennial powerhouse, and Yale, who shocked the world by upsetting Baylor three years ago.

Players for both teams will be picked out of a hat at the last Green Machine rehearsal this semester. Those not chosen will spend time teaching the basketball teams and coaching staff to play their randomly assigned instruments.

The student-athletes will be attending Green Machine rehearsals for the first couple months of the semester to learn both the music and the eclectic dance moves that make Green Machine the incredible band that it is.

Green Machine members who are chosen to play will begin practicing during band camp in August and will continue to train with the Mason team for their Division I basketball debut.

The student-athletes and Green Machine members look forward to switching up their game-day roles and getting to sit on a different side of the court at EagleBank Arena. The members of the pep band are excited to get on the court again between Mason Madness performances.

The NCAA recently passed a rule allowing Green Machine to play during these two incredibly unique games. You can look forward to seeing sousaphones, saxophones and even singers on the court disrupting the opponent’s offense, defense and especially free-throw shooting for the full 40 minutes.

Don’t be surprised if you see the members of the pep band applying a full-court press and sousaphones blocking shocks while playing “Harder, Better, Faster, Stronger,” “Take on Me” and “California Love.”

Substitutions may prove difficult for Mason’s opponents, with all of the extra people on the court. Would it be the worst thing in the world if they couldn’t get on the court? Probably not.

It may also be difficult for the band’s opponents, as Green Machine will be taught the “swarm toward the ball” technique most often found in the youngest levels of youth soccer.

There may be an increase of technicals given due to an expected pushback to the pep band’s presence on the court.

Both Athletics and Green Machine are concerned about the size of the pep band in the stands during these games and are looking into recruiting other student-athletes to join the band for these very exclusive games.

Look out for the release of the 2019-2020 basketball schedules, including the dates of these once-in-a-lifetime games, and keep your eye out―your two favorite sports editors could be suiting up for Mason basketball next season!

Will Somebody Please Iron the Final Four Banner