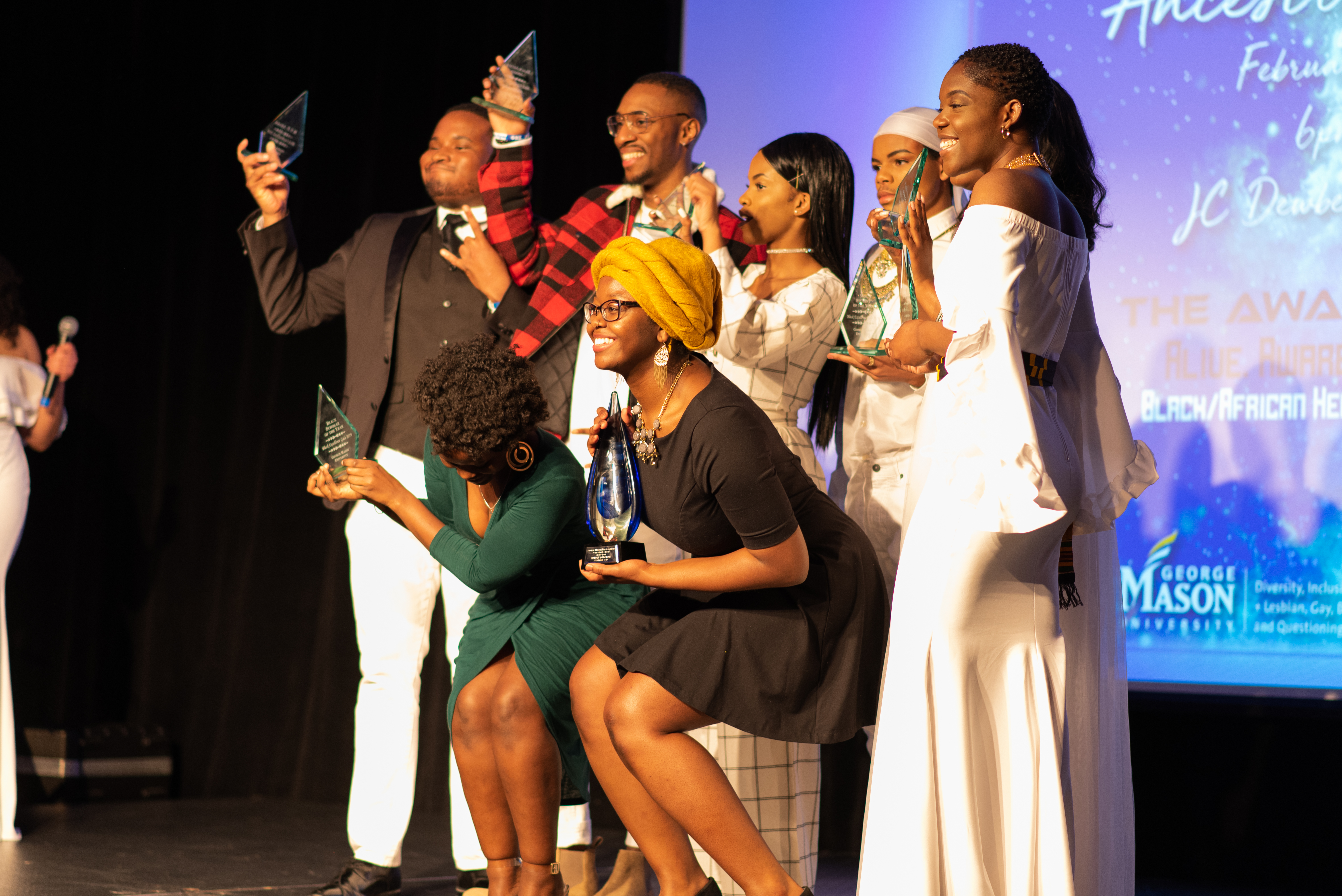 Dozens of “beautiful Black people, accomplices and allies,” as Assistant Director of Black/African heritage for ODIME + LGBTQ Resources Brandi Blake said, filled the room in a sea of fabulous all-white outfits. From mini dresses and faux fur to printed blazers and durags, each student allowed their personality and sense of style to shine while adhering to the all-white dress code. Those who opted out of wearing all-white either added pops of color to their look or wore monochromatic outfits in colors like red and blue instead.

The event kicked off with a live painting by senior individualized study major Amini Bonane, accompanied by a performance by junior communication major Jordan Moser. Then a video played featuring images of Black art, notable Black history figures such as Malcolm X and James Baldwin, modern figures like Rihanna and Colin Kaepernick and Mason’s Black community before Blake took the stage to deliver the welcome.

She then gave the stage over to students Nnamdi Ojibe, Reema Abuelrish and Jermaine Azu, who were the hosts for the night. 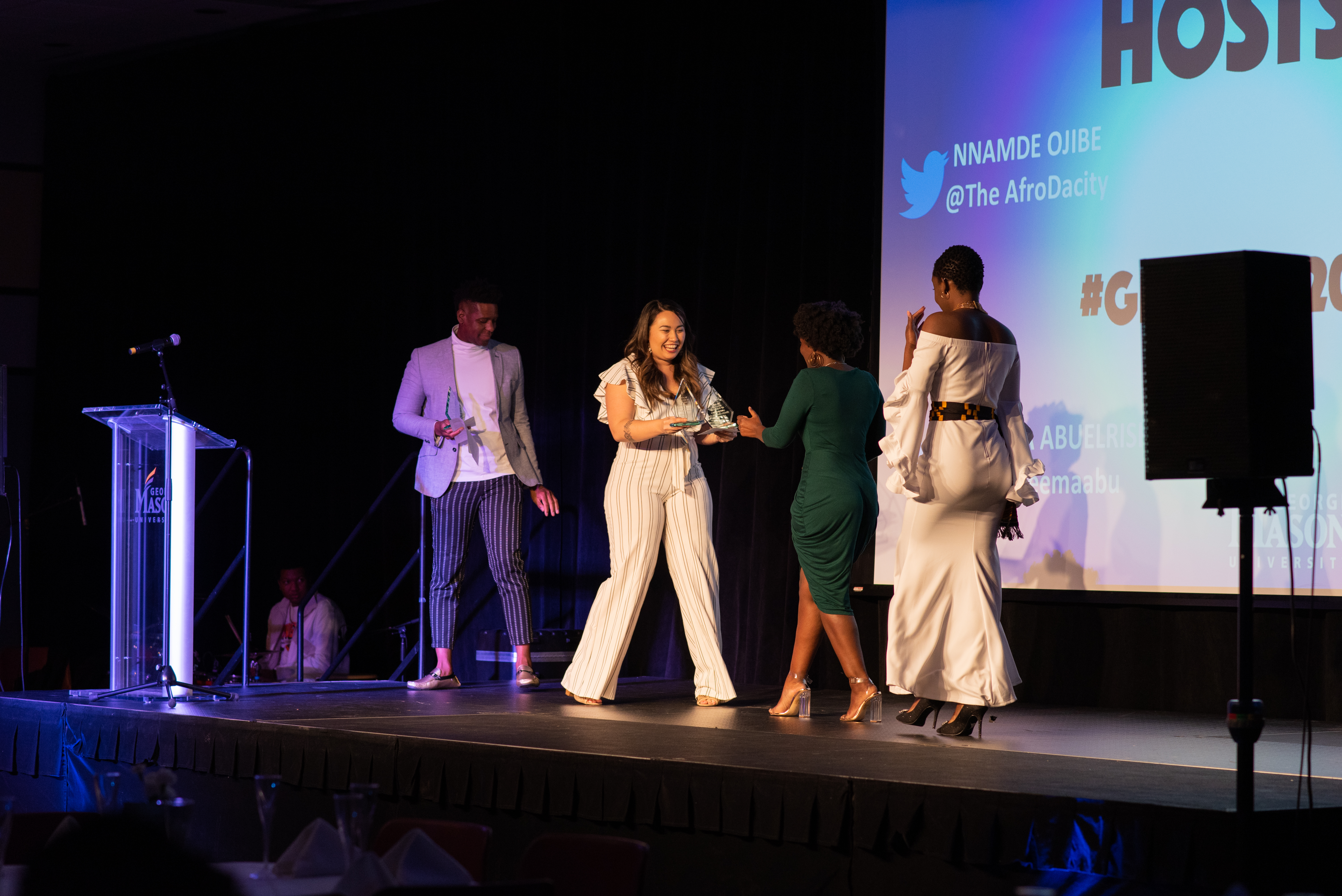 The Spot band provided most of the music for the evening, including a rendition of the Black national anthem, “Lift Every Voice and Sing” by James Weldon Johnson.

Several faculty members spoke as well, such as Nicole Nicholas, assistant director for health and wellness in the Student Support and Advocacy Center. She delivered a speech about the importance of knowing your history and culture.

Nicholas explained that in the 400 years since the first Africans were stolen and brought to Virginia, Black people have been “disconnected from our culture.”

“It is imperative that we get to know ourselves,” she said. “We cannot continue to fight the fight against injustice without knowing who we are or where we come from … You can’t know yourself and where you’re going if you don’t know where you came from.” 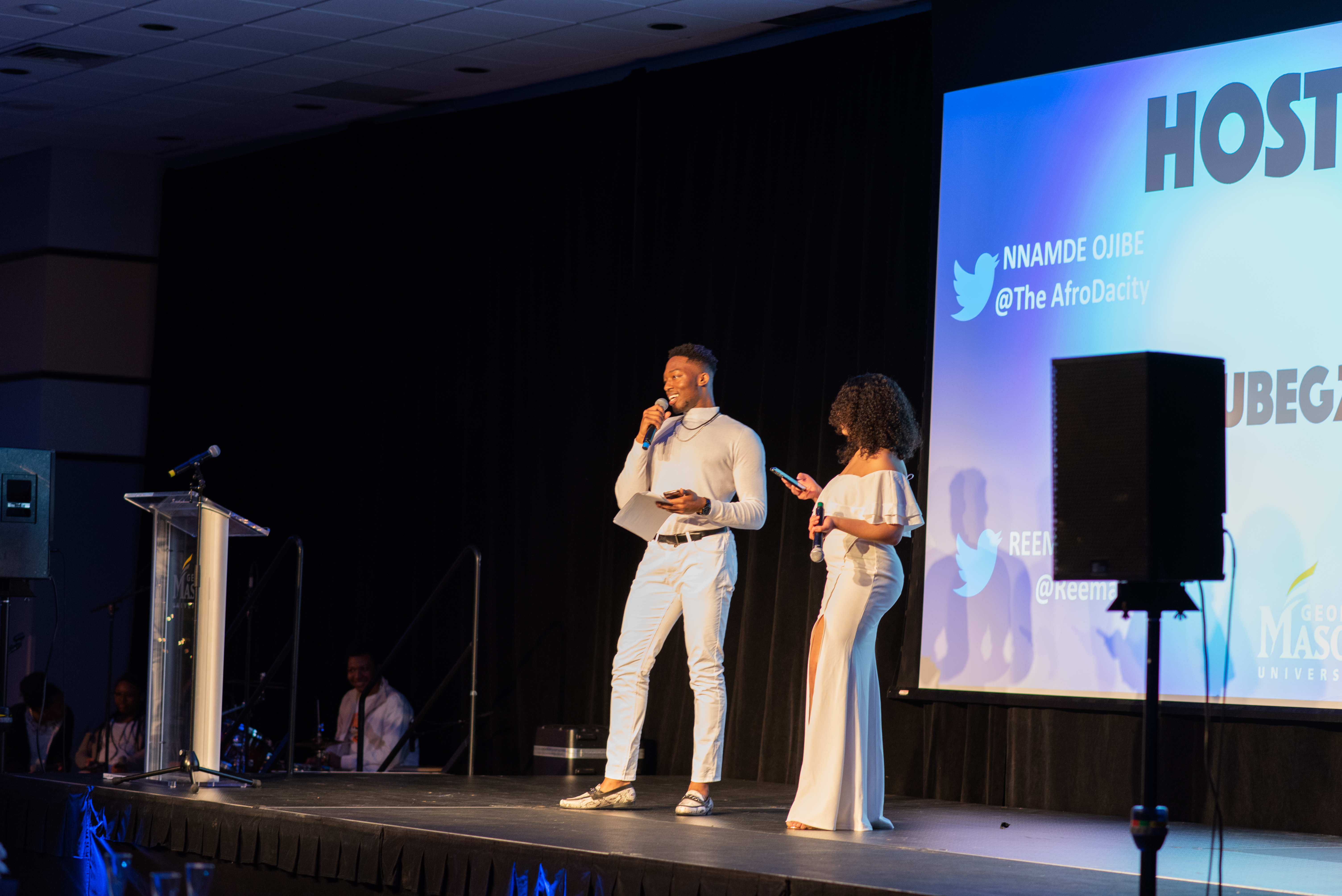 In addition to enjoying the performances, students also received awards at the gala. Some of the awards presented included the New Student of the Year Award, the Boost Award for students who are considered to be rising leaders, the MVP Award for stellar athletes, the Leadership Development Award and the Black Scholar Award. Two new awards were presented this year as well—the Concerned Citizen award, in which the winner also received $1,000, and the Black Artist Award.

Students weren’t the only ones to win awards. Mike Essiaw received the Distinguished Alumni Award, and Blake received the Pillar Award for faculty members who have supported students  through their time and effort.

Between performances and award presentations, students could enjoy food from the desert bar and take pictures on the miniature red carpet.

Although the Black Excellence Gala only lasted one night, the students and faculty at Mason showed that Black excellence never really ends.

Letter From The Editor