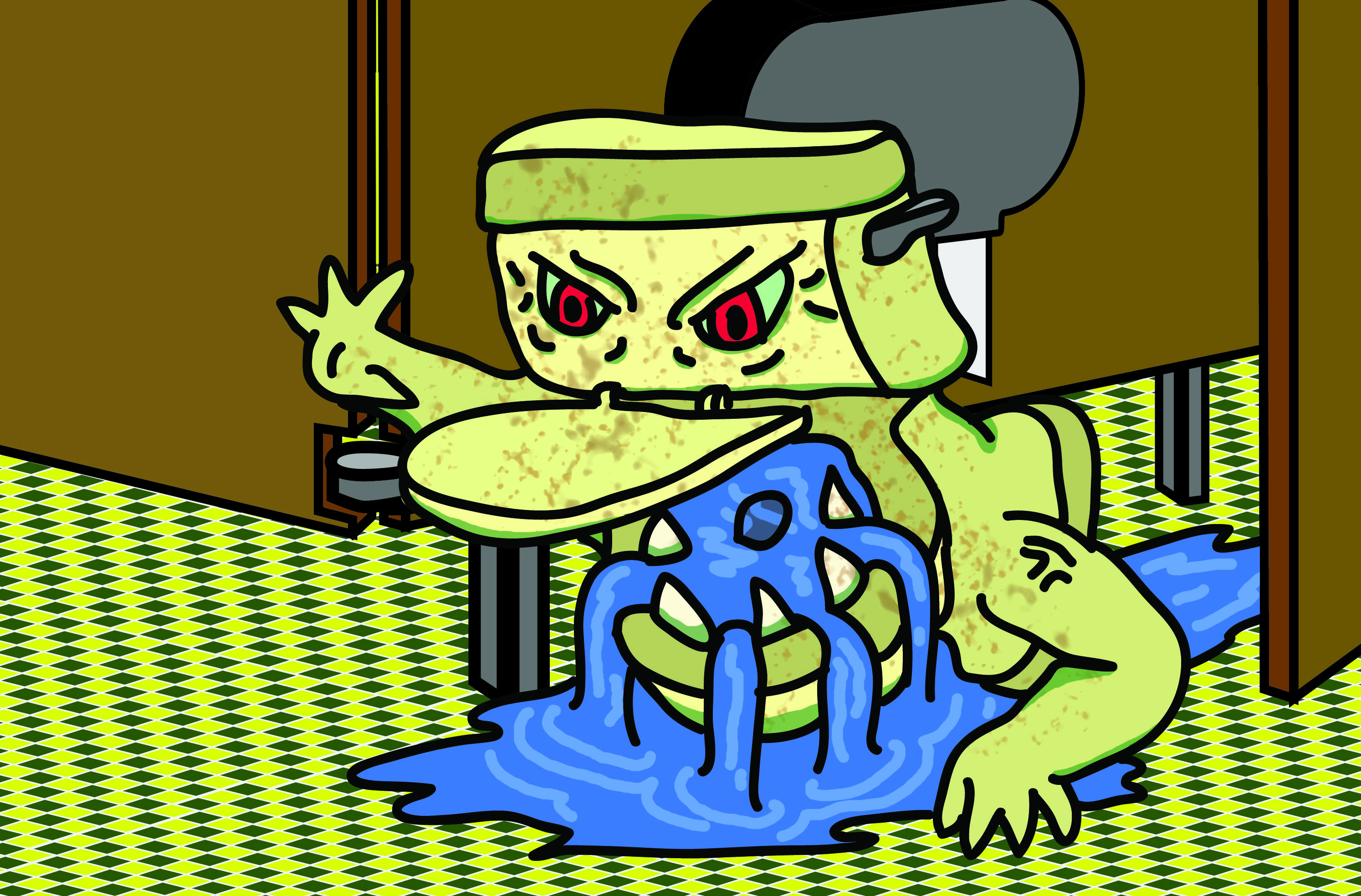 Part of anyone’s first lecture from their parents about college is the talk about the grotesque communal bathrooms and the need for shower flip flops—one of the few arguments for suite style rooms rather than dorm buildings.

The traditional dorm bathrooms are shared by 28-40 residents per floor, equipped with four stalls for toilets and four stalls for showering. Whether it is an all-male, all-female or co-ed floor, horrifying memories will still be implanted into anyone who even enters a communal bathroom. Even with the amazing work done by the housekeeping, chaos still slips through the cracks. The stories that follow may shock you. These are not for the faint of heart, so proceed with caution.

Brandon Hamm, a management major and a resident of Madison Hall’s first floor, has had multiple experiences with this frankenstein of uncleanliness through his first year at Mason. He claimed to have on multiple occasions seen “two clogged toilets from two separate students being severely sick.” When he opened the stall doors for the last two toilets, they were both covered in some kind of filth and were unusable.

On top of all this, on a separate occasion he had seen a shower stall floor almost entirely covered in some kind of crumbs from a power bar or a bar of oats, making it impossible to shower without risking getting soggy oat crumbs all over his feet.

Another resident of Madison’s first floor and biology major Warner Gates provided his own horror story of a communal bathroom. “Walking the lake of bile, as provided by none other than my own roommate, only to realize after a full two trips what I stepped through would be the worst experience I’ve been through in all 18 years of my life,” he said.

Nathan Graham, a resident assistant in Presidents Park and music major, lamented about his freshman year living with a communal bathroom. For two straight months, the same toilet got clogged at the same time every Thursday. Students on the floor he is in charge of talked about others who never wear flip-flops in the shower, a place where who-knows-what kind of bacteria can come together in a 3×3 square stall, as well as stories about other dorms who have found some less-than-savory things left over the floor over the weekend.

It seems that once people make the dorms their home, they treat the bathroom as they did when they lived at home with their parents. They forget that others share that limited amount of space with them, and that something that they think is funny or not a big deal might be a big deal to others.

This affects all 28+ people that inhabit this dorm with them. Once people start to realize this, hopefully people can start treating communal bathrooms with more respect.