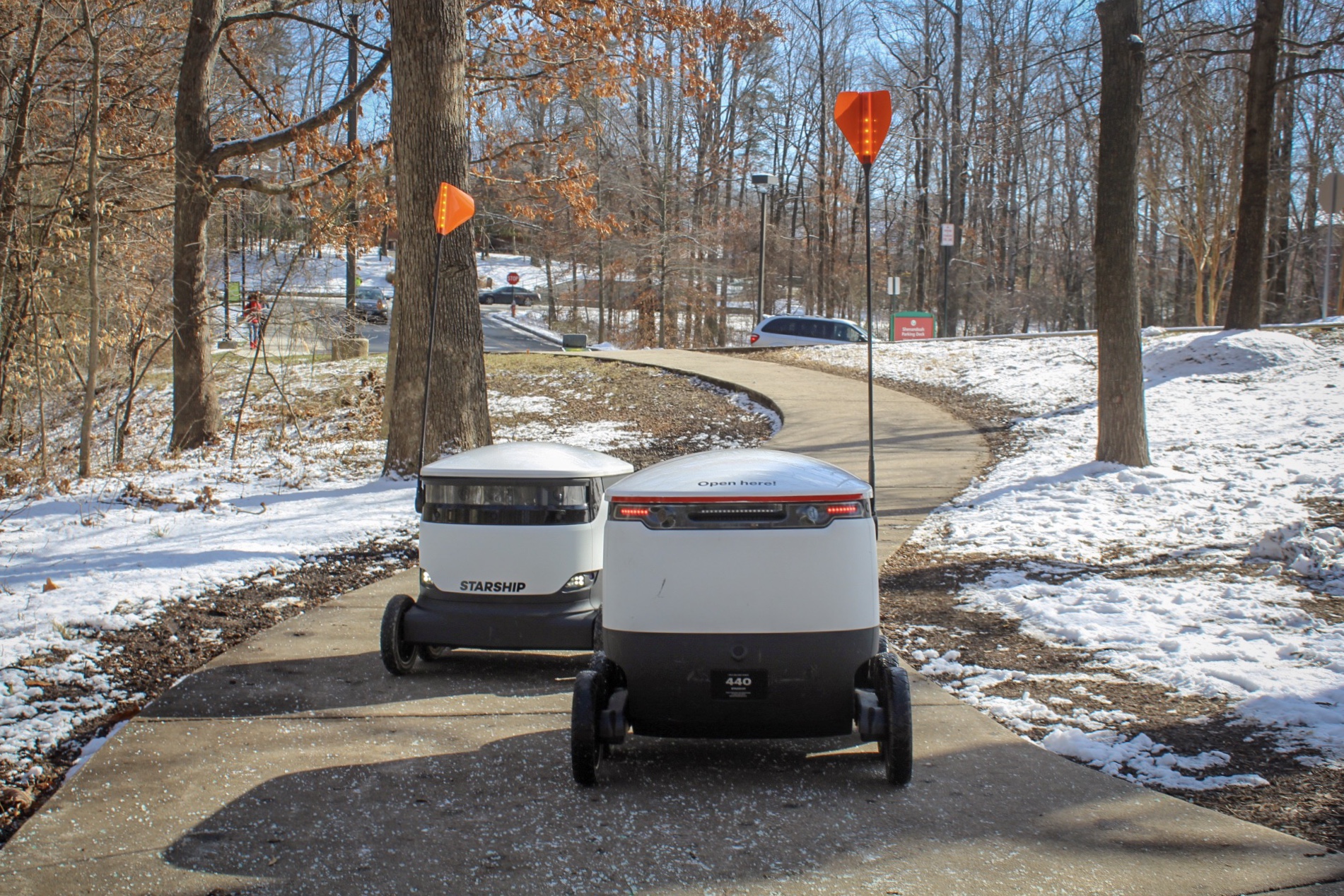 The group of 25 semi-autonomous robots making their way through campus is captivating attention from some big fans—the Mason students.

It didn’t take long for the Fairfax campus to embrace this innovative technology. Within hours of the robots’ official launch, the delivery system became the top subject of text messages for sophomore Criminology, Law and Society major Jackson Harnois.

Harnois had to try out the system for himself, ordering an iced coffee and some breakfast wraps from Dunkin’ Donuts to get him started for the day.

“My first impression after using it was complete awe,” said Harnois.

After seeing the robots across campus and using the delivery system, Harnois says he’s fascinated by the technology behind it—especially curious by how they cross roads safely.

Judging by the system’s frequent appearance on social media feeds and news publications, Starship Technologies’ sophisticated concept is something other college campuses could adopt. 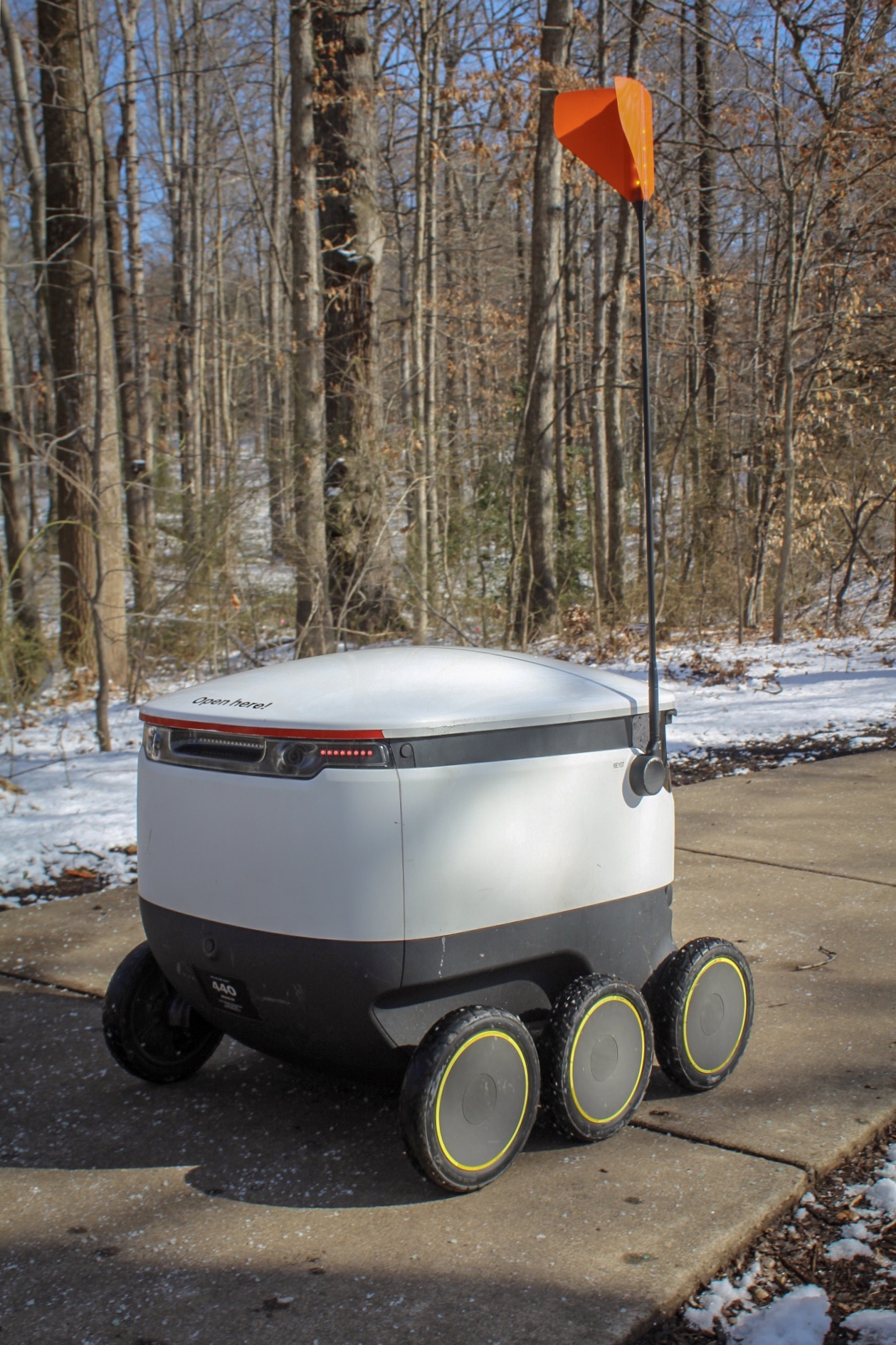 “I definitely think other schools will begin to implement [Starship robots] or some other version of them,” Harnois said.

Junior bioengineering major Fellipe Sho Miqui also feels the same way, but he says the system will only work if it’s implemented in a big, suburban campus like Mason.

The robots making their way through campus especially adds a level of convenience and fun to Harnois’s day. “For me, it is never going to get old or lose its appeal,” said Harnois.

He also noted that this robot food delivery service sets the Mason campus apart from others. “I also kind of hope other schools don’t [implement this] because I enjoy bragging about them to my friends at other colleges,” said Harnois.

Not to mention, the Sodexo and Starship Technologies collaboration is the first of its kind to implement a university meal plan as part of the app’s payment options.

“The [$1.99] delivery fee isn’t bad, considering you don’t have to pay [a] tip,” said Miqui. He enjoyed the convenience of a special delivery to his dorm room in The Globe. Overall, he says the process was simple, relatively quick and his pepperoni pizza arrived warm. 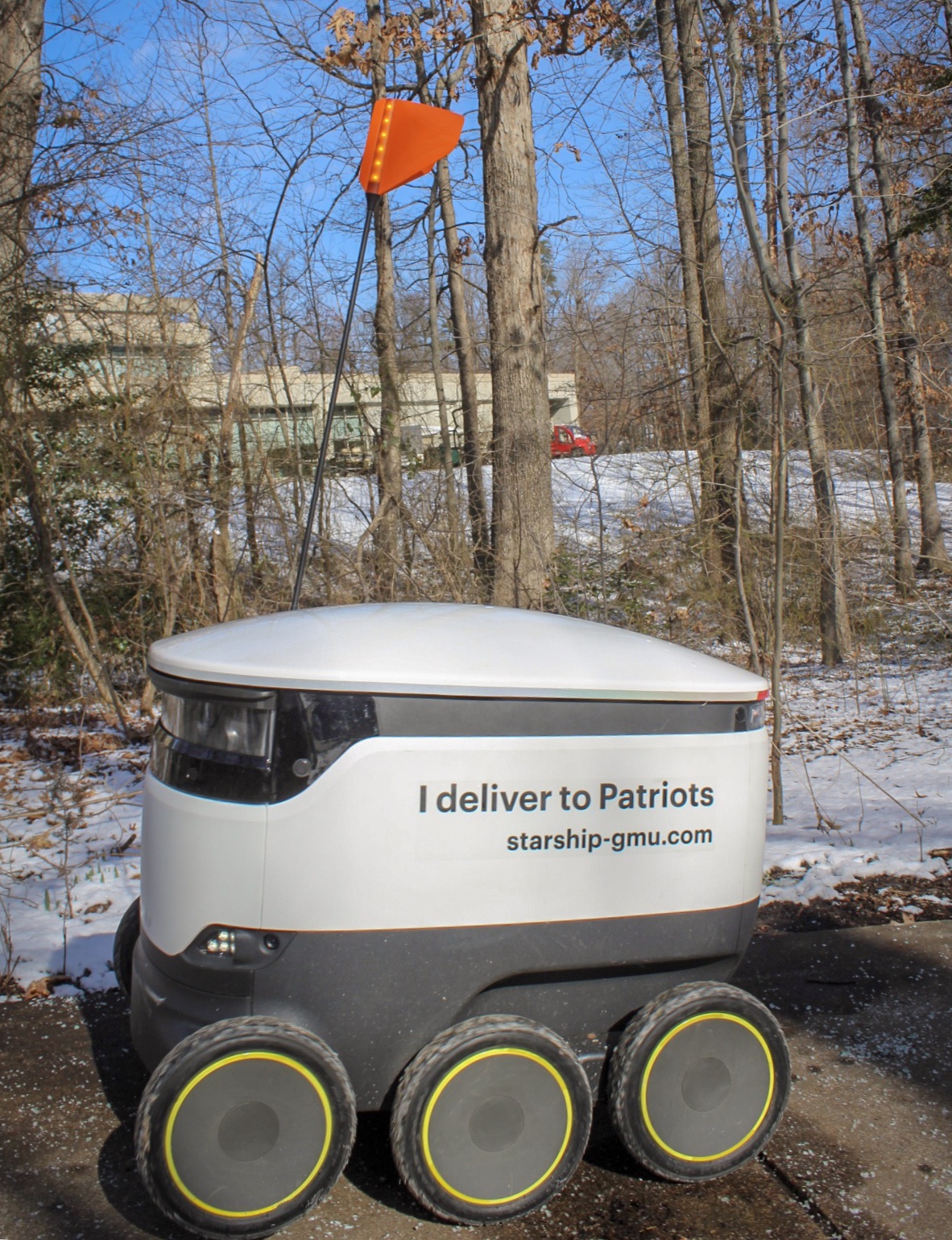 “The app was super user-friendly, but the menu is limited,” said Goff. Although, the limited selection is something she expected considering the brand new implementation.

Goff says the accurate wait time of the app and tracking the robot’s location are aspects which made experience both smooth and fun.

Harnois, Miquid and Goff had similar experiences with the robots with all of them looking forward to the system’s planned menu expansion.