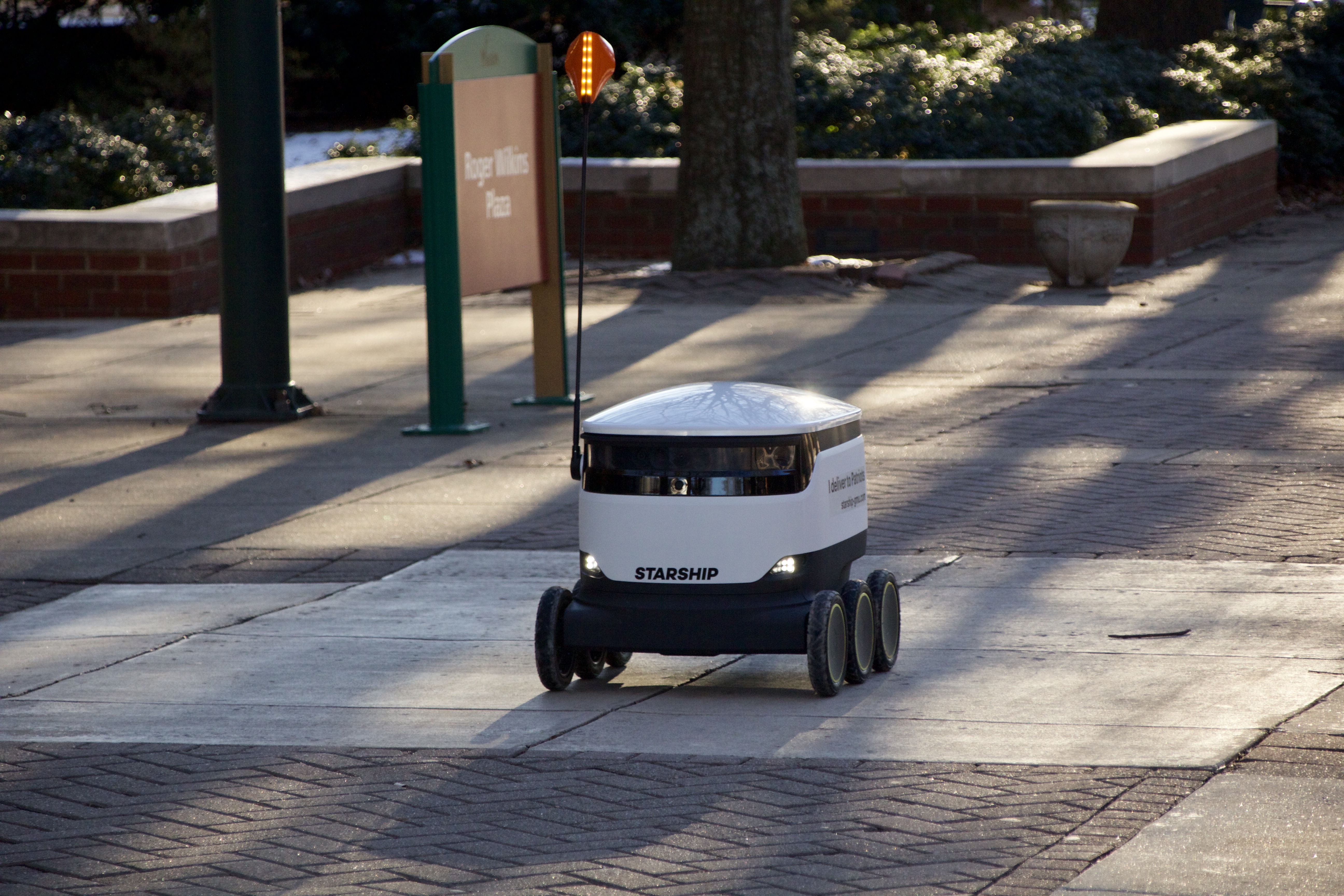 A breakdown of business, security and student opinion

As well as the incoming freshman and transfer students, Mason has a new addition to its Fairfax campus―delivery robots.

The food delivery service, Starship Technologies, is currently delivering orders from Second Stop, Starbucks, Dunkin’ Donuts and Blaze Pizza. The service is planning to expand to other restaurants, and the downloadable app used to place orders has listed Chick-fil-A and Steak ’n Shake as coming soon. In addition to more delivery options for food, packages from Mason’s mailroom were also listed as a coming feature of the delivery system.

For the delivery service, students are charged an extra $1.99 with their order, with this additional cost going to Starship Technologies. Mason also receives a portion of the on-campus food sales delivered by the company.

According to a January article from The Washington Post, Mark Kraner, Mason’s executive director of campus retail operations, stated two reasons the university was allowing the delivery service: “It will benefit both the students and the businesses paying rent here.”

The company has also been credited for the security aspect of the delivery robots. No reports of theft involving these new robots have appeared in Mason’s Department of Police and Public Safety’s Daily Crime and Fire Log.

Some students are not in support of this new addition to Mason’s Fairfax campus. Kendal Denny, a Mason student who has ordered food through the Starship app twice, described the issue of increasing wait times for popular fast food restaurants on campus.

“I believe it took over 40 minutes for me to receive my order from the time it was placed,” Denny said. “The app just kept updating the time over and over, saying it would be delivered in 10 minutes, then it would jump back to 25 [minutes].”

Despite the delays, Denny said that she would continue to use the delivery service.

“I believe I will continue using this service sparingly,” she explained. “I mainly will use it when I’m too busy studying to take a break or when it’s just too cold outside.”

While Starship Technologies was initially overwhelmed by the demand for food deliveries around campus, it remains to be seen whether the demand for delivery will remain high as the weather gets warmer.