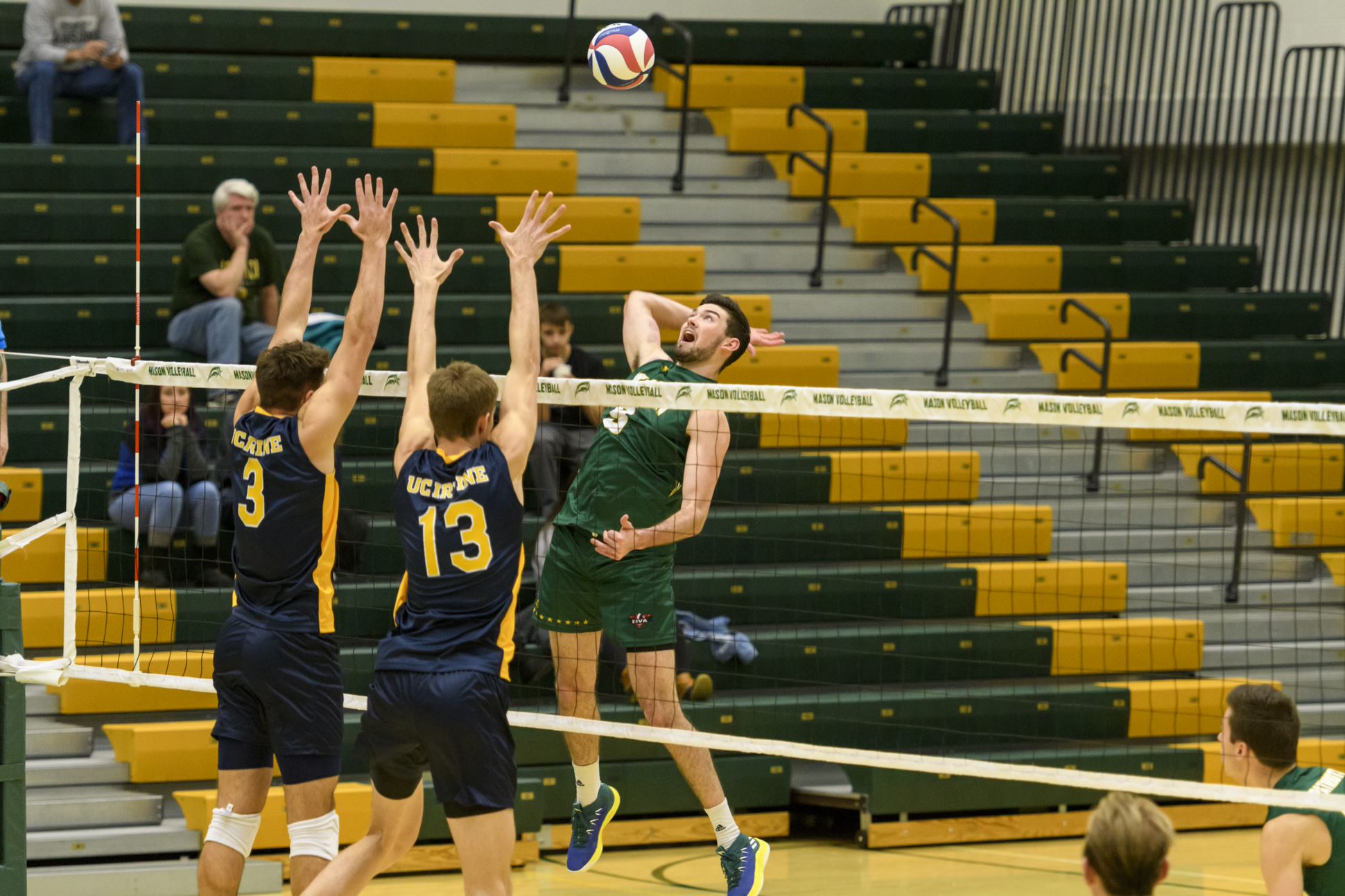 After choosing Mason, Hayden Wagner knew he had a difficult decision to make: either continue to play volleyball or pursue a nursing degree and give up the sport he loves.

“I wasn’t really sure if I wanted to continue to play volleyball past high school, and I was thinking, ‘Well, I’m just going to focus on school,’” Wagner said.

However, what most do not know is that it was his sister Diana who inspired him to pursue both the sport and medical field.

In the early days of Wagner’s volleyball career, it was Diana who inspired him to try out the sport. It was Diana who pushed him to improve and improve. But much to his dismay, those days are nothing but a blur to Diana now.

When she was in seventh grade, Diana was diagnosed with ring chromosome 20 syndrome (RC20).

According to the National Institute of Health, “Ring chromosome 20 syndrome is a condition that affects the normal development and function of the brain. The most common feature of this condition is recurrent seizures (epilepsy) in childhood.”

“I would say definitely [from] my freshman year on she was definitely a role model in my life, in the way she fought through her epilepsy,” Wagner said. 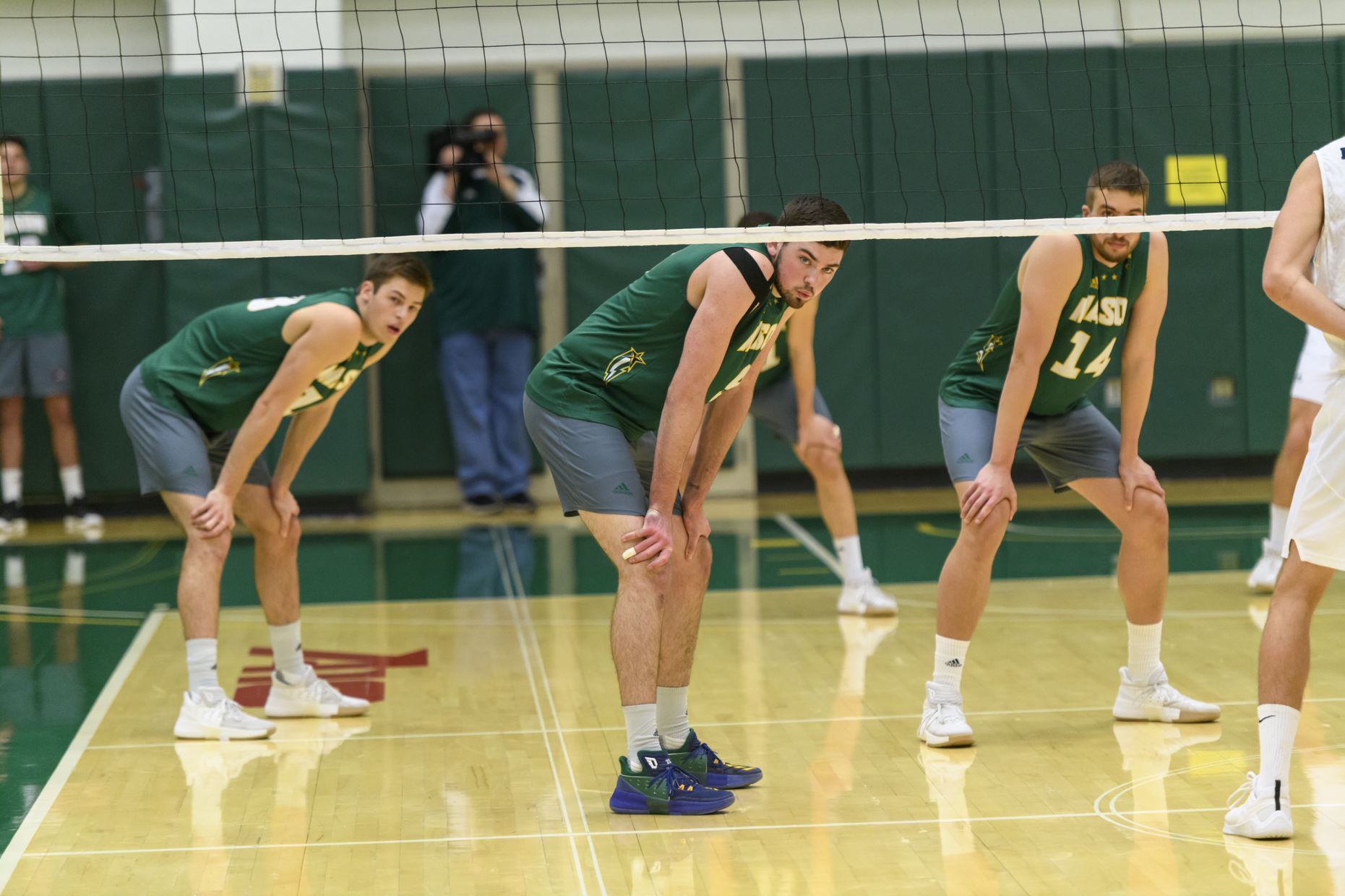 After enrolling at Mason, Wagner came in as a nursing major and tried to do both volleyball and the nursing degree track, but he changed his mind. “I just couldn’t do both,” he said.

Even after changing to a degree in finance, nursing has a special place in his Wagner’s heart. While doctors would attend to his sister once or twice a week, nurses were also on call 24/7 to attend to her.

Seeing those nurses help her inspired him to want to help others as much as possible. Wagner shows he is still impacted by Diana on the court, but not in the way most would think.

If fans were to visit the RAC and see Wagner in action, they would notice something different about his uniform: his purple and lime green shoes.

“My sister [is] the whole story behind my purple and lime green shoes,” Wagner said. “She played volleyball before her epilepsy stages, so that’s why I wear purple. It’s the color of epilepsy, and lime green was her favorite color.”

Wagner also sports the number 22, which his sister wore during her volleyball years.

“She was definitely a big person who pushed me to pursue my dreams of volleyball, and she’s definitely a person I always remember when I step onto the court and use that as motivation,” Wagner said.

When he first came to Mason, Wagner had two goals in mind. “We’re here to win a conference championship and win a national championship,” he said.

After the Patriots’ early exit from the EIVA playoffs last year, Wagner said, “I know it was a disappointment to come out and lose in the first round of the playoffs to Princeton, but we set a lot of records last year. We were 13-1 in the conference, [and it was] the first time hosting the EIVA championships in the modern scoring era, which was a big deal for us.”

Wagner said, “I’m not satisfied with last year. We didn’t win. 13-1 was great, but we [have] got to do better this year and finish.”

In that match, the two teams split the first two sets. Then Wagner stepped up in the third set, taking complete control of the match.

Head coach Jay Hosack stressed the importance of his performance, saying, “Last year we had a ‘go-to’ player, and it was Jack Wilson in the opposite position. It’s nice to be able to have somebody that you can go, ‘Hey, we’re in trouble,’ and go chuck him a ball in the air and beat [our] way out of it. … Every great program has at least one of those guys, and Hayden has become that guy for us.” 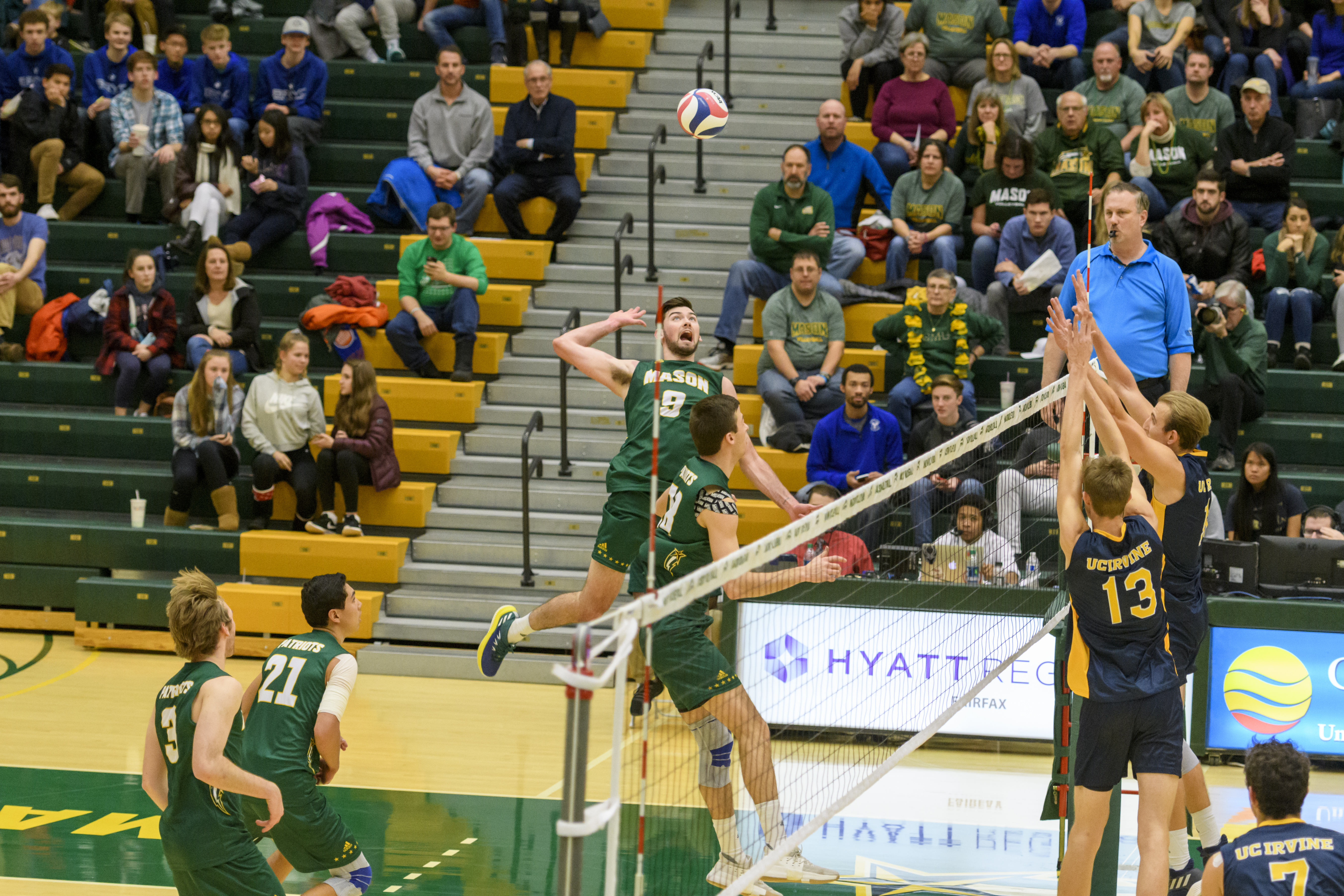 Wagner finished that match with 17 kills, seven more than any other player on the team, and hit over .300 to close out the contest.

He now leads the EIVA with 112 kills on the season, 30 more than Saint Francis’ Michael Fisher, who has 82. Wagner is also averaging 4.48 kills per set, which is second in the conference.

Wagner describes his team impact as “Just playing my game. I have individual goals that I want to achieve, and I keep them in mind when I come into the gym and work my hardest every day, but it’s really about trusting the process. I might have a bad day like I had yesterday or the day before, but I got to wake up the next day and know what to change.”

There’s one thing however, that will never change.