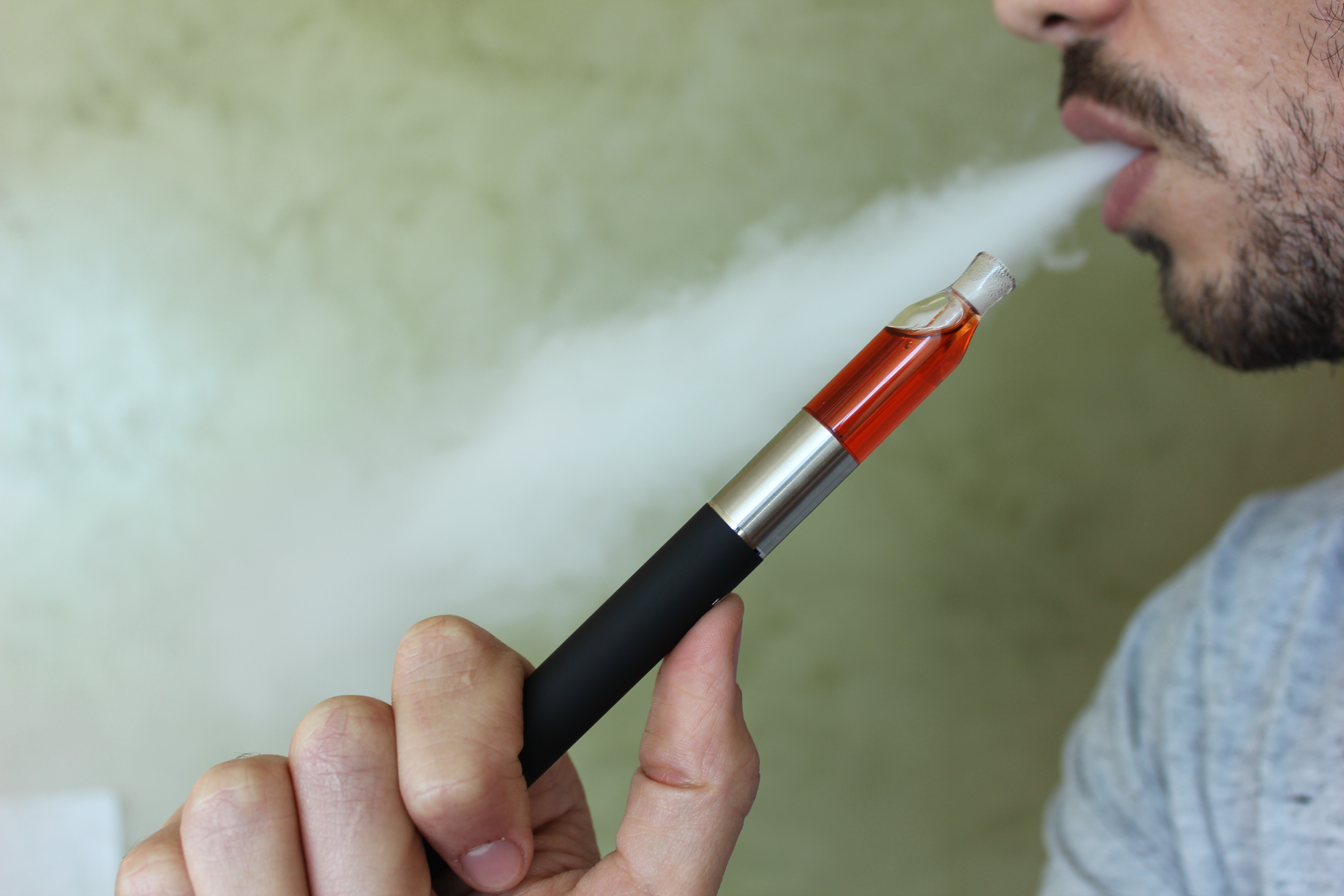 Recent studies on vaping and students’ opinions on e-cigarettes

Whether on the way to class or walking through a residence hall, it would be hard for a day to go by without seeing at least one student vaping. Some students use their vapes to stop smoking cigarettes, while others use both. A common belief is that there is nothing wrong with vaping, but how true is that?

Since it was first introduced, vaping has continued to rise in popularity. “It’s definitely related to the advent of more compact and more efficient vapes,” said Zac Menton, a freshman chemistry major at Mason. “Especially JUULs because they’re so small and deliver such a high amount of nicotine. It’s so much nicotine that people get addicted.”

Freshman communication major Priya Singh added, “They make the [vape] juices really appealing. The mango [JUUL] pods are one of the more popular flavors and have a higher nicotine concentration. So teenagers that are more into fruity flavors instead of the tobacco flavor will get more nicotine.”

Recent studies have suggested that vaping could also be harmful because of certain carcinogens said to be found in the vapor. However, some students still feel that vaping is safer than smoking.

“I don’t even think it’s close,” said Menton. “Most of the chemicals put in cigarettes are not safe for consumption and will deteriorate your health over time, while the main ingredient in vapes is vegetable glycerin, which is naturally based, and I don’t think it’s nearly as [bad].”

Another potential risk is students’ vapes exploding. According to a September study by Dr. Matthew Rossheim of Mason’s College of Health and Human Services, the number of e-cigarette explosions is much higher than initially recorded.

However, this can be true for other technology. Menton compared the situation to when hoverboards kept catching fire and how their manufacturers solved that problem, and suggested e-cigarette companies could find a solution to their malfunctions.

“It’s just like any type of technology, just like with the Samsung Galaxy [phones],” said Menton. “There were several instances of [them blowing up]. It’s just chance. There is a very small chance that your vape will blow up. If you buy a poorly manufactured vape, the chances could be higher.”

According to campus policy, smoking and vaping are prohibited indoors and within 25 feet of doors and windows.

While students are made aware of this rule, many still vape in their dorms. According to Menton, “If you are trying to quit nicotine, the fact that you can use a vape indoors without anyone knowing makes it easy to develop an addiction [to nicotine].”