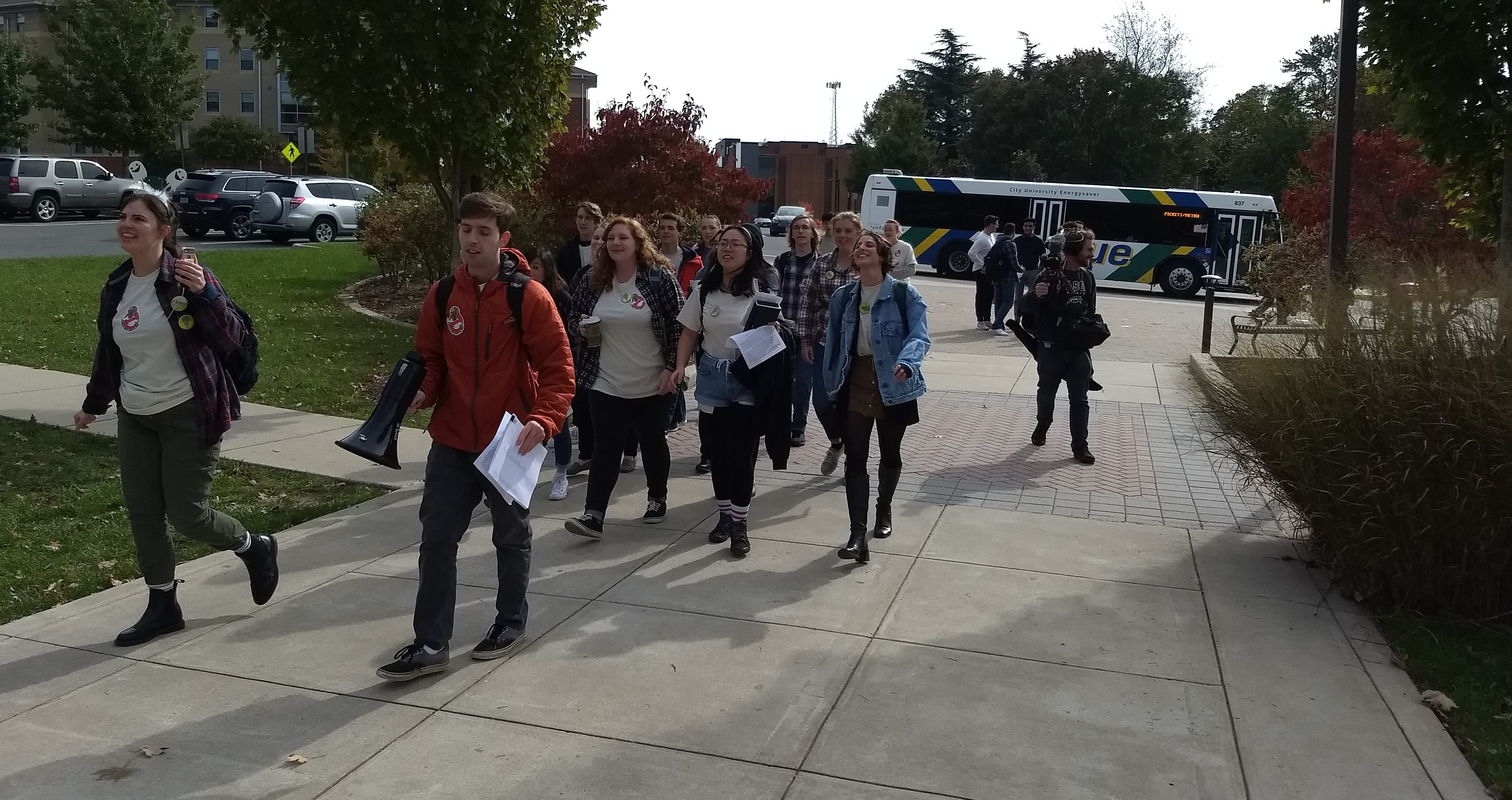 On Thursday, Oct. 25, students in a demonstration organized by Transparent GMU delivered a petition in which they demanded from President Ángel Cabrera, that all Mason gift agreements be released to the public.

Students met in Wilkins Plaza, walked through the Johnson Center and marched toward Merten Hall.

Protestors chanted “Protect public ed! Not private interests!” and modified lyrics to the Ghostbusters theme, “We ain’t afraid of no Kochs.” Some demonstrators wore Ghostbusters stickers with Charles Koch’s face edited onto them. 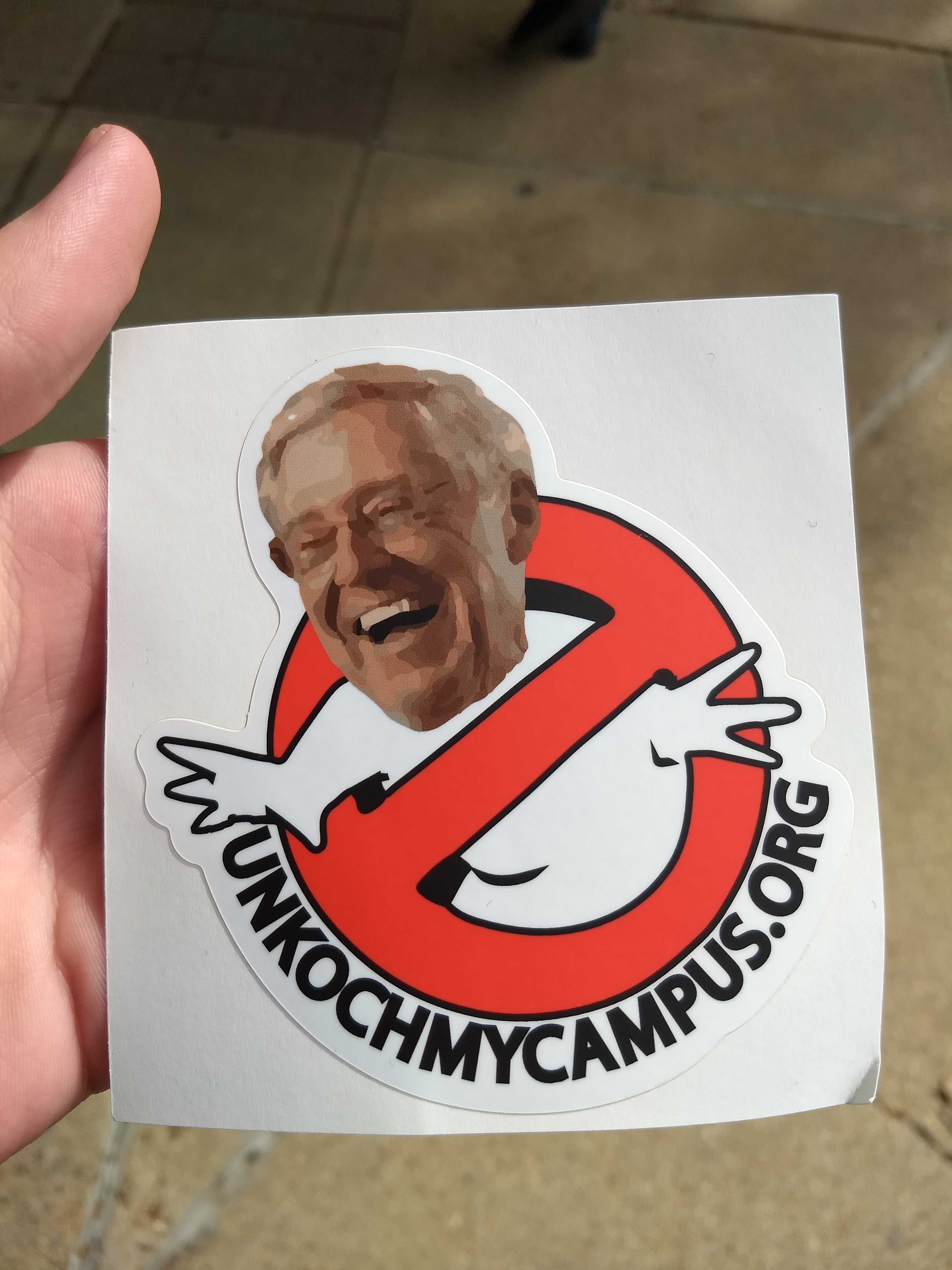 The protest comes partially as a reaction to the recent release of a report concerning gift agreements at Mason. A letter accompanying Transparent GMU’s petition was read aloud by senior integrative studies major Gus Thompson.

“Contrary to [Cabrera’s] repeated assertions, the report clearly outlines how private donors with hidden contracts exercise control over hiring professors and dictate research outcomes at our university,” the letter said. “… As students, we have the right to know if what we are being taught is legitimate and unbiased―or if it is corrupted by undue donor influence. [Mason students] also have the right to trust that our president is not misleading us.”

Asked about the demonstrators’ goals, Sarah Ahn, a junior studying conflict analysis and resolution, said, “[The protestors] were trying to rally student support on our way to deliver a petition that we’ve gathered for the president … We’ve had over 1,000 signatures.”

President Cabrera was not in his office when demonstrators arrived to deliver the petition.

When asked about the demonstration’s success, Ahn responded, “We managed to get our petition to his receptionist and we’re sure that she’ll deliver it to him.”

Ahn noted that multiple members of campus police were seen at Merten Hall and suggested it might have been in relation to the protest. When asked about the police presence, a member of Mason’s Police Department explained that a call had been made about the protest by a bystander outside of Merten Hall. They also stated that police were not aware of the nature of the disturbance, and upon further investigation, found nothing out of the ordinary.

Take A Moment For Self-Care