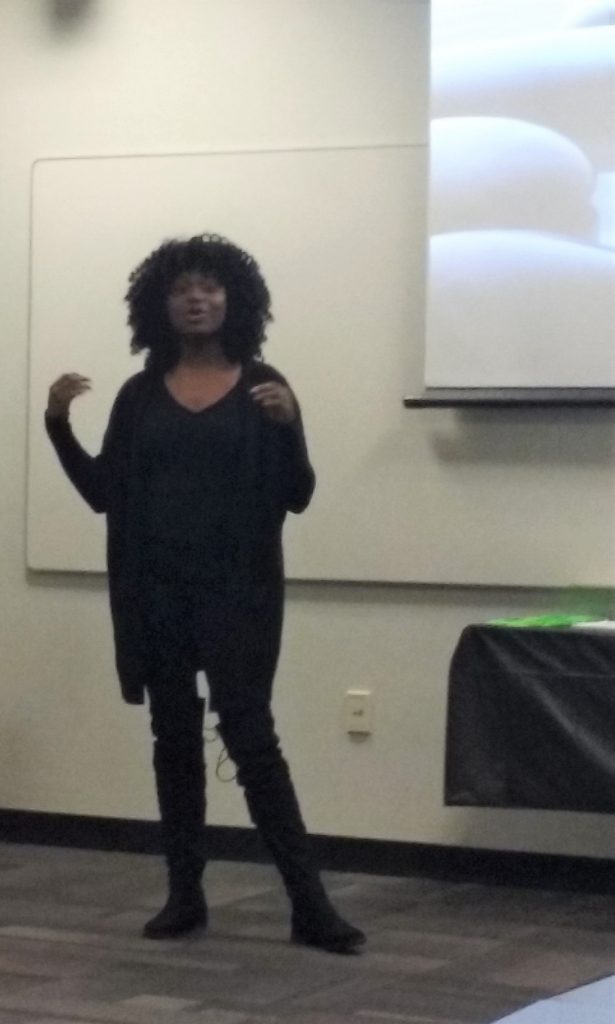 Put five students in a line. Put six in another line. Out of the first line, three students likely have anxiety, around 60 percent. From those six in the second line, likely half struggle with depression. This makes Delta Sigma Theta’s event on mental health,“Beneath the Surface: A Campus Conversation on Depression and Anxiety,” an event that loosens the stigma around mental-health issues here at Mason.

Hosted by the Omicron Rho chapter on Oct. 17, students learned about recognizing mental illness both in themselves and others. The night began when Nicole Cross, senior communications major as well as the co-chair of physical and mental health in the sorority, declared it a “safe zone” before asking students about stressors such as “not [having] enough hours in the day,” “fear of missing out” and “too many assignments.”

The night was not just about depression and anxiety, but also focused on acceptance. Their first guest speaker was Jewelle Daquin, a licensed counselor, who asked the audience if they ever felt anxious or alone. Immediately, every hand went up. Those feelings of isolation or being overwhelmed are all valid. “Whatever you experience … is real to you,” Daquin said. She urged students to “give [themselves] permission” to feel that way without feeling like a lesser person for it. A visible wave of calm rippled through the room.

Daquin also identified symptoms of mental illnesses. For example, symptoms of depression include fatigue, difficulty focusing, loss or increase in appetite and suicidal thoughts. The last symptom, she noted, ”does not appear on its own.” Normally, other symptoms appear before it.

While depression is usually a disorder, anxiety can be natural to a degree. Anxiety is our body’s way of preparing for a perceived threat, with Daquin comparing it to a smoke detector. Some smoke detectors go off during a fire, while some go off for burnt toast. However, it is dangerous to take the batteries out.

A recommended strategy to cope with anxiety is to make a change in how to react to perceived danger. Cognitive Behavioral Therapy (CBT) helps patients to challenge their worldviews. Daquin recommended starting with campus resources and reaching out to loved ones. When your friends and family have these conversations, attempt to get them professional help while also offering your companionship. Having them try to solve everything on their own will just hurt everyone.

The second presenter, Adara Adams, is a peer health educator from the Student Support and Advocacy Center (SSAC). Adams had much information to share about both SSAC and Counseling and Psychological Services (CAPS), which offers confidential help for students in crisis. During the presentation, the crowd piped up with their CAPS experiences. One found her outside therapist through the employees there. A student athlete was recommended to a sports psychologist.

CAPS has more to offer than recommendations and appointments, and is not just for mental illnesses. One example of this is their MindSpa, for anyone needing a break. In this quiet room, students can recline in massage chairs and breathe essential oils. Students can even book 30-minute appointments online and visit between classes.

The night ended with a series of scenarios. Student groups were given a dilemma to solve such as helping a roommate who never goes out or a best friend who drinks more than normal. Cross had each group explain how they would navigate each scenario.

Though the presentation is over, the line of students remains. Thanks to Beneath the Surface, there is now a room’s worth of students ready to help them.