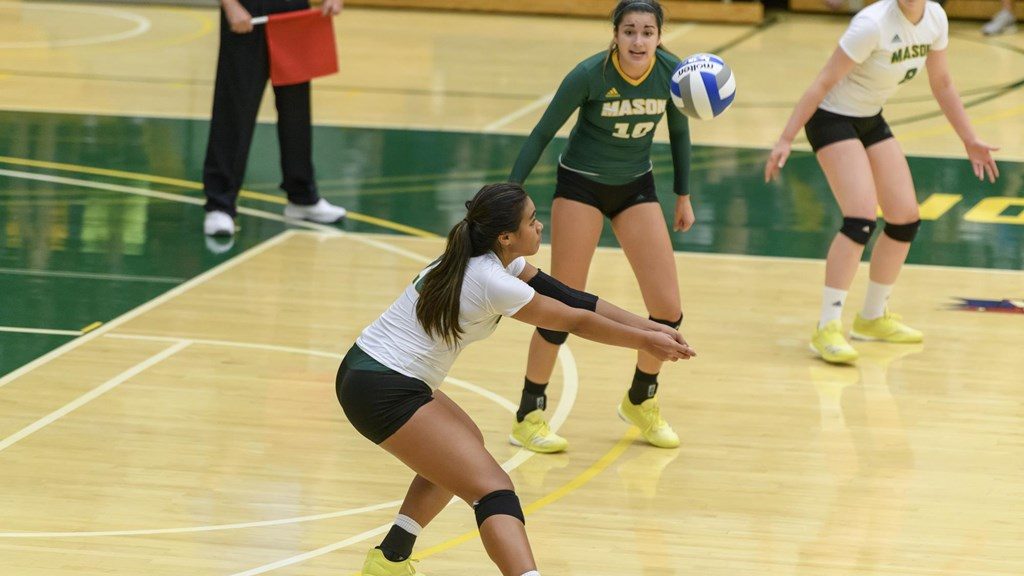 Mason volleyball freshman talks about her transition from Hawaii to Fairfax

Fairfax, Virginia, is more than 4,500 miles from Laie, Hawaii. The trip from the rural Hawaiian city to the suburbs of northern Virginia takes over ten hours by plane, and the two cities could not be any different. It’s a long journey, but one made by Mason Women’s Volleyball attacker/setter ShaLi Niu.

“I lived there my entire life. I went to Kahuku High School,” said Niu. 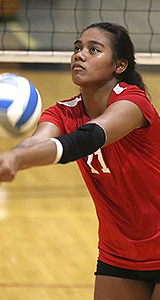 While Niu may be a long way from her hometown, the sport of volleyball is more familiar to her than anything.

“I started playing club volleyball when I was ten years old. My mom was my coach,” said Niu about her introduction to the sport. “She played when she was in high school, so she taught us how to play at a young age.”

Niu loves her home city of Laie and even has plans to move back to Hawaii after she completes her degree at Mason. But the idea of traveling across the country to play volleyball in a new environment was one that excited her.

“I thought it would be good for me to go out and experience something different. I get to play volleyball here and be a part of the nursing program, which is rare in athletics,” said Niu.  “I’ve always been more of an independent person so I’m okay with leaving and like being far away.”

While she misses some parts of her old life in Hawaii, Fairfax has partially won her over in her short time here.

“I like that I can experience different seasons… In Hawaii, it’s always kind of the same. I like being able to go to D.C. and learn about the country, the monuments, and just seeing different things,” she said. “I live in the countryside in Hawaii, so the city is very different for me.”

As she becomes more accustomed to her new environment, she is aware that there are some parts she will not enjoy in the future. This upcoming winter will be her first, and she is already dreading some parts of it.

Niu and her mother are not the only members of the family that play sports at a high level. Her family is full of athletes and their talents have taken them all across the country.

“I have six siblings and I’m the second oldest,” Niu said. “My older sister right now, she’s a year older than me, she’s a sophomore at Eastern Washington University. She plays volleyball there also. She’s a setter. My younger sister is in high school playing also.”

While exceptional skills at volleyball are in her bloodline, her family’s athletic talent spans beyond just volleyball. Niu has two cousins that play football at a high level as well.

“I have a cousin that played for the University of Utah. My first cousin is playing at St. John’s college. He is projected to go to … the bigger schools. He has offers from Virginia, Utah …  I don’t know where he’ll go. He’ll choose.”

Niu is one of the best attackers on the Patriots women’s volleyball team. She has tallied 73 kills on 224 total attack attempts through four games this season. The freshman is fourth on the team in both respective stats.

Niu and the Patriots will be in action Oct. 5 and 6 when Fordham and Rhode Island visit Fairfax for a two-game home swing.