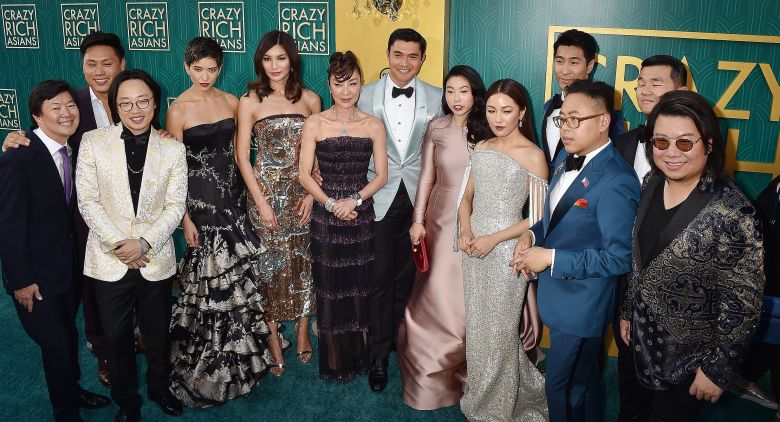 August 2018 was “Asian August” for Hollywood. “Crazy Rich Asians”, the first all-Asian cast in a Hollywood film in 25 years, became an unexpected box office success, grossing $170.8 million in the first 30 days after its premiere on Aug. 15. Another movie that hit the box office last Aug. was “Searching”. Earning $9.7 million in its first two weeks, it became another main contributor of “Asian August”. The film is often described as Hollywood’s first mainstream thriller with a lead by an Asian-American actor.

The surprising success of these two films have brought the American media’s representation issues to the surface and ignited the rallying call for greater Asian representation in Hollywood.

Asians have undergone various racial discriminations in Hollywood. “Whitewashing”, the practice of casting non-white characters being played by Caucasian actors, can be seen as a form of this. Hollywood has constantly received huge criticism for whitewashing Asian roles. “Ghost in the Shell”, an American movie based on a Japanese manga, was heavily criticized for casting Scarlett Johansson, a Caucasian actress, as a character whose ethnicity is originally Japanese. Rupert Sanders, the director of the film, commented that “We’re not making a small Japanese version of the film. We’re making a global version of the film, you need a figurehead movie star.”

Although race-based discrimination still exists in Hollywood, there are some signs of progress. More films and TV shows representing Asian stories have been released. “Fresh Off the Boat”, an American sitcom series based on a Chinese-American family, got positive reviews with a 91 percent rating on the American review website Rotten Tomatoes. Also, “To All the Boys I’ve loved Before”, Netflix’s new romantic comedy, based on a Korean-American girl, drew much attention from the public. On top of that, according to the Hollywood Diversity Report 2018, non-white actors accounted for 13.9 percent of the leading roles in mainstream films in 2016, which is a 3.4 percent increase compared to that of 2011. Also, several Asian actors noted that Hollywood’s current representation status is much better than the past.

In an interview with Larry King, John Cho, the Korean-American actor who played the lead in “Searching”, said, “Asian representation in Hollywood is getting better”. Michelle Yeoh of “Crazy Rich Asians”, said, “Finally we [Asians] can be seen and heard” during an interview with ABC News.