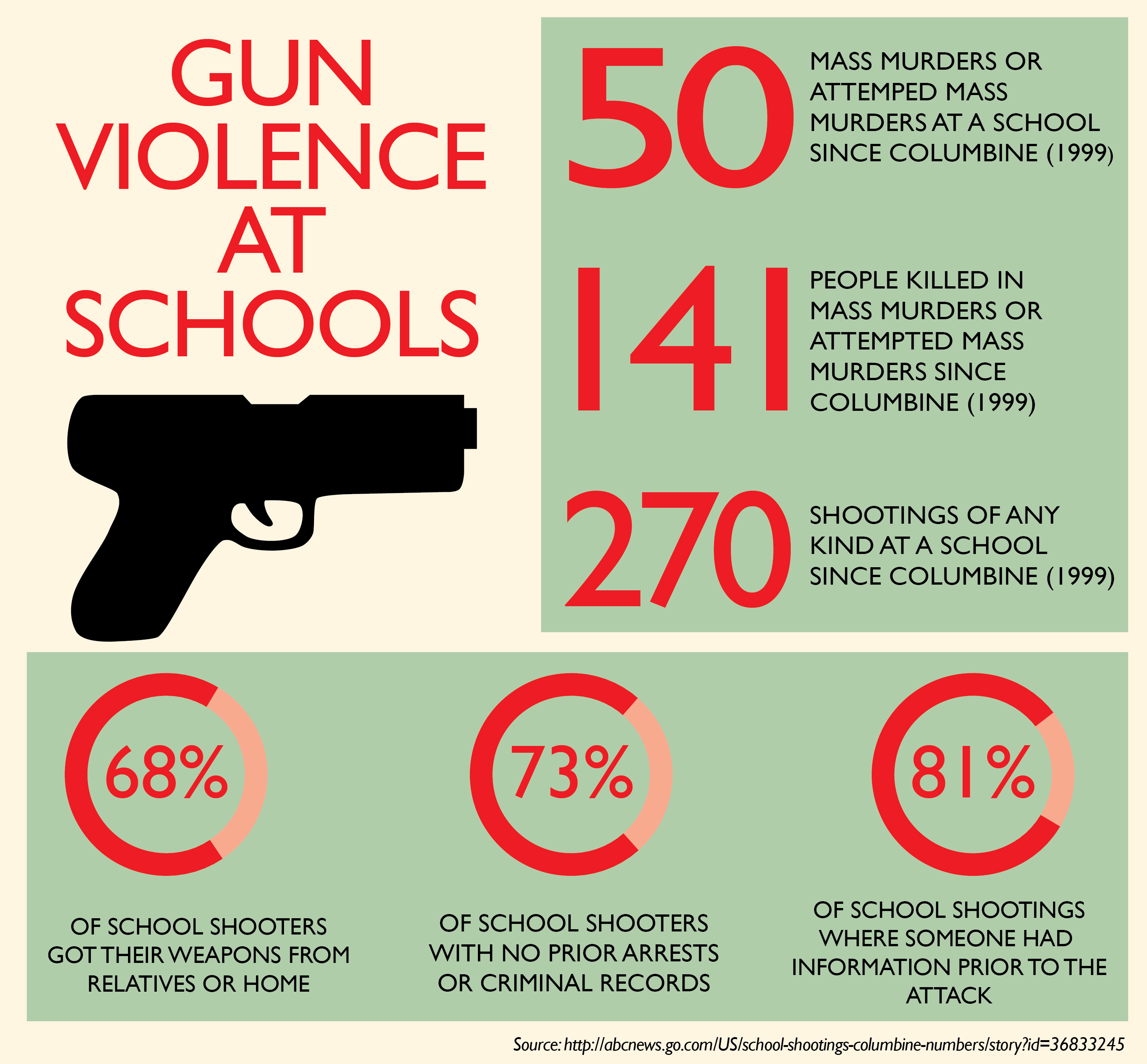 The debate on gun control has been revived once again after Wednesday’s horrific school shooting in Parkland, Fla. It seems after every mass shooting our legislators, political commentators, news anchors, and practically everyone I know is quick to blame “the other side” for these terrible tragedies. Some blame violent video games (such as Kentucky’s Gov. Matt Bevin). Others blame the lack of restrictions on guns, some argue that mental health support needs to be reevaluated, and a few Florida legislators are relying on thoughts and prayers.

The problem with this recurring debate is that people on both sides of the aisle treat it as a black and white issue. Either guns are the problem or the people are. Like most issues that are controversial among society, though, it is a multifaceted debate. Every sane person can agree that these mass shootings should be stopped, yet why have they not?

According to the Washington Post, Congress has passed only one major law strengthening gun control since the deadly school shooting at Columbine High School in 1999. However, that law did not come into effect until after the mass shooting at Virginia Tech in 2007 that killed 32 people. Less than a year after the VT shooting, President Bush signed a law that would require individuals who were mentally unfit or unqualified to own guns to be easily identified through the National Instant Criminal Background Check System (NICS). Despite that law, a mentally ill man was able kill 20 children and 6 adults at Sandy Hook Elementary School after he stole his mother’s legally obtained weapons. While the Obama administration attempted to push for tighter gun control, some states took a few steps back.

According to the National Conference for State Legislators, in 14 states those who are able to purchase a firearm are permitted to carry the firearm in public without a permit. In ten states, you are allowed to carry a concealed firearm onto a public university or college. At Mason, non-student and non-staff members can carry a firearm in public spaces on campus (students and staff, however, are not permitted to carry firearms).

It is as if nothing that our legislators have done so far is truly fixing the problem. We still have mass shootings, students are still dying, and the public is becoming increasingly numb to these tragedies. Our legislators cannot rely on thoughts and prayers to fix the issue, they cannot put the blame solely on one part of the argument, and we must look at all sides of the argument and realize that it is going to take real change to truly stop these horrific events.  Whether you are a diehard supporter of the Second Amendment or believe that all guns should be banned, it is critical to realize that for anything to be accomplished it will take compromise and action from both sides of the argument.

While most people who own and purchase guns legally (my family included) are not going to commit heinous crimes, it is scary that it is possible to walk around with an AR-15 on a school campus without legal repercussions. If I saw a student carrying a firearm on campus, no matter who it was, I would not feel safe. I would be concerned for my safety.  I do not want guns on school campuses, I do not want any more senseless deaths–I want change that supports both sides of the argument. I want our legislators to work together for the benefit of our nation’s children to fix this awful plague.

OPINION: What’s the deal with compromise?