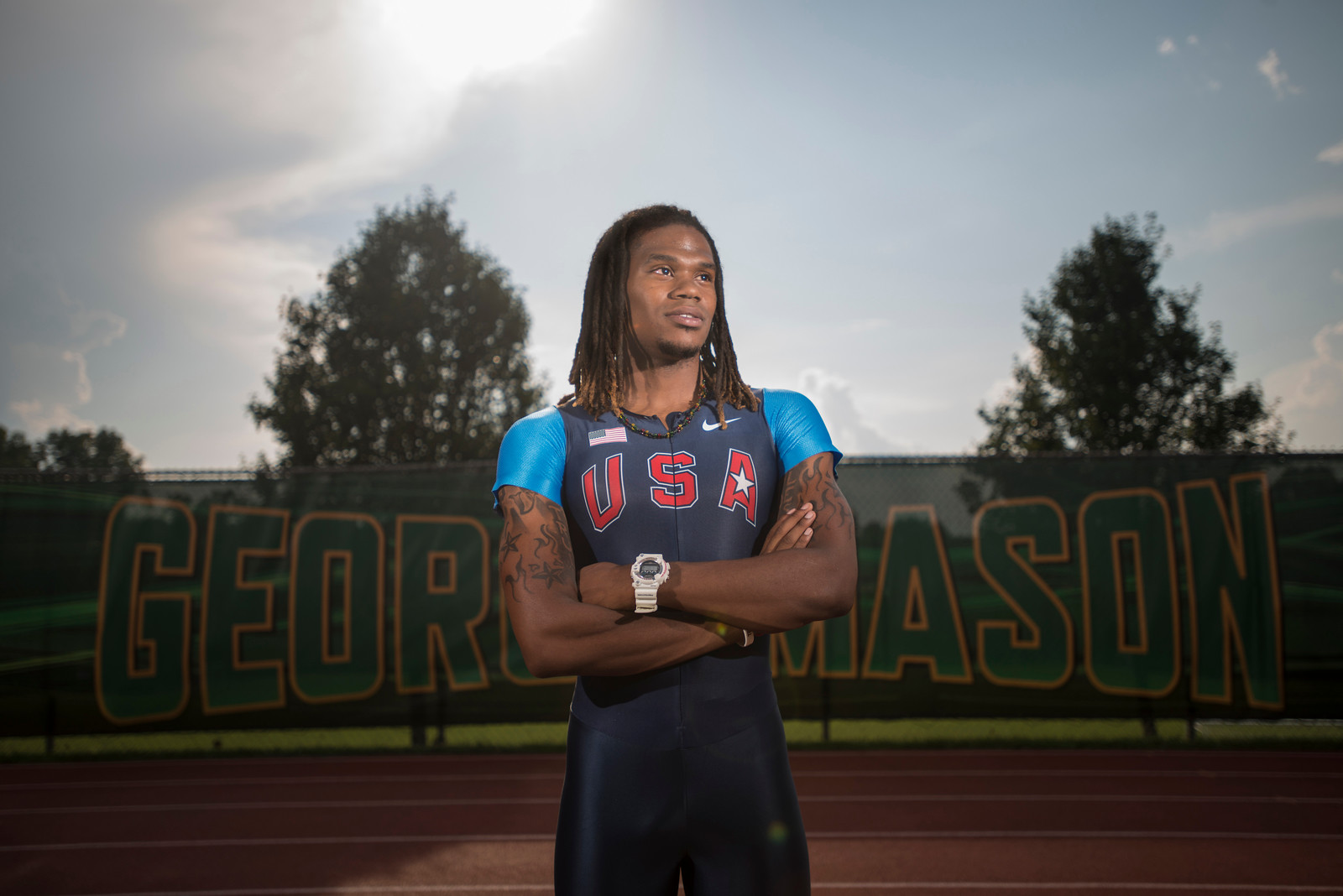 “It’s a good feeling, not too many people can say they have an Olympic gold medal,” Verburg said.

Verburg, a member of the class of 2013, competed in the 400 meter dash and 4×4 relay for team USA during the Olympics held in Rio de Janeiro.

On his first day competing, Verburg lined up for round one of the 400-meter race and finished in 45.48 seconds, which qualified him for the semifinals. He made it to the second round of the semifinals the following day, finishing at 45.61 seconds and coming in fifth place.

“I had been dealing with an injury all year, and as the season went on, it just got worse,” he said. “I didn’t want to put my team in jeopardy by running the final, holding them up, because at that point, it’s not just me, it’s my whole relay.”

Verburg had a late start to his career, but during his junior year at E.C. Glass High School in Lynchburg, Virginia — his first year running — he surprised everyone when he made it to the Nike Indoor National meet. He returned to track and field the following year, catching the eyes of many college coaches.

Some scouts passed over Verburg due to his inexperience, but Mason’s assistant track and field coaches pointed him towards Mason.

Director of Track and Field Andrew Gerard said Verburg had “speed, aggressiveness [sic], attitude and a ton of potential.”

“One of our assistant coaches, a woman named Katrina Allen,” Gerard said, “knew David’s family. His family was in Lynchburg, Virginia, at the time. Her family and his family had a connection, so Katrina was actually the one who recruited David and encouraged him to look here.”

“We liked what we saw. David didn’t have a lot of running experience in high school, but he was pretty aggressive, so we liked what his potential was.”

Verburg’s career continued to expand after his freshman year. Gerard said he had “no quick spikes” of progress, instead “improving steadily and consistently.”

“I progressed at a pace that was necessary to get where I need to go. So, I came into college running a 47.1, and I left running a 44.7 which is definitely a big progression,” Verburg said.

After an attempt to qualify during the Olympic trials in 2012, Verburg tried again during the 2016 Olympic trials, where he finished in third place and secured his spot on team USA. He qualified for the 400 meter and the 4×4 meter relay and left with an Olympic gold medal.

“Unless a major injury happens like that,” he said, “I don’t know why I wouldn’t be at the next Olympics. At that point, I’ll be 29, and sprinters usually don’t peak until their early 30’s, so I’m still well up in my range.”

Verburg will compete in the Track and Field World Championships in August 2017.