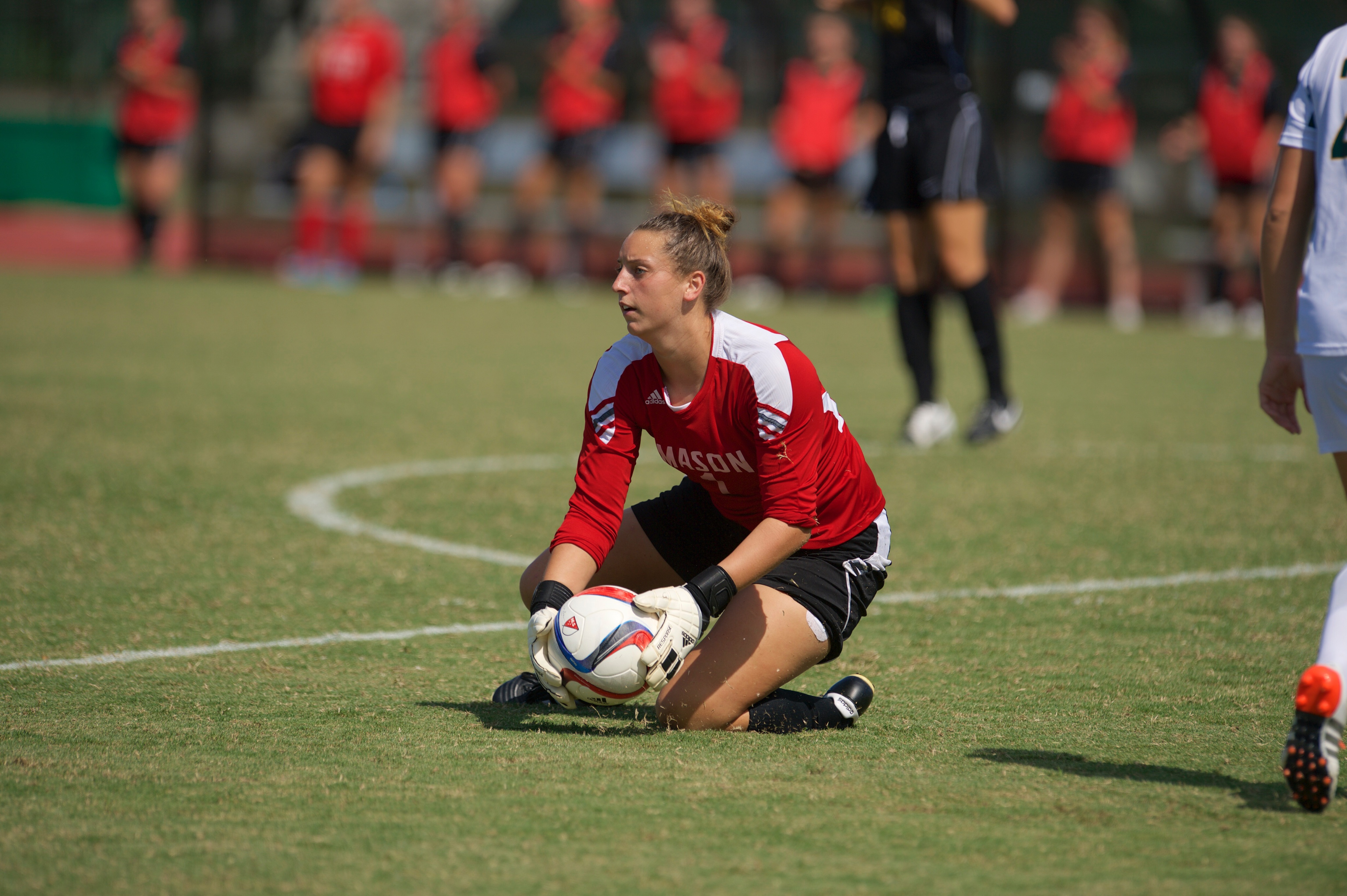 Kirsten Glad on the field in an earlier match. (Rafael Suanes/George Mason Athletics)

The George Mason Patriots defeated the Old Dominion University Monarchs for the first in time in 23 years when the women’s soccer team won their season opener Aug. 19, defeating ODU 2-1 at home.

“We wanted to try to play to our strengths tonight,” head women’s soccer coach Todd Bramble said after the match. “Defensively, we wanted to try to mix our pressure up and be a little bit unpredictable. Sometimes, we were going to press up high and try to be disruptive; sometimes, we were going to sit back a little bit and just protect the space in our half of the field.”

Most of the first period was a defensive struggle, with both teams taking a combined six shots before the Patriots broke through in the 35th minute. Midfielder Alex Myers, assisted by forward Nia Elbeck and forward/midfielder Emily Littell, put Mason up 1-0 by sending the ball through the right side of the net after the goaltender left it open to break up a pass.

Much of the same continued in the second. The Monarchs made 12 shots before they scored a rebound into the back of the net during the 72nd minute.

But the Patriots were quick to respond.

Less than one minute later, midfielder Abby Downey sent a header into the net off of a corner kick by defender Hugrun Olafsdottir, breaking the tie for a 2-1 Mason lead.

ODU, however, was not ready to walk off the field.

“Once we scored the second goal, we were under some heavy pressure after that,” Bramble said. “They were throwing a lot of numbers forward, and we were having to withstand some serious pressure.”

The Monarchs outshot the Patriots 4-1 in the final 17 minutes, adding on to the 12-1 shooting lead that had amassed before the Monarchs scored. But with the help of two saves by Glad, the Patriots maintained their lead for the remainder of the match.

“Weathering that storm,” Bramble said, “that’s a character check in those moments, but our players came through and passed that test tonight with flying colors.”

In addition to those two saves, Glad tallied eight more throughout the match.
Two days after winning their home opener, the Patriots traveled to Charlottesville, Virginia, where they suffered a 0-2 loss to No. 4 seed University of Virginia. They recovered and defeated American University 2-1 at home on Aug. 25.