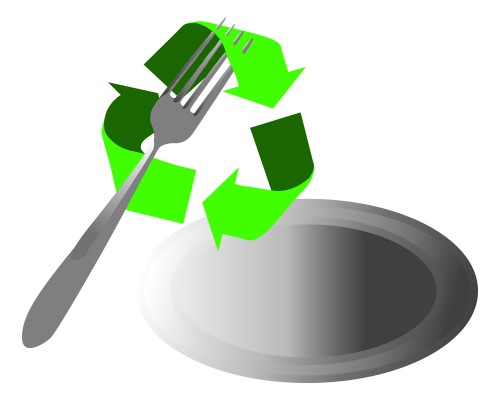 Mason’s Sustainable Food Systems Symposium on April 1 was one of numerous events that will bring together students, staff and faculty to examine emerging food systems during the university’s Earth Month.

The symposium was a chance for Mason students and regional sustainable food experts to discuss how the university can improve its commitment to sustainability by increasing the presence of local food on campus.

90 registered participants attended the event. The symposium included an opening keynote speaker, a series of panelists, small group discussions and a networking lunch.

According to the program’s statement of purpose, the event was designed to give students the opportunity to network and “engage with panelists in pursuit of opportunities for internships.”

Michael Gilmore is the principal investigator on the U.S. Department of Agriculture (USDA) grant that founded the symposium. The co-principal investigator is Andrew Wingfield, associate professor for New Century College. Danielle Wyman-Castellano from the Office of Sustainability and Emily Bowman-Lipton, an undergraduate intern also with the Office of Sustainability, assisted with the planning of this event.

The symposium was funded by a U.S. Department of Agriculture grant that was also intended to develop a Food and Agriculture concentration within the Environmental Studies and Sustainability major.

Wingfield has been planning the curriculum for the new concentration since January 2015 and it will be available to students next fall. This concentration will include Sustainable Food Systems, Food Policy and Professional Pathways courses in addition to food system electives. The symposium not only served as an event to inform students of the new concentration, but also to expose students to the wide range of careers in the food systems field.

Through the symposium, Wingfield hoped to “create an event that would give everyone in attendance a snapshot of the diversity of issues” involved in food systems. He selected panelists that work in food sustainability in the immediate region to expose students to “informal educators.” According to Wingfield, students often view professors as their primary sources of knowledge and fail to take advantage of other learning opportunities. The decision to invite professionals from differing age cohorts and career fields was done to attract as many students as possible.

The symposium’s keynote speaker, Tanya Denckla Cobb, director of the University of Virginia’s Institute for Environmental Negotiation, spoke regarding the community-building effects of local food systems. According to Cobb, grassroots food systems, such as community gardens, have the ability to heal neighborhoods. Community gardens can increase camaraderie within a neighborhood, leading to a decrease in crime and an increasingly enriching community, Cobb said.

Through local food systems, “we will be achieving the definition of communal food security, which is about justice,” Cobb said. She also hoped to “entice you [students] into the world of the food movement where a world of possibility awaits you.”

The first panel presentation was on sustainable food production. It included opening statements from professionals involved in the development of sustainable farms, food access programs and food safety.

The second panel, on sustainable food distribution, included professionals working in the U.S. Department of Agriculture and food systems developers.

Jen Hawse, regional market manager for Relay Foods in Washington, D.C., and Baltimore, spoke on the importance of developing regional food accessibility and buying local. She works with more than 200 producers to provide products for Relay Foods, an online regional food hub with pickup locations or home-delivery options.

“We source what we need. We don’t source to make it abundant for the consumer,” Hawse said.

Natalie Talis, policy associate for the National Farm to School Network, focused on the importance of early nutrition education.

“It is about enticing people to feel empowered to make their own healthy food choices,” Talis said.

Emily Novak, resident advisor for Mason’s Sustainability Living Living Learning Community, was excited to see so many food-centered professionals gathered in one place. Although food is mentioned in sustainability classes, she said courses do not spend much time discussing regional food issues. Novak was happy that Wingfield “noted there was a need for this kind of event.”

Wingfield also emphasized that the panelists benefit from successful relationships with universities and students by gaining valuable internship applicants and forming personal connections.

“I found it really energizing to have these people from off campus come to campus as educational resources,” he said.

In addition to the Sustainable Food Systems Symposium, several other Earth Month events are centered on local food systems and the development of sustainable food markets.

Wyman-Castellano has spent four undergraduate years and seven professional years at Mason. In that time, she said, Mason’s responsiveness to food systems has changed dramatically.

When Wyman-Castellano first came to Mason as a freshman, there was “no mention of sustainable local foods, organic foods, nothing.” In the past six years, however, there have been huge turnovers in management of Sodexo, the contracting company that runs Mason Dining.

She attributes some of Mason’s progress to Michel Wetli, general manager of Mason Dining. Wetli is a “front-runner and huge supporter of sustainable foods,” Wyman-Castellano said. According to her, Mason Dining dedicates six percent of its annual budget to purchasing locally-sourced foods. The work done by Mason Dining to increase food quality and decrease food waste has transformed the dining halls since her time as a Mason student, she said.

Wyman-Castellano believes the development of local food systems is especially important to the Fairfax area because of its dense population and scarcity of local farms — there are only two in the region. Thus, the majority of Fairfax residents rely on food from farms that are not nearby. In order for people in Fairfax to gain access to food, huge quantities of it must be shipped. This can hurt the environment, since fossil fuels are used to transport food items.

The combination of a dense population and lack of local farms “doesn’t create a resilient system,” Wyman-Castellano said. In the event of a shortage of fossil fuels or a breakdown in the ability to transport goods, she explained, people in Fairfax County will not be able to feed their families. To illustrate the social impact of such a breakdown, Wyman-Castellano explained that “hungry people are angry people.” She said building resiliency within regional food communities is vital for long-term sustainability.

Mason’s connections to local food systems are few and far between.

“Connections are my office, and that’s really all that I see being done,” Wyman-Castellano said.

Some of the connections the Office of Sustainability has organized are Mason’s Community Supported Agriculture program and Mason’s Farmers’ Market.

Wyman-Castellano also emphasized that “any really significant change in regards to the food system here at Mason is really student-driven.” Mason’s chapter of the Real Food Collective has been very involved with increasing the sustainable foods available through Mason Dining. According to its mission statement, the National Real Food Collective is a “student group working to maintain a national network of student food activists.”

The Real Food Collective assesses whether ingredients used by Mason Dining qualify as “real foods.” Mason’s chapter is working to get 20 percent of Mason Dining’s budget dedicated to “real foods.”

“It could be really powerful if we could get student support for something like that,” Wyman-Castellano said.

Above all, she emphasized that “students need to realize that the food choices they make really do matter.” When students purchase food on or off campus, they are voting with their dollars, she said. She added when students take time to consider the economic, social and environmental stability of certain products, they can influence the abundance of responsible products in the market.

According to Wyman-Castellano, students are “starting to develop a little bit of awareness and asking, ‘Where does your food come from?’.