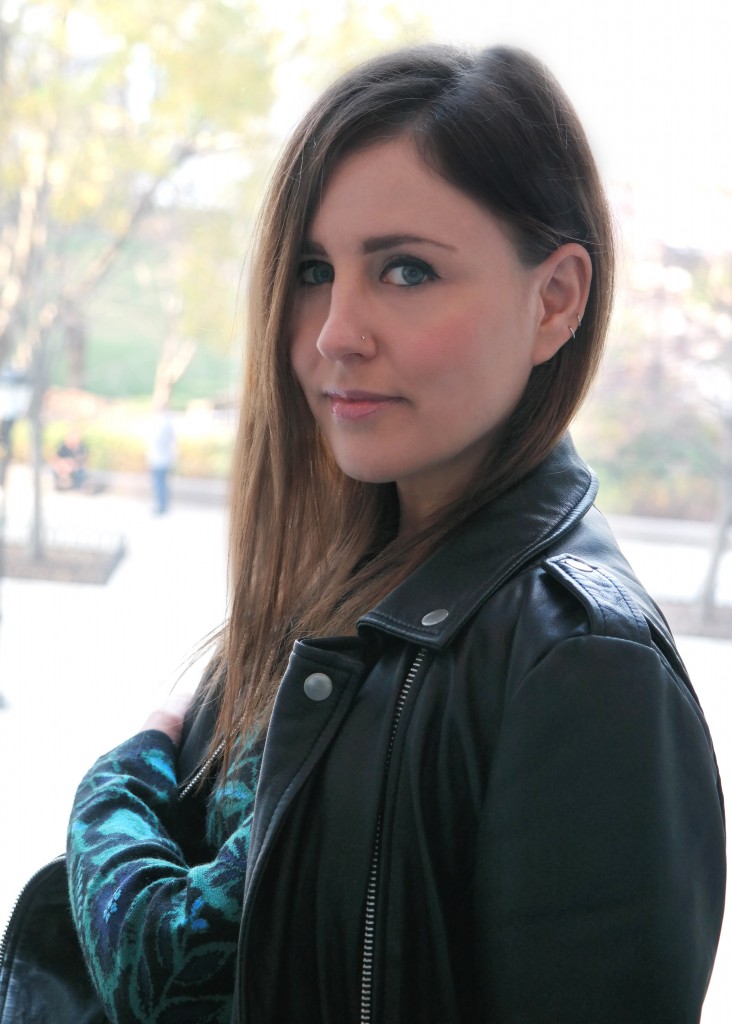 Not everyone goes into a career that has to do with what they studied in college. Not long ago, Deanne Kaczerski was a Mason Patriot sitting in class, attending basketball games, hanging out in Corner Pocket playing pool — and studying science. She is now the editorial director of MIMI Chatter, a website devoted to all things beauty and fashion.

Kaczerski and the staff update the website 24/7 and post 50 stories a day year-round. “It is Time Inc.’s only mobile-first, socially fueled editorial brand that is dedicated to beauty news, service and beauty inspiration through a pop culture lense,” she said.

Kaczerski has been at MIMI for almost a year now.

But it didn’t come easily for her. Kaczerski has worked hard to climb the digital publishing ladder even before she graduated from Mason.

Kaczerski has worked at big publishing names within the Hearst Corporation since she has left campus and it is all because of her passion for her job. “Being a professional shopper since the age of three,” Kaczerski said, “I once threw a tantrum in Bloomingdales over my parents not buying me a Mickey Mouse watch.”

But she had a long way to go before realizing this was where she belonged.

Kaczerski was 16 when she graduated high school and was the youngest person in her graduating class at Mason. “I was actually not allowed to live on campus my freshmen year because I was so young,” Kaczerski said.

As a biology major, her original plan was to go into medicine, but things took a turn her junior year. “I had gotten to a point in my schoolwork where we were dissecting something, and I was like ‘I cannot do this anymore,’” Kaczerski said.

She decided to switch her major to psychology her senior year and started to learn more from her about “this cool new program language that just came out” called HTML. They encouraged Kaczerski, who was a studio art minor and had been painting since she was six years old, to make an online portfolio for some of her paintings.

After graduation, with the help of a coworker in IT person at her  job at Z University, Kaczerski created her first website. “I loved the fact that it was new,” she said. “I just kept pursuing it.”

Through networking, Kaczerski eventually landed a job at AOL. “I helped create their team portal, called Red and helped create some of the Internet’s first fashion and beauty content that existed,” Kaczerski said.

She loved working for AOL and writing for their fashion section. “I remember a very specific point in my career where Alexander Wang, his cousin and his mom [were] on the phone because this was when he was just starting out,” she said. “It was his first or second collection where he was still doing cashmere, tunics and sweaters. The Alexander Wang tripod was what it [the fashion line] was called.”

Wang later sent Kaczerski a box of his samples, which she reviewed in an article for AOL – one of the first media corporations to review Wang’s products online.

After six years at AOL, she got a job running the website of CosmoGirl magazine. “It was amazing to go from a digital [leader] at the time, like AOL, to a massive publisher of some of the world’s most prestigious magazines,” Kaczerski said. CosmoGirl was owned by the Hearst Corporation, which also owns other magazines like Marie Claire, Cosmopolitan and Esquire.

Kaczerski helped lead the digital charge at the magazine. “When I got there, CosmoGirl was just publishing magazine content [online] once a month, or they would schedule it out that a story would go live every other day,” she said. “I took a site that had 2 million page views at the time roughly and took it up to 6 million after about a year.” She also encouraged the company to create original content and post it multiple times a day.

“That really helped my career trajectory at Hearst because I, along with some of my co-workers, taught everybody what we wanted to do.” Kaczerski helped the brand use its power to create exciting, original content and triple page views within a year. Even when CosmoGirl magazine folded, the website continued running under the direction of Kaczerski.

She was then asked to help launch a beauty-only website that Hearst could use to sell advertising. With almost no budget and a handful of freelancers, Kaczerski and others created Real Beauty. The site, which Kaczerski ended up running for four years, saw almost 1 million page visitors by the end of its first year.

A great opportunity came her way when her boss approached her to oversee a new site in Hearst’s portfolio: Elle Magazine. Kaczerski was just about to go on a several-month maternity leave, but she accepted the job and only took seven weeks and five days off. “I am totally type A and couldn’t be away for that long,” she said.

She became the editorial director for Elle’s website while still running Real Beauty and later folded the company into Elle to grow the site approximately 12 percent in one year.

From Elle, she accepted an open editorial director position at Marie Claire. The magazine had not had an editorial director for a while and needed help growing. “I really love a good challenge. I feel like that is where my strength is,” Kaczerski said. She grew the website from 2.1 million unique views to 6.1 million in the year she was there.

From Marie Claire, Kaczerski was recruited to her current job at MIMI Chatter. “I had just launched Real Beauty. I had done a beauty start up and knew how to do it on budget [and] with no budget,” she said.

At MIMI, it was the staff’s job to create a relatable, beauty-specific site with a focus on news for millennial women. MIMI went from zero to 2.1 million unique views in seven months, which is a huge increase for a website in such a short amount of time.

“What I love about being in editorial is that your day is never quite the same.” She explained that there is a similar outline day to day, but there is “always something new … that I am passionate about.”

As far as her own style goes, Kaczerski describes herself as a jeans and t-shirt girl. “I have things that I purchase that I just want to look at, [things] I will never use or wear. It just sort of exists in my world because it’s beautiful.”

Her day starts at 6 a.m. when she starts looking at links and approving stories. “Being in this industry for as long as I’ve been — I think about 18 years now — it is not work to me,” Kaczerski said. “This is what I would be doing anyway. I love this. If I wasn’t in this, I probably would have been a blogger.”

She explains that her work takes a different mindset and requires a special type of person. You have to be passionate about your work to spend this much time on it. “When you work in digital, you are just a 24/7 person,” she said. “If you are going to excel in digital, you need to not only be able to wear multiple hats, but constantly be on-the-go and not be fatigued by that.”

Her advice to hopeful fashion and beauty editors is to “go digital” and practice writing. “At the very root of it, you have to be an excellent writer,” she said. “Even digital is going to change within the next five years, and it’s going to be all about creating content just for Facebook or just for Instagram or just for Snapchat or just for the thing that doesn’t exist yet. Magazines aren’t going away; we are just changing the way in which you are digesting that content.”

Kaczerski has two pieces of advice for those hoping to enter the world of fashion publishing: “Be open to change. I think one of the reasons that I have been so successful in my career, despite my ups and downs, is that I have been just open-minded to change. The other is learning how to take criticism and actually peel away the shit that people are throwing at you and understanding what is at the center of that criticism.”

She’s also the perfect example of doing what you love. For Kaczerski, she lives and breathes fashion and beauty. “There is just something about walking into a store and looking at a display wall full of jeans and how they are folded. There is just something amazing about looking at that,” Kaczerski said. “Because my life is engraved in my job and my job is engraved in my life, this is just who I am.”