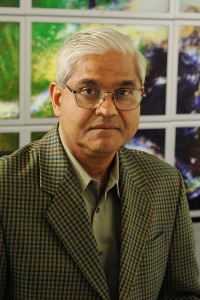 This past Friday, November 13, the Competitive Enterprise Institute (CEI) filed a lawsuit against Mason.

The Director of Media Relations for CEI, Mary Beth Gombita, said in an email that a lawsuit was filed against Mason concerning the email correspondence of two professors — Edward Maibach, the director for the Center for Climate Change Communication, and Jagadish Shukla, the president of the Institute of Global Environment and Society. CEI filed a lawsuit against Mason after finding out that the university had allegedly lied about having these emails involving Shukla and Maibach.

CEI tried to obtain this email correspondence through a Freedom of Information Act (FOIA) request. The institute claimed in the lawsuit that Mason broke FOIA requirements by failing to provide these emails. Gombita said Mason denied the existence of these emails, but CEI believes the claim is false.

When asked to comment on the lawsuit, Maibach claimed in an email that, “I don’t know anything about it yet.” As for Shukla, he said, “I don’t think I can talk about it.”

Sam Kazman, the general counsel for CEI, said the organization wanted to obtain these documents after Shukla and Maibach joined other climate professors in asking President Obama to launch a Racketeer Influenced and Corrupt Organization Act (RICO) investigation into the fossil fuel industry’s influence on climate change policy. Kazman said these professors believe fossil fuel corporations and their supporters knowingly mislead the American people about the risks of climate change, when in fact an increasing number of scientists are saying global warming is no longer a serious threat.

“It seems to me [that Shukla and Maibach are] trying to resort to civil and criminal law and government authorities in this sort of investigation [which] indicates desperation of a sort, namely that they want to shut down this debate in any way they can,” Kazman said.

Kazman continued that through this lawsuit, CEI is demanding access to the emails it believes are in the university’s possession, in addition to requesting that Mason pay for attorney fees.

CEI believes these records exist at Mason because when representatives first asked the university for the emails, Mason denied having them. CEI was later able to obtain these emails through the Washington State and Florida Public Records Act, providing evidence that Mason may have violated FOIA requirements, said Kazman.

“[Professors] Maibach and Shukla are part of a group of professors who signed a letter (RICO-20 letter) coming after their political opponents. We sought their email correspondence on this subject, but GMU told us there were no records,” Gombita said in an email. “That is false, because we have attained some of those records from another school.”

In September, Maibach and Shukla joined 20 other university professors in sending a letter to President Barack Obama, Attorney General Loretta Lynch and Dr. John P. Holdren, director of the White House Office of Science and Technology Policy, suggesting they conduct a RICO investigation of corporations in the fossil fuel industry.

The letter asked Obama, Lynch and Holdren to investigate “corporations and other organizations that have knowingly deceived the American people about the risks of climate change, as a means to forestall America’s response to climate change.” The letter said these corporations include “the fossil fuel industry and their supporters.”

In addition to Maibach and Shukla, Mason professors Paul Dirmeyer, Barry Klinger, Paul Schopf and David Straus also signed the letter. Mason had the most signatures with six out of the 20 signatories representing the university.

CEI is a non-profit that advocates for policy that advances “principles of limited government, free enterprise, and individual liberty,” according to the organization’s website.

Kazman said CEI has never been shy about expressing its view that climate change is an issue whose urgency is frequently blown out of proportion.

“We’re one group that has long been involved in communicating our doubts about the claims that we face a global warming emergency, and we see this [the RICO letter] as one of the more scurrilous attempts to really close down the debate on the science at a time when in fact more and more scientists are taking the view that there is no catastrophe,” Kazman said.

A 2014 report from the Center for Climate Change Communication found that approximately 97 percent of climate scientists believe human-induced global warming is taking place.