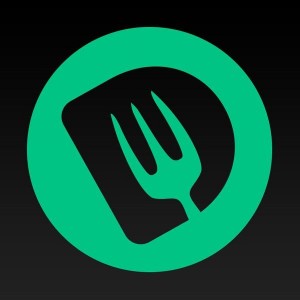 Dash is solving many restaurant and bar customers’ biggest buzzkill: waiting for the check.  The app has most recently paired with the popular Mason spot, the Auld Shebeen, and many D.C. locations.

The Auld Shebeen posted on their Facebook page May 13 to express their excitement about their new collaboration with Dash. “Cash and Credit are so 2014, pay with the Dash mobile app when you’re at the Auld Shebeen and earn free money! So Cool!” the post read.

“Think of it as Uber but for dining out,” said Fletcher Cox, a marketing intern for Dash and a junior at the University of North Carolina at Chapel Hill. 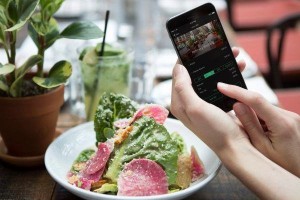 Using the app requires a user to input credit card information, which can be manually entered or synced through Facebook and Venmo.  The app handles the rest.

“You check in on your app once you’re close enough (to the restaurant) and then once you are taking your order, all you do is tell your server that you are paying with Dash,” Cox explained. “They click a couple buttons on an iPad that Dash provides them and enter your order number. Once you have ordered, and they put into the system and it immediately pops up on your phone.”

Dash uses the point of sale (POS) system at bars and restaurants. “You get a live view of what you ordered,” said Cox. Users can watch their tab throughout their meal at the restaurant. Cox mentioned that many users’ favorite feature Dash’s ability to let them view their tab total in real time.

Going for a night out with friends can be tricky in college because everyone likes to split checks.  This app supports itemized bill splitting, making sure that everyone pays only for what they ordered.

“We eliminated the need of college kids trying to figure out how to close their tab at the end on the night, losing time waiting on the tab, or forgetting your credit card at the bar,” said Cox. “If you are paying with Dash you don’t even need to bring your wallet, you can just go out.”

Dash is also providing restaurants and bars with actionable analytics each month based on data captured through the app.

“This app changes the interaction between the server and the patron.  But the only thing that is eliminated is the inconvenience of the waiter coming and asking for your check,” said Cox. “The servers actually like it more than anybody.  It cuts out any awkward interactions and added wait times for the customers.  And it lets them do their job a little better.  Everything is already set, they can focus on other things.”

Dash users can suggest that new venues be added to the app using a feature called “Request Venue,” which lets customers mark restaurants and bars they would like to implement the app. Dash then sends a message out to venues telling them customers are interested in being able to make payments via Dash.  Users can also refer a friend to the app and will be awarded $5 in Dash Cash.

The app also has a feature that measures how crowded and loud a venue is.  It ranges on a scale of “quiet” to “lively,” letting users know what the bar or restaurant environment is like before they enter.

At the end of the night out, users can simply call an Uber straight from the Dash app to get a ride home.

Cox explained that Dash earns back their money by taking a small transaction fee.  “Very similar to any credit card process,” said Cox.

Dash has offered Mason students the promo code “GOPATRIOTS” that they can manually enter after downloading the app to redeem $10 in Dash Cash.  This free app is compatible with iPhone and Android.

Here is a list of the D.C Venues Dash is registered with: