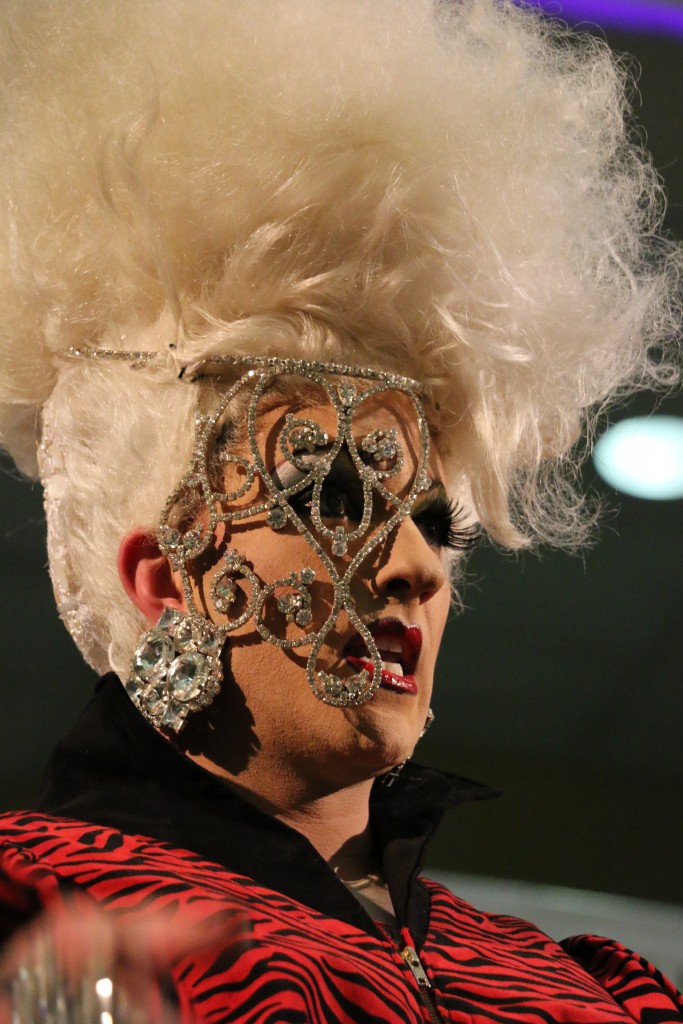 Drag is not only a form of entertainment, it is a way of life. There are professional Drag Kings and Queens that do it for a living, some that do it for fun, and those that identify as such.

One of the performers was Ebone Bell, otherwise known as professional Drag King, E-Cleff. Drag Kings are women who perform as men. E-Cleff started drag about 13 years ago with the DC Drag Kings. To him, drag is “a second form of expression.”

But E-Cleff is only one of Drag Royalty. Drag Queens, men who perform as women, are almost a completely different people. Ryanne Ballsley, who was crowned Ms. Mason in 2009, is one such queen. Legally named Ryan Allen, Ryanne started performing about ten years ago.

She has a slightly different feeling towards drag then E-Cleff.

“To me, I think drag is about expressing gender and having fun with gender in a safe place” Ballsley said.”[But] in a way that is light and campy and glamorous all at the same time.”

However, even amateur Drag Queens have ideas about Drag life. Geoffrey Payne, a conflict analysis and resolution major, has been doing drag for almost two years. He believes drag has had several different meanings and connotations over time.

“For LGBTQ and queer people it has been a form of self-expression that kind of proves that our gender identity and our assigned sex at birth, they don’t necessarily line up,” Payne said. “Our assigned sex at birth doesn’t dictate how we live our lives and how we should express ourselves. Drag kind of gives us another way to kind of free ourselves from that.”

Drag is not only about gender expression, it is also about performing. And the key to performing is lots of confidence.

He continues, “I’ve seen a lot of people who are very shy but when they hit that stage, because they’re somebody else, they get to be somebody else for those few moments.”

For Ballsley however, her onstage persona is similar to off-stage.

“There’s no difference between the confidence that I have as Ryan and the confidence I have as Ryanne, which is always kind of interesting. There are some performers who, their Drag character is extremely confident in how they perform,” she said. “For me, Ryanne and Ryan are very similar in their confidence level, it just happens that Ryanne has makeup and costumes and Ryan really likes to shop at the Gap.”

Smoking out the health risks of vaping