Mason’s Center for Global Education offers a wide variety of programs that go all over the world, but in 1993 they were just a small office with only a handful of students interested in studying abroad.

The Center for Global Education, originally named the Office of International Exchange and Study Abroad, used to be located in a trailer next to the library but has since relocated to the Johnson Center, with a name change and offers more than 100 different programs. 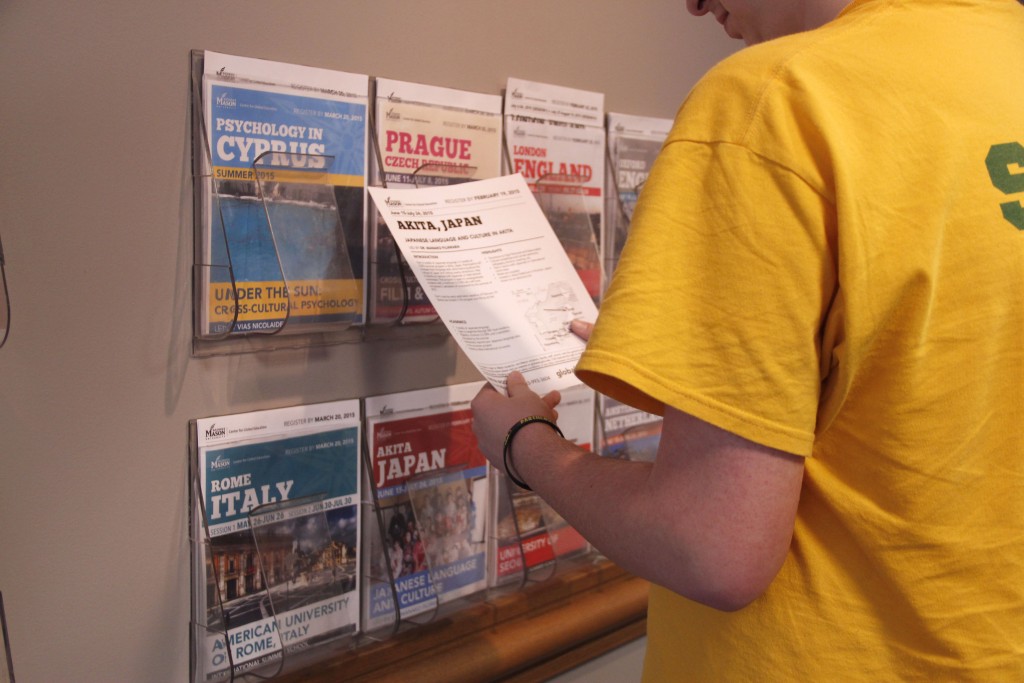 “There was basically one part-time person who worked in the office. The university was less than half of its current size and it was completely a commuter school,” Yehuda Lukacs, the associate provost for International Programs and director of the Center for Global Education, said.

Lukacs said that the programs that were picked to be offered by Mason go all the way back to when he first arrived at Mason in 1993 after teaching at American University and the University of Maryland. He said that because Mason was mostly a commuter school back then, most of the commuters worked and didn’t have time to study abroad. That is when he decided to create shorter study abroad programs for the winter and summer breaks for these students. This is where programs like the London PR program in in the winter and the Czech Republic film and theater summer program came from.

Mason teams up with other universities specifically with the direct exchange programs. In this program, students pay Mason tuition to attend a host university while that university sends one of its own students to attend Mason.

Lukacs said that universities pair up with Mason to offer study abroad programs for a number of different reasons.

“[Universities in other countries and Mason will pair up based on] different departments, different colleges, the type of relationships [Mason has] with institutions worldwide and once in a while we have an agreement [with a university] that calls for an exchange of students and the CGE manages these exchanges,” Lukacs said.

Lukacs said he is currently working with the Mason Department of Modern and Classical Languages to develop a new semester program that will be faculty-led in Grenada, Spain. The students would take Spanish language classes and also social science and humanities classes in English.

There are also two new direct enrollment programs, according to Lukacs. Direct enrollment programs are when a student enrolls as a visiting international student and has a program tailored for them. Lukacs said one of the new programs is with the University of Nicosia is Cyprus to study gender and Mediterranean studies, and the other is with the University of San Andrés in Buenos Aires, Argentina where students can go to study Latin American studies.

Lukacs said the most popular program from this year and in years past has been the summer internship in London. He said there will be close to 30 students attending the program together where they’ll mostly work at internships, but also take some classes. He said the internships offered through this program range from the British Parliament to the BBC.

“We have a number of opportunities and semester and short programs, internships, [and] exchanges that would fit the academic profile of each student, whether they are undergraduate or graduate students,” Lukacs said. “And in this day and age, when it comes to studying abroad my motto is ‘Can you afford not to study abroad?’”

Interview with the Candidates: Bhatia & Zaidi