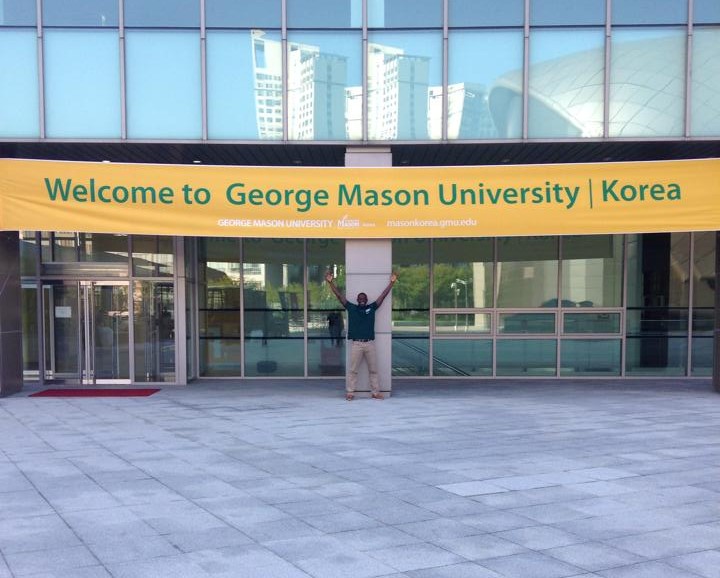 With a reputation for innovation to uphold, Mason continues to make major strides forward that prove we deserve our top five position in “Up-and-Coming Institutions” as reported by U.S. News and World Report’s annual survey. One of these most recent opportunities that the university is offering, is the new campus location in Korea.

Less than a year ago, Mason opened the doors of its first international campus in Songdo, Korea.  Located 25 miles from the capital city of Seoul, the school already has around  2,000 students attending.  It has availability to state-of-the-art technology as well as brand new dorms and faculty housing. Degree programs are offered in Economics and Management, and according to the Mason Korea official website, the staff is made up of a combination of “tenured, term or tenured-track professors” from Mason in the United States as well as “qualified Korean faculty.”

The students attending Mason Korea are required to spend their junior year in the United States and U.S. students are also welcomed to spend a semester or two abroad in Korea.

Senior and Global Affairs major, Tijani Musa, just returned from spending his Fall 2014 semester in Songdo,. He decided to pursue this opportunity not only to learn about Korean culture, but also with the values of Mason in mind.

“It’s essential for us to know other cultures to bridge that gap so that when students or colleagues display any aspect of their culture here it is important that we don’t appear to judgmental” Musa said.

Musa was given the full South Korean experience while in Songdo. For example, kimchi (or kim-chee), a popular Korean vegetable dish, and white rice became parts of everyday meals for him. Also, as a practicing Muslim who doesn’t eat pork, the meat became one of the first words that Musa had to learn because of its common usage in Korean dishes.

Having never studied the language, trying to communicate effectively at Mason Korea was a difficulty Musa faced. Since coming to the United States as a young teenager from Sierra Leone, Africa, he hadn’t battled such strong language barriers in a long time.

Luckily, a professor at Mason Korea helped Musa out and offered to let him take her class for free so he was able to catch on a little quicker.

This opportunity he was provided by the professor might have been due to the small size of the classes, with maybe 5-7 people in each course; a huge contrast to the some of the 100+ student size lectures, here at the Fairfax campus. According to Musa, while this smaller class size did require increased participation from students as well as more professor availability, these classes were also “un-skippable” because the professor remembered everyone names and faces easily.

However, one of the advantages to not being a substantially sized university was the opportunity that the students received to mingle with some faces we don’t get to see on a personal level here. For example, Musa recalls when Mason’s President Cabrera and Senior Vice President for Administration and Finance, J.J. Davis came to talk to the students.

“You get to interact with them because the population of students is so small. You can see them in the hallways. It was a nice feeling,” Davis said.

Conversing with President Cabrera wasn’t Musa’s only great memory. He played on the Mason Intramural Basketball  team that won the championship between the other universities on campus (SUNY, Ghent University from Belgium, University of Utah and two nearby Korean universities, Yonsei and Incheon).  He also helped create 6 new clubs and visited the city that was the inspiration behind PSY’s catchy song “Gangnam Style.” Musa even had his first experience as a DJ at a”Winter Wonderland” party he and his coworkers hosted with the students to celebrate the end of finals.

Musa credits a lot of his opportunity to have this adventure towards the man he calls his “recruiter,” James Burke, the Events and Outreach Director in the Office of Global Strategy. Burke is one of the many people behind the Mason Korea Study Abroad program. He speaks highly of Musa, proud of the many things he accomplished over just one semester in Songdo and Musa advertises for Burke in return; highly recommending the experience to anyone thinking about traveling abroad.

“In order to expand yourself you have to travel. It makes you develop as an individual and as a young professional. I would definitely go back if I could. My mind is expanded now,” Musa said.

A look at the making of “In the Next Room”