When one first walks in to Mobius Records, they are greeted by the sound of an album playing on one of the store’s several record players.

One is likely to see sections of recently released albums, and the “Fresh Used” section.  In addition to the various bins labeled by genre, there is a series of bins filled with records being offered for $3 or less.

“I actually live three blocks from here, so I actually wanted it to be able to contribute back to my community and create a space where local people, college kids, could hang out and feel that they could back to the old way of music,” Dempsey Hamilton, the store owner, said. “I guess a more visceral experience, a community aspect where people can form bands, form conversations about music likes and interests was kind of the goal.”

Hamilton describes the anticipated demand for records in Fairfax. 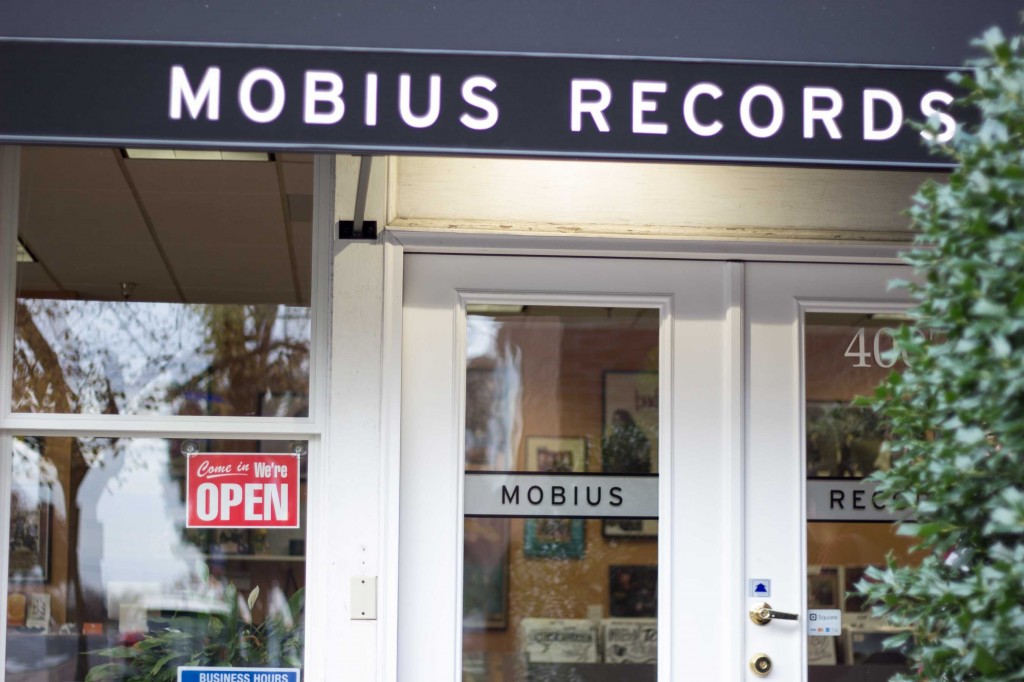 “This vision was initially more realizing that this was a niche market, that it would be a labor of love,” Hamilton said.

Hamilton estimates that college students make up about 60% of his customers.

“This resurgence within the youth is fantastic. I think it may be because of growing up on digital media and having this tangible thing in front of you,” Hamilton said.

Other factors, including the location, contribute to popularity among students.

“I love it, I can like walk there. I think it’s a really, really good place to have one. He made a good choice putting it so close to campus,” senior Jon Howard said.

The atmosphere also keeps Howard coming back. He  describes his experience at Mobius Records as “always pleasant.”

“I always have fun digging through the records, seeing if there’s anything new I’m interested in. It’s always fun to chat with Dempsey,” Howard said.

Mobius Records specializes in selling modern vinyl’s, while the Record and Tape Exchange, also in Fairfax, sells a majority of classic vinyl according to Hamilton.

“I’m shooting to be a 60% new, 40% used store. Record and Tape exchange already have their 95% used locked down, being in the same city, I feel that we coexist fairly well by having separate collections,” Hamilton said.

Shoppers less familiar with the popularity and benefits of buying records should also feel welcomed and relaxed.

“It’s comfy, so you don’t feel bad if you walk in and don’t know anything,” senior Elise Crozier said.

Hamilton also describes listening to vinyl as an experience different from listening to music a smart phone or from the internet.

A Second Chance at Life