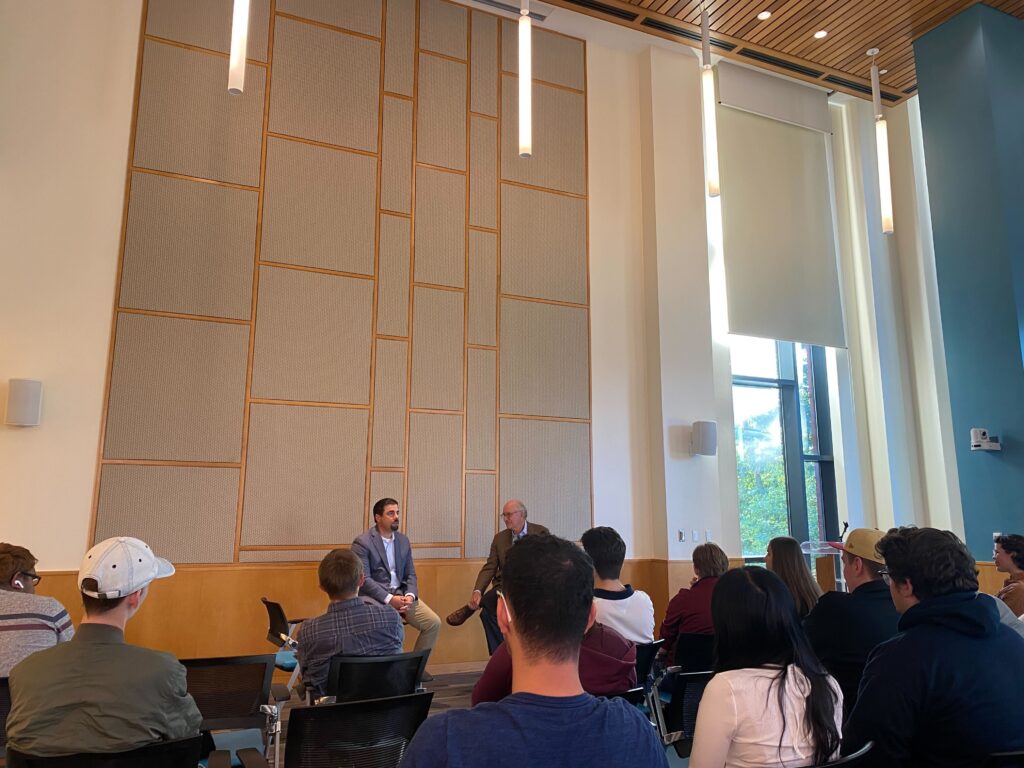 A weekly speaker series on the 2022 Congressional Elections

On Tuesday, Sept. 27, the Schar School of Policy and Government hosted their weekly speakers series on the 2022 Congressional Elections race with Mason alum Danny Diaz, who currently works as a communications consultant and media strategist for FP1 Strategies. In addition, Diaz is a proud Mason alum and is a part of the Class of 2000.

Diaz has been recognized for his work as the campaign manager for former presidential candidate Jeb Bush back in June of 2015. In addition, he is a veteran of three other presidential campaigns and is the Communications director at the Republican National Committee.

Professor Steven Pearlstein hosted the chat with Diaz about what he learned during the course of his career as a campaign manager for Jeb Bush during the 2015 Republican Primary Race. At the time, Bush was considered to be the front-runner of the race and garnered the most funds during his campaign trail. Nonetheless, Bush failed to catch on after having this political status from his campaign.

Now, looking back on that time of his life, Diaz understood that his work with Bush was done during a very “disruptive” period in politics where very finite nation states like Iowa, New Hampshire or South Carolina that he found as tough to sway through campaigning.

“These are states with super, small universal groups of people that will form certain political ideologies. It is very tough to sway out there, I’ll say that,” he commented.

The rest of the conversation went over the strategies Diaz has used as a campaign manager and what takes place when making a strategy for a campaign.

“Presidential campaigns are not paying for media efforts. They’re earned media efforts, meaning it’s about the story you tell, how to maximize strengths, or how to mitigate vulnerabilities and contrasts with components,” he said. “Prioritize and understand the type of strategy you can deal with through races.”

At the same time, the Schar School got the opportunity to talk with Diaz about how his work was able to define and create the art of oppositional research within politics.

“There is an undertaking with the kind of research that is done on a certain type of group or party. You have to look at the background of certain individuals as a point of self-preservation. The research is generally done to show how our businesses are done or how our culture is expressed in our society,” Diaz said. “There are different aspects, usually with the field or traditional aspect, where you put a book together on an individual for your research. Then, you kind of predicate it on the inner workings of the type race you are in.”

Schar Talks will be continuing their speaker sessions for the rest of this month until and up until November 1st.

CRUSHING HARD? LET ME GROUND YOU