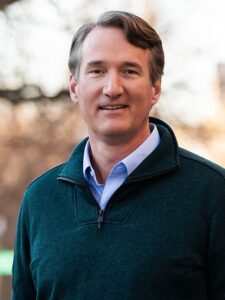 On Nov. 2, former private-equity executive Glenn Youngkin flipped the Virginian governorship to the Republican side for the first time since 2009 as Virginians voted in the gubernatorial race that was closely watched by all of America.

In Virginia, governors cannot run for consecutive terms, which is why former governor Ralph Northam could not run this election cycle. Former Democratic governor Terry McAuliffe was trying to become the first governor to win two terms in office since Miles Goodwin. Goodwin was governor from 1966 to 1970 and then from 1974 to 1978.

According to the New York Times, as of Nov. 4, Youngkin stood with 1,658,688 votes, compared to 1,579,403 votes for McAuliffe and 22,527 for Liberation Party candidate Princess Blanding. In addition to Youngkin winning the governorship, Virginia elected its first Black woman lieutenant governor, Winsome Sears, and its first Latino attorney general, Jason Miyares.

Junior Erica Wright was shocked at the results.

“I’m kind of shocked since the voter turnout was a lot bigger in Virginia in this governor election compared to others,” said Wright.

Wright also was surprised to see Virginia vote for a Republican candidate for governor after it had been voting Democrat since former President Barack Obama won the state in 2008.

“I was also surprised because Virginia had been voting Democrat in past elections,” Wright said.

Other students were critical of the Democratic Party in Virginia, such as junior Joaquín Perez.

“I honestly wasn’t completely shocked. The Democratic Party is extremely out of touch with what people want,” Perez said. “They continue to put up weak, centrist candidates who are typically older, white, wealthy men, which most people simply cannot relate to.”

Sophomore Brooke Sanderford was not surprised that Youngkin claimed the governorship in Virginia.

“I was ecstatic. The results were exactly what I was expecting,” Sanderford said. “The entire Youngkin campaign and Republican ticket this year have done an incredible job motivating and uniting the Commonwealth by connecting with Virginians on key issues.”

Sanderford noted her efforts as Chair of the George Mason College Republicans in the lead up to the election.

“As Chair of the George Mason College Republicans, our chapter contributed through volunteer work by phone banking and door knocking every weekend,” said Sanderford. “Personally, I knew that by faith and prayer we were able to accomplish what we did on election night.”

She added that, “As Winsome Sears said best, “God was exactly with us.”

“I look forward to George Mason University embracing this new leadership by welcoming our new governor Glenn Youngkin, graciously, as they have previous governors,” Sanderford said.