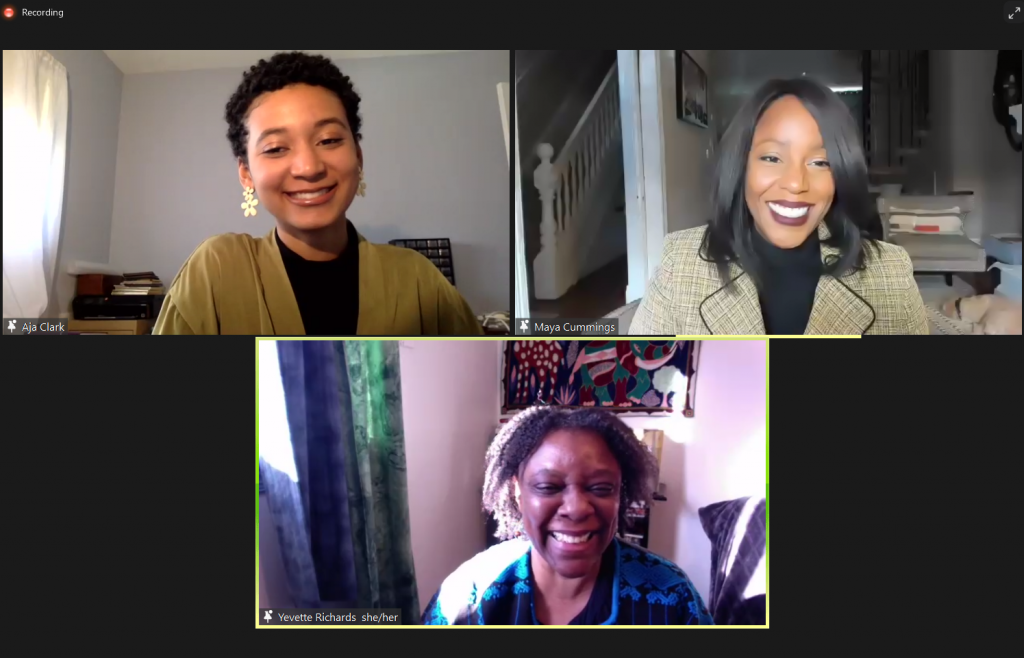 The annual Sojourner Truth Lecture was held on Thursday, Feb. 25, marking the 21st year in the event’s history. The Women and Gender Studies department hosts this event to center Black women as the foundation for social justice advocacy.

The debriefing of politics and power centered around how Sojourner Truth’s legacy as a Black women’s rights activist drives the need for conversations of this nature. The discussion tackled difficult topics in order to advocate for change, and to encourage people to not ignore what is right in front of them.

Throughout the conversation, the two panelists received praise for the impact they have made within their communities for Black women.

“I’ve known Aja Clark since 2016 when she attended my course, [WMST 317:] Jim Crow to Black Power. I am so pleased with her community engagement, her work in empowering Black women and the continuation of her education. I’m excited to see how she will continue her social justice agenda,” commented moderator Dr. Yevette Richards Jordan.

The panel started by analyzing the Jan. 6 insurrection at the Capitol through the themes of politics and protest. Rockeymoore Cummings emphasized how the two elements are complementary, in order to show the audience how they each have contributed to our system. She also made sure to address the differences between the protests seen on that day and those for the Black Lives Matter movement.

“Protests are actually one of the five freedoms within our constitution. You are allowed to petition the government. However, and let me be clear, what happened on Jan. 6 at the Capital was not a protest,” Rockeymoore Cummings said. “It was an act of assault on U.S. Congress with people displaying hate and creating a gallows outside. What we all saw on our TVs was a lynch mob.”

Clark relayed her experience with the marches for George Floyd, and explained how protesting helped the movement avoid the red tape associated with politics.

“As a result of the summer protests, us asking for some redistribution of money for underdeveloped communities ended up being taken seriously,” Clark said. “I think that protest is equally — if not more — important than politics in order to push the people we do elect to represent us, to accomplish what we’re asking for.”

Social media was another key topic. The panelists discussed how Black women are disproportionately targeted on platforms like Twitter; Black female activists put themselves on the line and are received with negativity on their platforms.

Rockymoore Cummings explained how the concept of “depresencing,” the exclusion of certain voices in public spaces, helped illustrate how Black women are actively being removed from their missions and stories.

“If I were to give anyone advice, I would say turn it off. Social media is important but also, it’s important to take time away from it because sometimes it can warp our reality. Being more cognizant of what people can do on these platforms is what we need to do as well as creating a more personal connection for change,” Clark advised.

The impact of politics and protest explained through the experiences of these two panelists introduced a new perspective. This panel provided a chance to understand why Black women like Sojourner Truth have a long history of asking for and demanding the changes we see in our society today.

MASON’S COVID PROTOCOLS: FOR SAFETY OR FOR SHOW?