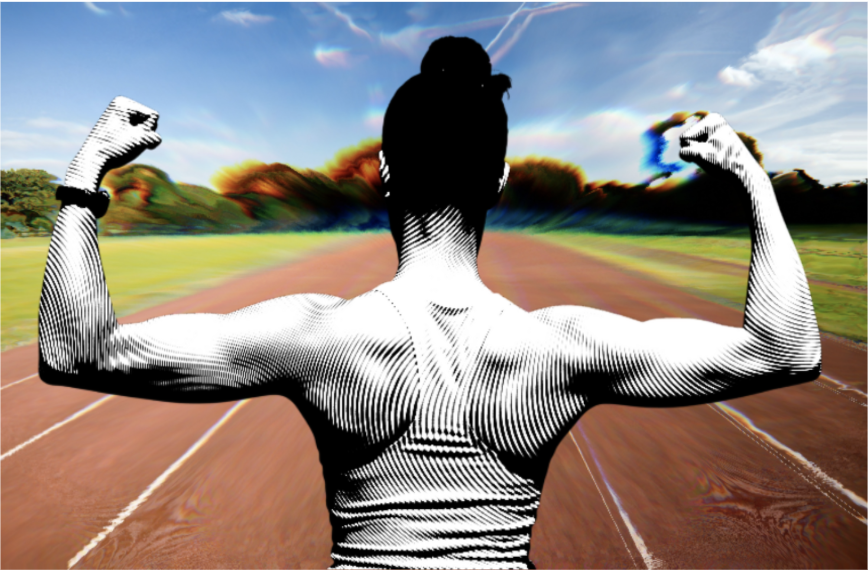 When we talk about equality in sports, testosterone levels aren’t usually part of the conversation. But the regulation of testosterone, which is found in both male and female athletes, is a dangerous and destructive form of discrimination in athletics.

In 2011, World Athletics (formerly known as the International Association of Athletics Federations), the governing body of track and field, announced its hyperandrogenism rule that created a process where female athletes with excessive natural production of testosterone could be barred from competing in international women’s competitions.

Three years later, the Court of Arbitration for Sport (CAS) overturned a World Athletics ruling against Indian sprinter Dutee Chand that claimed that Chand’s testosterone production was too high to compete in women’s track events. CAS concluded that the scientific evidence was inconclusive about the advantage that higher levels of testosterone provide for athletes.

“The best available science does not support the assertion that differences in endogenous testosterone levels explain differences in performance,” said Richard Holt, an endocrinologist who testified on behalf of Chand’s appeal.

However, instead of getting rid of this discriminatory practice, World Athletics just replaced it with another testosterone-regulating rule.

World Athletics unveiled this new rule in 2018. It states that female athletes with certain differences of sex development (DSD) are not allowed to compete in international women’s events between 400 meters and a mile unless they reduce their testosterone levels.

The rule only applies to 46 XY DSD conditions, which occur when an individual with one X chromosome and one Y chromosome in each cell has genitalia that is not clearly male or female. Its restrictions do not apply to individuals with XX chromosomes.

Under these regulations, female athletes who have circulating testosterone levels of 5 nanomoles per liter or higher and experience a “material androgenizing effect” are required to lower their testosterone level six months before a competition and maintain it as long as they are competing in the women’s category. This can be done through the usage of a contraceptive pill.

In early September, the Swiss Federal Tribunal (SFT) reaffirmed the legality of this rule by dismissing an appeal from Olympic track and field champion Caster Semenya. The South African track star’s appeal was against a May 2019 verdict from CAS on the validity of the 2018 DSD regulations.

The CAS recognized that these regulations were discriminatory, but argued that this discrimination is a “necessary, reasonable and proportionate means of achieving the IAAF’s aim of preserving the integrity of female athletics in the Restricted Events.”

However, in its pursuit of fairness and improving regulations following Chand’s appeal, World Athletics hasn’t gone far enough. While it now excludes athletes with XX chromosomes, it still unfairly targets female athletes with DSD who identify as women by narrowly defining womanhood based on testosterone levels.

Some have even gone as far to say that female athletes with 46 XY DSD are men — despite the fact that these athletes, including Semenya and Chand, identify as women — and have called for them to compete in men’s categories.

“These kind of people should not run with us,” said one of Semenya’s competitors, Italian runner Elisa Cusma. “For me, she is not a woman. She is a man.”

However, this oversimplifies the role of testosterone in athletic performance and ignores other biological components that impact ability. Forcing female athletes like Semenya to compete in the men’s category can also put them at a significant disadvantage.

Semenya’s gold-medal time in the women’s 800 at the 2016 Summer Olympics would have gotten her last place in the men’s event by almost 10 seconds. Her time was neither a world record nor an Olympic record for women. Yet she was still targeted with invasive sex confirmation tests by World Athletics and extreme scrutiny for every one of her successes.

World Athletics’ rule also puts female athletes with DSD and high testosterone levels in danger. These athletes are forced to make the impossible decision between not participating in the races they’ve trained most of their lives for and altering their body’s chemistry through different kinds of testosterone suppressants.

The World Medical Association (WMA) released a statement in 2019 following the ruling by CAS and advised physicians around the world to not take part in implementing the eligibility regulations set about by World Athletics for female athletes. Dr. Frank Montgomery, chairperson of the WMA, said that taking hormonal suppressant drugs also increases the risk of blood clots.

“Hormonal interventions which are not medically indicated, which have negative health effects and which are not based on an athlete’s free consent should be not only avoided, but doctors should not take part in that,” Montgomery said. “We regard it as unethical to do so.”

In 2019, the United Nations Human Rights Council also released a statement on World Athletics’ regulations, stating that “rules and practices that require women and girl athletes with differences of sex development, androgen sensitivity and levels of testosterone to medically reduce their blood testosterone levels may contravene international human rights norms and standards.”

Put simply, testosterone regulations for female athletes are human rights violations that are not rooted in concrete scientific evidence. Their purpose is to police women’s bodies to perpetuate a perception of women that doesn’t reflect reality. No one gets to decide who is woman enough based solely on biology.

So as we fight for equality in sports, we can’t stop at just equal pay. As Semenya says, the fight continues “until we can all run free the way we were born.”

What peace means to me on International Peace Day