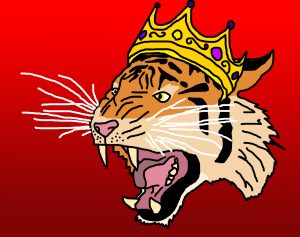 On Friday at 5 p.m., the Patriot Activities Council (PAC) hosted a Zoom call with John Finlay, one of the former employees at the Greater Wynnewood Exotic Animal Park in the popular docuseries “Tiger King: Murder, Mayhem and Madness,” for a Q&A forum where Finlay was not afraid to speak his mind about the documentary that became an instant sensation after its Netflix release on March 20, near the height of the COVID-19 panic.

Briefly, the show follows the story of Joseph Allen Maldonado-Passage (better known as Joe Exotic) and his contemporaries in the big cat zoo community across the U.S. Exotic runs the infamous Greater Wynnewood Exotic Animal Park in Oklahoma. A few episodes into the series, the show turns from a pretty harmless country spectacle into a wild tale about drugs, money and alleged murder.

Finlay appears on the show as the first of Joe Exotic’s love interests at the Greater Wynnewood Exotic Animal Park. In the show Finlay is labeled as a husband of Exotic’s, but he made sure to dispute that in the Zoom call, saying “I was not married to Joe Exotic.”

Finlay is one of the show’s only defectors from the Exotic spectacle, who decided to leave the GW Zoo behind for a different life. He is currently engaged to his wife, who he disclosed that he met online, and is working as a welder.

Throughout the video call, Finlay displayed a level-headed, positive demeanor that stands starkly in contrast to a majority of the content in the docuseries. He admitted that he had severed ties with Joe Exotic, telling the Patriots in the stream, “I don’t talk to Joe. Don’t want to.”

He described Exotic as a showman that constantly needs to be at the forefront of everyone’s attention — his obvious distaste for his former boss and lover being put on display.

Finlay was also really intentional about hedging his bets when discussing Carole Baskin. “We don’t know if Carole was killer,” he told the audience. In a world where nearly everyone has an opinion on whether Carole Baskin killed her first husband, Finlay’s lack of an opinion is both sobering and fascinating.

One of the major differences between the Finlay on the show and the man that appeared in the livestream was that last year, in preparation for his wedding, Finlay had a set of dentures implanted. In “Tiger King,” Finlay has only a few teeth, and often appears shirtless.

In addition to mentioning that he wasn’t paid for his involvement in the docuseries, Finlay believes that there were multiple things that weren’t portrayed accurately by the finished product. “I am not a methed-out hillbilly,” he said.

After the scripted questions delivered by the PAC, Finlay answered various questions from Patriots in the chat. He discussed some close calls at the zoo, whether he’d rather work for Doc Antle or Carole Baskin, whether or not he’d relive the “Tiger King” experience and how he’d spend his birthday.

Near the end of the 80 minute video chat, Mason students sang happy birthday to Finlay. He wished them well, saying, “Stay happy, stay positive, don’t let anyone bring you down.”

A Virtual Night at the Met