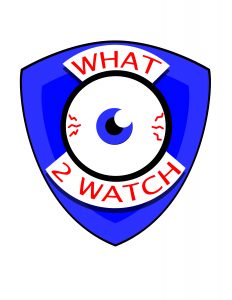 Hello Patriots! It’s Peter, your Culture Editor at Fourth Estate. As we wind down this truly strange semester in our homes or with our families, I thought it might be a good idea for us to provide an eclectic mix of weekly suggestions for you to stream while we wait out COVID-19. Not everything here is going to be brand new nor a blockbuster, but it should all be pretty entertaining.

As you’ll read just about anywhere, if there was any time to pick up a cooking habit, it’s now. Michael Pollan’s “Cooked” is a refreshing, academic take on what separates us from the rest of the animal kingdom. Found on Netflix, Pollan’s four-part series is never corny, a little inspiring, and might get you off the couch and into the kitchen.

Do yourself a Frasier. You can find the award-winning sitcom on Prime Video.

Books have been increasingly important to me during the COVID-19 outbreak and Ken Burn’s extended trip through the life of one of America’s most important authors has led me to order a few more. In this two-part series, trace the fantastical steps of Samuel Clemens, or as he is better known, Mark Twain. You can find this docu-series on Prime Video.

While they are all trying, the late-night-television-from-home thing doesn’t really work that well. So, if you miss watching your favorite hosts do what they do best, “Conan Without Borders” should be just enough to keep you going. On Netflix, watch Conan be Conan in a variety of exotic locations.

The other tiger thing on Netflix. Take some time to step out of your comfort zone by viewing director Alan King’s dramatic film about love, loss, America, Taiwan, family and immigration. Taiwanese, Mandarin and English are interspersed throughout the film found on Netflix.