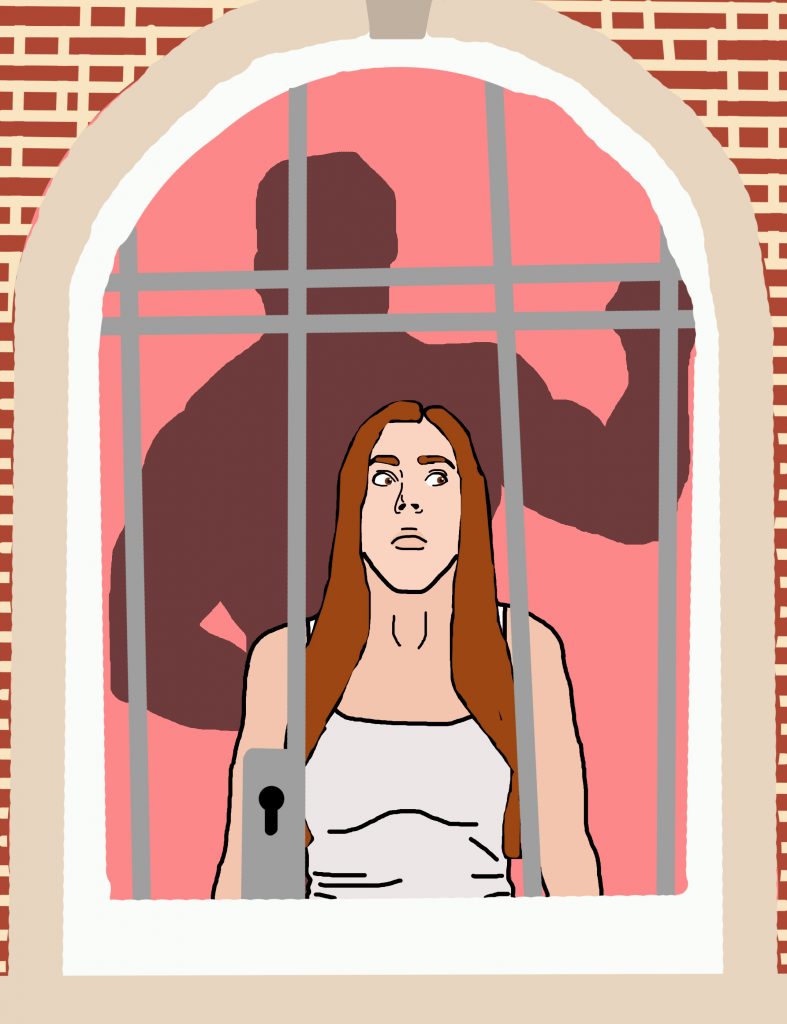 As the world battles the coronavirus pandemic, another pandemic — one that can also prove deadly — rages unchecked in quarantine: domestic violence.

Even before coronavirus, the rates of intimate partner violence against women around the world were staggering. According to global estimates published in 2017 by the World Health Organization, 30 percent of women worldwide who have been in a relationship have experienced physical and/or sexual violence by their intimate partner in their lifetime. And as many as 38 percent of murders of women are committed by a male intimate partner.

But now, cases of domestic violence in quarantined areas have skyrocketed as survivors are forced to live with their abusers, with few other options. Divorces are being processed at slower rates, and stay-at-home orders and travel restrictions are making it difficult for women to find alternative housing.

A police station in Jinali County in the Hubei province of China, where the virus first hit, reported receiving 162 reports of domestic violence in February alone. That’s three times more cases reported than during the same month last year. The number of cases in January also doubled from last year.

“The epidemic has had a huge impact on domestic violence,” said Wan Fei, a retired police officer who founded an anti-domestic violence nonprofit in the Hubei province, in an interview with the Chinese English-language media outlet Sixth Tone. “According to our statistics, 90 percent of the causes of violence are related to the COVID-19 epidemic.”

And just like the virus, the rising rates of domestic violence have also rapidly spread around the world.

The emergency number for domestic violence in Spain received 18 percent more calls in just the first two weeks of lockdown than in the same period a month earlier. And in France, police reported a 30 percent increase in domestic violence.

In Argentina, a country where seven out of ten femicides occur in the victim’s home, calls to the national domestic abuse helpline grew 40 percent after the government instituted a mandatory quarantine. Argentina has seen at least 14femicides since its quarantine started on March 20.

“Femicides don’t stop in quarantine, and neither does our rage,” declared Ni Una Menos (Not One Less), a feminist collective in Argentina.

In some places, though, calls are down. That is not because domestic violence is not happening in those areas, but because it may be harder for women to report it. Activists worry that women are unable to place calls to hotlines or the police as their abuser may be in the room or monitoring their calls.

“What we are concerned about in the community is that calls to our domestic violence hotline are down, calls to our intake are down, and we don’t think that that’s because less people need our help,” said Susan Pearlstein, co-supervisor of the family law unit of PLA. “We’re really fearful that the people that are in the most danger are unable to reach out.”

But even if women can make a call, the organizations that are supposed to protect women against domestic violence — many of them underfunded to begin with — are straining under increased demand and financial concerns. Women may also be wary of going to a shelter, if one is still open, as that may put them in close contact with other individuals.

While preparing for a pandemic, leaders failed to consider the implications for victims of domestic violence. Now countries are scrambling to deal with two pandemics at once.

Some countries in Europe have opted for turning vacant hotel rooms into makeshift shelters and organizations, like the National Domestic Violence Hotline, have put out guides on recognizing the signs of domestic violence during quarantine and how to stay safe.

But the thing to learn here is that quarantine is not to blame. It only served to further exacerbate issues that have long existed. It should not take a global pandemic to open people’s eyes to the reality of domestic violence, but maybe now the world will finally start protecting women through policy, education and investment in anti-domestic violence organizations.

What to Watch Weekly