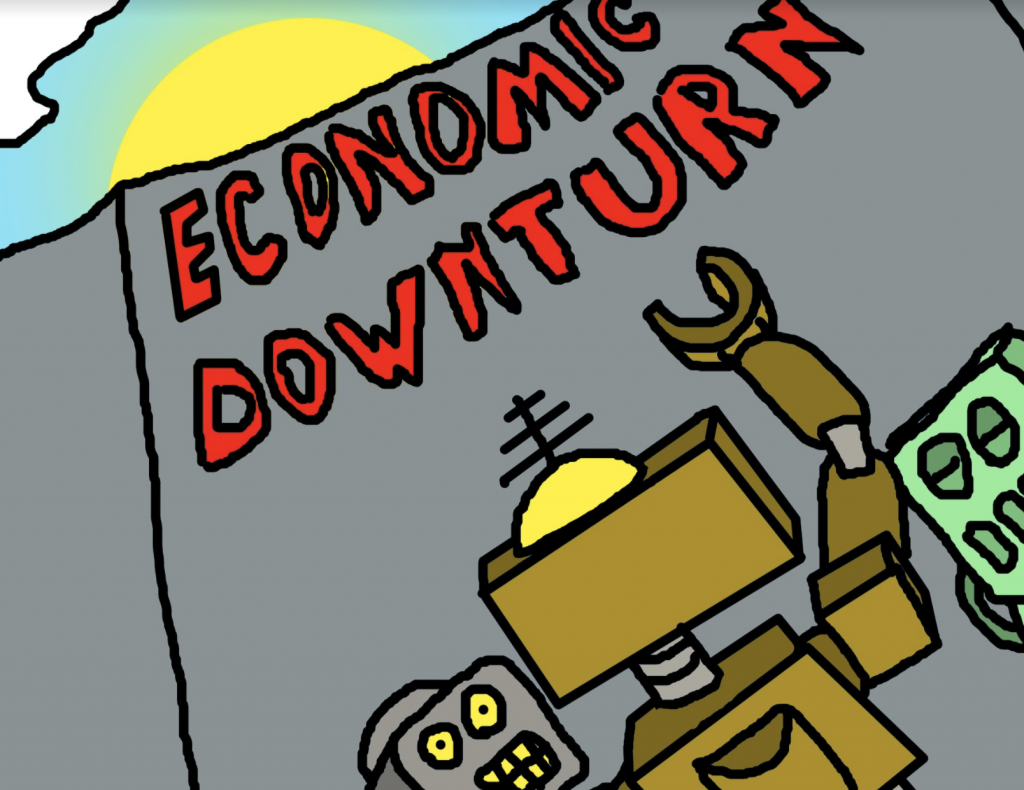 Now must be a fun time to be Andrew Yang.

To be fair, it’s probably always a fun time to be Andrew Yang. No presidential candidate in recent memory had as much fun as Yang, whether it was crowd surfing at rallies or joining a Jazzercise class on the campaign trail.

But now it must be especially fun because Yang is seeing something that most presidential candidates only dream of: His main policy proposal is being seriously discussed. With coronavirus causing businesses to close and lay off workers, universal basic income (UBI) has become a popular proposed remedy. The CARES Act included $1,200 checks to most American workers, which could be considered a form of UBI.

While it’s not Yang’s Freedom Dividend of $1,000 per month for everyone forever, it is something, and Yang has been vocal about expanding the CARES Act relief into a full UBI — he’s even providing basic incomes himself through his non-profit.

We can debate the merits of UBI another time. What’s interesting is why Yang’s idea is popular during this crisis.

Andrew Yang is in the strange position of getting what he wants because he is completely wrong.

Yang’s justification for UBI, and it’s a fairly common justification, goes something like this: Automation is destroying jobs and keeping the workforce participation rate low, so we face a future where we can maintain high productivity with fewer workers than today. Therefore, the argument goes, we need UBI so people can have a good standard of living without working.

That makes sense at first glance, but like most things people running for office say, further reflection illuminates shortcomings. For example, why are today’s innovations any different from past innovations that ended the careers of many switchboard operators, elevator operators and milkmen? Aren’t jobs created to run the automated systems?

And above all, why is there a huge economic downturn right now if the robots could just take over our jobs?

According to Yang, automation and human labor can be thought of economically as substitutes — they are two means that serve the same end, production. As the price of one good goes up, the demand for its substitute rises. That means demand for automation should be at an all-time high right now. Because of the risk of infection, employing people has become prohibitively expensive, and sometimes outright illegal, for many businesses. That’s why we’re seeing the largest jump in unemployment insurance filings in American history, as Steven wrote about today.

If we were on the precipice of an automated economy, now would certainly be a great time to fire it up. But we aren’t seeing that at all. Instead, we are seeing that in the short run, our present level of automation is not substitutable for human labor.

The robots have never been our enemies, science fiction movies be damned. Oren Cass, formerly with the Manhattan Institute and now the executive director of American Compass, pointed out last June that automation is not hurting workers. He argued that automation is a gradual process that usually takes decades. Self-driving trucks won’t throw millions of truck drivers out of work at once, for example. The technology we have complements human labor in the short run.

The coronavirus shines a bright light on that fact. If it were true that automation is easily substitutable for human labor, the economic downturn would not be nearly as severe as it is. There would be a transition period as companies lay off the expensive humans and replace them with robots. There would be a dip in demand because people can’t travel. But it wouldn’t be a quarterly contraction four times larger than the Great Recession, which Goldman Sachs has projected for this quarter. It would be a bizarre alternate reality where millions of people get laid off, but GDP hardly budges as the robots take over production.

In that world, Yang’s case for UBI works. But we don’t live in that world. In this world, layoffs cause economic downturns because we need lots of people to make society function. Automation is only substitutable for human labor in the long run, and the process is so gradual that people are able to relearn new skills in the meantime.

As Mason professor Don Boudreaux points out, we all depend for our livelihoods on “the daily activities of countless specialized workers, every one of whom is a stranger to the vast majority of people with whom he or she works and that he or she serves.” It seems the pandemic is raising our awareness of that fact since we have seen more displays of gratitude toward those strangers, whether it’s applauding healthcare workers or making a point to thank grocery store workers.

We should all admire Andrew Yang’s positivity and liveliness, but we should not admire his purported economic prophecy. Humans aren’t competing with robots, and robots are certainly nowhere near replacing us.

People or the Economy?