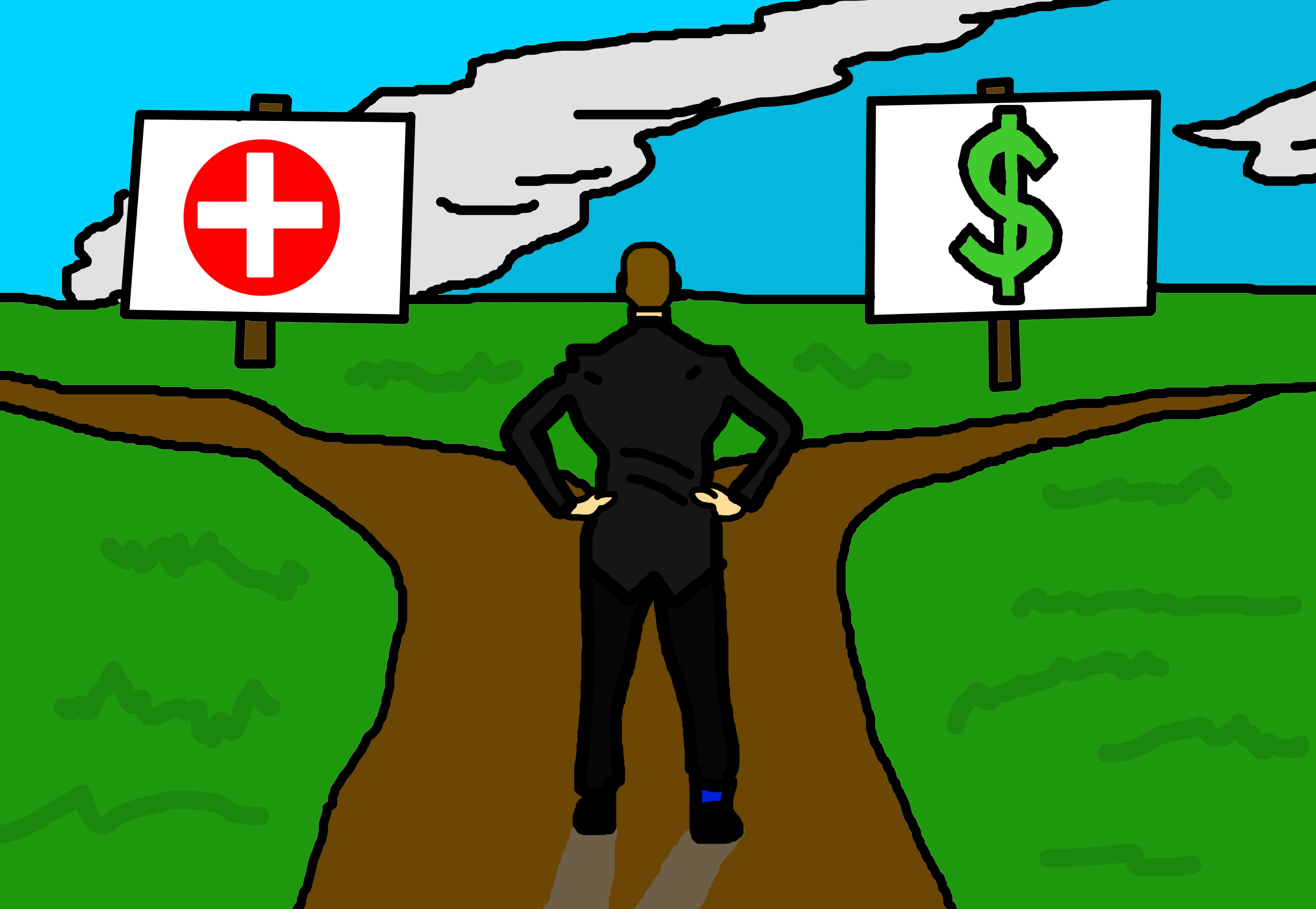 Do we quit this world-on-pause strategy out of fear that the economy will collapse, or do we keep going indefinitely until this thing dies down? In other words: Do we save the economy, or do we save the people?

At first glance, it seems to be a tricky question, made trickier by the fact that traditional cost-benefit analysis requires estimating the costs of everything involved, including the cost of a human life. Actually, though, it’s the wrong question entirely. The economy would not exist without people.

The economy is not the stock market, though a majority of Americans own at least some part of it. Nor is it the sole domain of Wall Street tycoons or multi-national corporations. Instead, the economy is part of how we relate to each other.

The word “economics” comes from the Greek oikonomia, meaning “household management.” At its most basic, an economic transaction is a give-and-take, born of a recognition that you do some things better than I do, and I do some things better than you do. When we recognize this, we each do what we do best — and then, because you and I probably both prefer a little more variety than the one thing we do well, we trade.

This is overly simplistic, of course, but you get the point. The economy is about innovation and exchange, and people are the innovators and exchangers. Gargantuan figures like a GDP of $21 trillion make the economy feel like an abstract concept, but our cups of coffee and textbooks and nights out and vacations and rent payments are the economy, too. A prolonged economic slump is bad news not only for oil executives or hedge fund managers, but also for waiters and small business owners.

This does not mean that economic health dictates an immediate end to stay-at-home orders. In fact, it implies the opposite. Unhealthy people are bad news for the economy, just like an unhealthy economy is bad news for people. Concern about output is neither the only nor the most important reason to prevent additional lives from being lost, but the real costs imposed by illness and fear present an economic reason, in addition to the multitude of ethical ones, not to return to life as usual tomorrow.

Instead of asking, “Do we save the economy or people?” we need to ask, “What is the appropriate balance between caution and risk?” Reopening as the number of coronavirus cases continues to climb rapidly is too risky. Shutting down until every case is gone is too cautious. Before we determine the practical details of this balance, it’s important to name it correctly. This is not a choice between people and the economy, because prioritizing the economy means prioritizing the people.

The Robot Aren’t Taking Over Our Jobs Anytime Soon