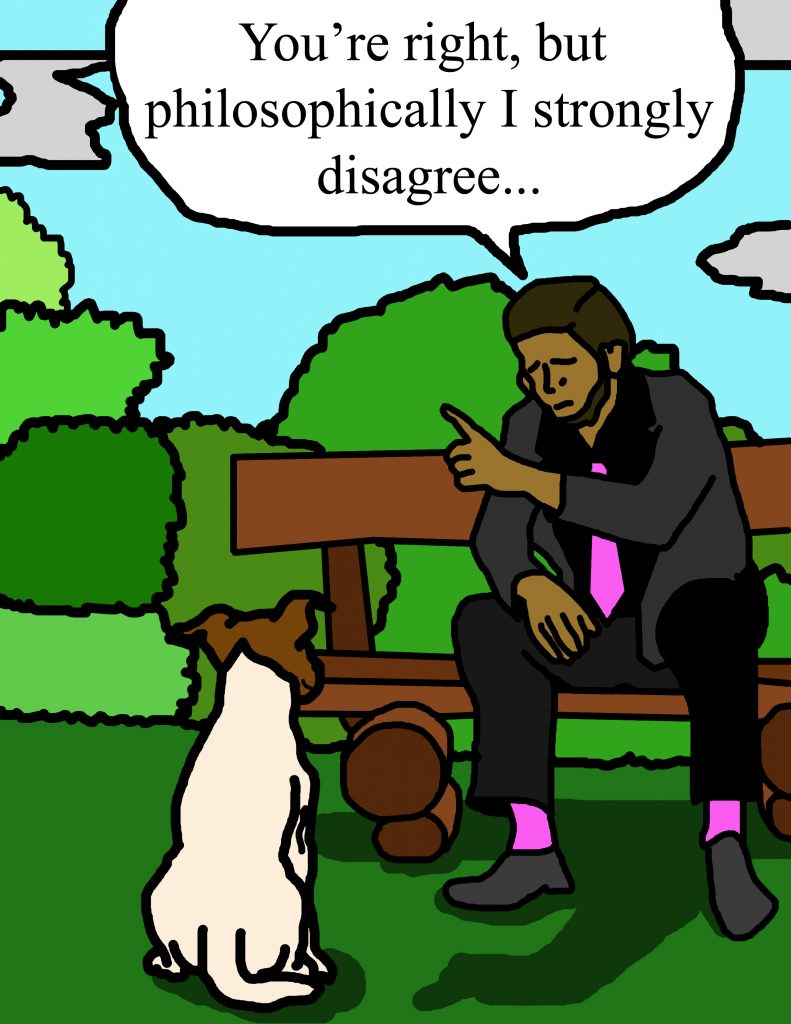 Three weeks into Mason’s anti-coronavirus measures, members of faux student government are beginning to “get antsy,” said Millicent Filibuster, clerk of the faux student senate, in a livestream she held on Instagram this week.

She read excerpts from Stephen King’s ”Misery” while drinking “lean,” a beverage popular by SoundCloud rappers.

Filibuster was not the only one to offer her concerns. Many members of faux student government have discussed their experiences while in quarantine. Most — over half — have had difficulty readjusting to their lives back home.

“It’s rough,” said faux senate speaker Huffman Gruff. “My family just doesn’t get me. It’s like, I’ve been away so long and changed since winter break.”

“THE SPEAKER DOESN’T RECOGNIZE YOU, MOM!” Gruff then yelled through his door in response to a plea that Faux Estate’s auditory recognition experts deciphered as, “Honey, could you please do your laundry? It’s beginning to smell rank in your room.”

Gruff continued, “God … Anyway, as I was saying, it’s tough. I threatened to report my brother to the rules committee for vaping in the house yesterday — I was vaping too but he was playing “Rocket League” on my Xbox and I needed him to get off. In faux student senate we call that the ‘Under-21 Screw You Whoopsie-Doo.’”

”Anyway, then I remembered we don’t have a rules committee, so I just posted something on Snapchat about how he’s a piece of s—. Then mom took away my Xbox because I forgot that she followed me on there, so I told her about his vape,” he explained.

Other members of the senate denied knowing anything about an “Under-21 Screw You Whoopsie-Doo.”

“Oh, did Huffman tell you that?” Bethany Plumber, chair of the faux university services committee, said. “He likes to coin phrases for things. I think he’s talking about the one time he tried to report a fellow senator for underaged drinking.”

“What a d—!” Plumber added, taking a swig of what looked like a large cup of rosé and staring into the middle distance.

Plumber has been trying to teach her dog some new tricks while at home.

“Hey Spot! Wanna learn Robert’s Rules of Order?” she said to her dog, picking him up. “Do you second that motion? Oh yes you do! Oh yes you do!”

Some members of faux student government have had a better time readjusting than others, however. Executive Faux Chief of Staff Brian Jonestown told Faux Estate that he has successfully implemented parliamentary procedures at his fraternity, Oozma Kappa.

“It’s been great,” said Jonestown, speaking from the porch of the Oozma Kappa house, which appeared to have a hastily covered-up Confederate flag hanging from the rafters inside.

“We’ve adopted a more relaxed form of parliamentary meetings and use them to determine how much alcohol we need to buy and whose fake to use on any given day,” he explained. “We even set up an emergency disinfection committee to create a screening and wipe-down process for any liquor crossing the threshold.”

“These idiots are going to get scurvy, I swear to God,” Biafra said. “They wouldn’t even let me get gin because ‘that’s gross’ — even though it would be probably the healthiest thing they’ve had all month, and they give me like $30 for a week’s worth of food.”

Biafra continued, “Can you believe it? $30 to feed six of these clowns? As soon as we get out of here, I’m going to start building pipe bombs until every single committee in this God-forsaken state accepts me as its absolute food tsar.”

Faux Editor’s Note: This is a developing story.