After being announced as the university’s eighth president on Monday, Gregory Washington came to the Center for the Arts for a welcome event on Thursday, Feb. 27, addressing his excitement to be part of the Mason community and grow university initiatives.

“If you have talent, Mason will find you,” Washington remarked toward the end of his speech. He spoke of Mason’s status as a T1 research institution and diversity in student backgrounds as things that drew him to Mason — all after receiving spiritwear from a Starship robot.

Washington’s hire comes after contention between the Board of Visitors (BOV) and Mason’s American Association of University Professors chapter, who pushed for a public search process. He attended a press conference prior to the welcome reception in which he addressed some concerns surrounding transparency at Mason.

“So the idea here is you want to be as open and as transparent as you possibly can in an academic institution,” Washington said. “There are some times where you can’t be totally open and transparent because you have plans. There are strategies, things you want to do. And the concern always is, if there’s an individual who wants to thwart those plans … and if you’re too open, too transparent, those kinds of things — oftentimes you lose the advantage, you lose first movers advantage, or you [are] where you put yourself in a position where others are able to counteract what you’re trying to do. So, but outside of this, you want to be open … And so it’s one of the reasons why I really wanted to engage the faculty.”

Aside from this, Washington answered questions concerning housing, engagement with Amazon, diversity in hiring practices and more.

“It was a grueling search process,” Washington said. “Lots of meetings, and then meetings on top of meetings. I’ve been in a couple of these searches — this is one of the more thorough. And the search firm, Greenwood/Asher, did a really good job of following up on the follow-up.”

BOV Vice Rector Jimmy Hazel commented on the search process and why they chose Washington as the next president for the university. 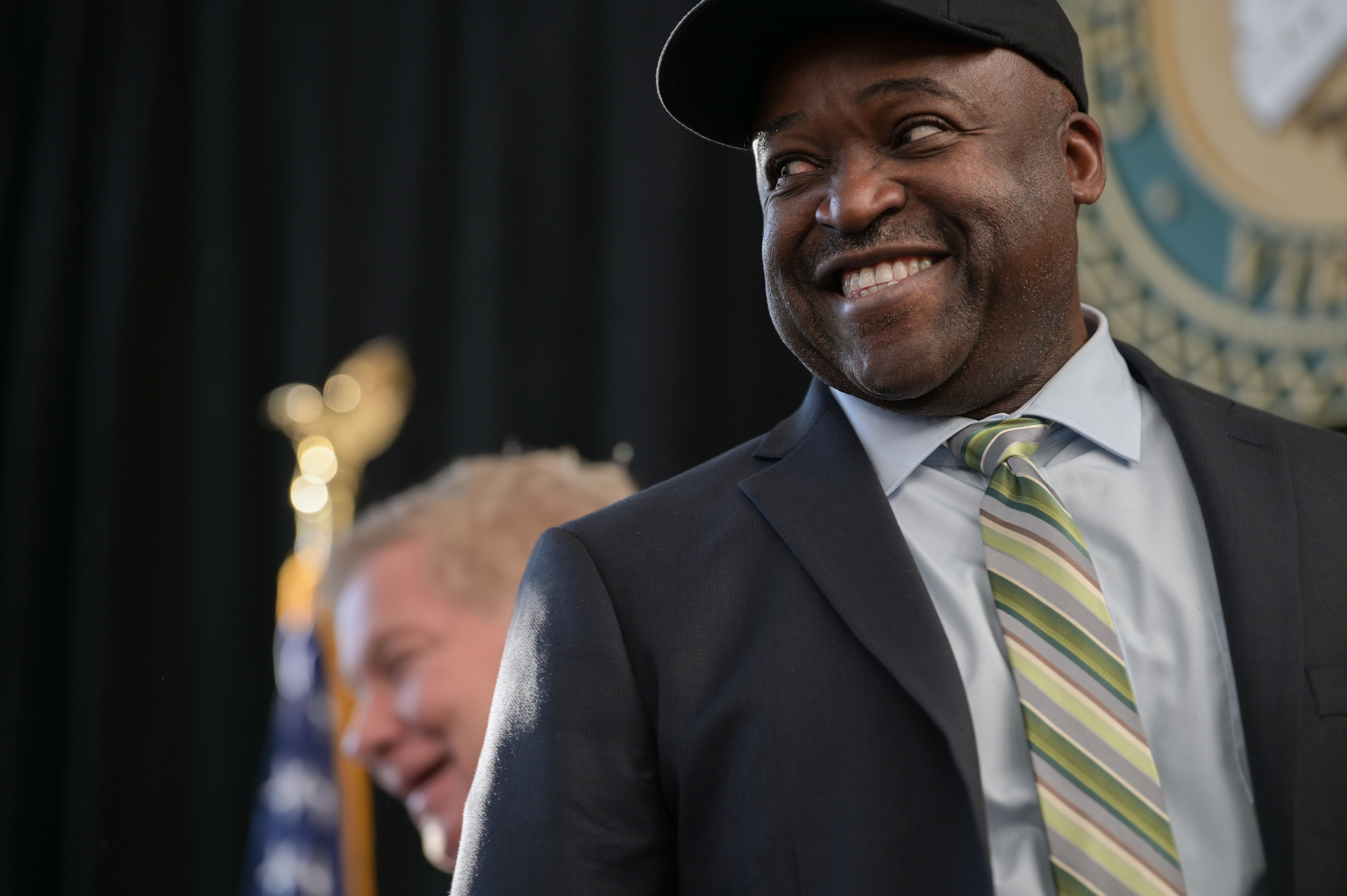 “There were not nondisclosure agreements,” Davis explained of the meeting. “The people who attended signed the same code of ethics that the search committee members signed, there was nothing different.”

Washington said that he appreciated the way the search process unfolded.

“I liked the way we did faculty input,” Washington said. “I think it’s important to have faculty input … you just have to figure out how to do it in a manner that ensures you keep the best people in the process.”

As the only undergraduate student involved in the search process, Layton thought that the process was well done — and that the BOV listened to what he had to say throughout the process.

Interim President Anne Holton, who learned Washington was hired 24 hours before the BOV announcement, believes that he’ll be great for technology and research at Mason. Holton is also excited to return to the classroom.

“I would say [I’m] relieved about the search process,” she said. “I was not on the search committee, so I was not privy to the candidates and all of that, but I was engaged in the process. And as you know, the process — it was challenging to get it right, and I think we did. I thought the engagement between the board and the faculty senate was amazing. Never anything perfect, but the whole community engagement I thought was really strong. I think they hit it out of the park, they got a great guy.”

She continued, “I’m excited about working with him towards the transition. I’ve had such a blast doing this job, but it’s been a whirlwind. I’m looking forward to a smooth transition and handing off the baton and heading back to the classroom.”

Washington said that he will return to campus multiple times before his start in July.