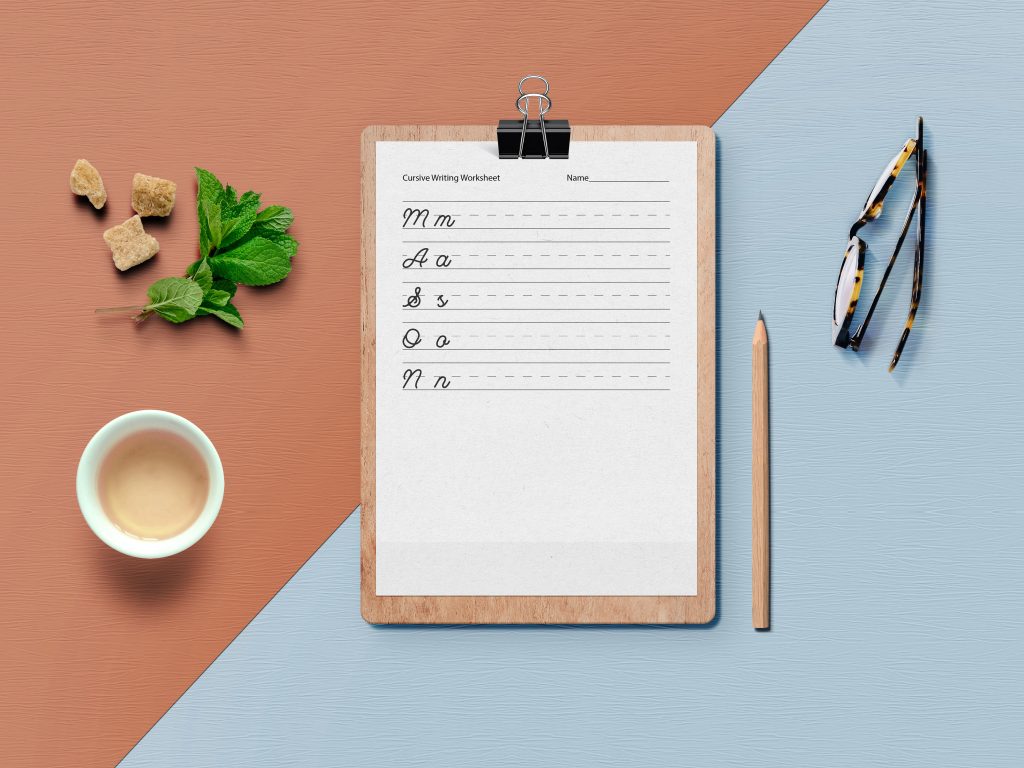 In my second grade class, we had to learn cursive. My teacher made us write every single letter of the alphabet in cursive on a sheet of graph paper every day and corrected us on how to write each curve of a letter. We connected each letter to make a full word and then progressed to sentences. You get the picture.

Looking back now it almost feels as though that was a figment of my imagination. Where did the cursive writing curriculum go in schools? Why was that the last time I would ever be taught how to write in cursive?

Since then, I haven’t been taught cursive writing in school and it’s affected the way I write personally. I type faster than I write and, yes, in today’s digital age that’s seen as a positive, but cursive writing is the key to having a unique style to your handwriting. To have your own penmanship is what signifies who you are as a person, and it’s a way to express yourself.

To have this style of writing be stripped away from our daily lives is an issue that should no longer be ignored.

The Common Core standard was established in 2009 as an initiative to enforce the importance of the value of consistent, real-world learning goals in our society. Along with this change of our nationwide school curriculum, Common Core standards halted the requirement and continuation of different writing styles in 2010, like cursive writing.

The real question here is, why?

Cursive writing helps the overall development of the human brain and allows us to write more legibly and faster for communication. According to a study done at the University of Washington, print writing, cursive writing and typing each use different pathways in the brain. Writing cursive pushes children to produce more words at a quicker rate, and express more ideas than typing.

Another study conducted at Indiana University showed that cursive writing can even help dyslexic children who struggle with spelling, writing and reading in school.

Cursive writing traces back to documents as early as the Declaration of Independence. The Declaration was written in Copperplate script, which was called Roundhand back then, and was a unique style of cursive script used for writing and printing.

We have come a long way since 1776, and there are many things from that time we should be happy to move on from, but the beautiful writing style is not one of them.

Fortunately, cursive writing is coming back in states including Alabama where it is required by law to teach cursive. Other states such as Louisiana, Arkansas, Virginia and Florida have similar laws regarding the requirement of cursive writing education.

In 2016, the Southern Regional Education Board reported that 14 of the 16 states it oversees require cursive education in K-12 schools. Four states even require it beyond elementary school.

I hope that in the years to come the standard core curriculum will reestablish the art of cursive writing within schools, as a way to not only improve the minds of students but to help better their handwriting and overall communication skills.