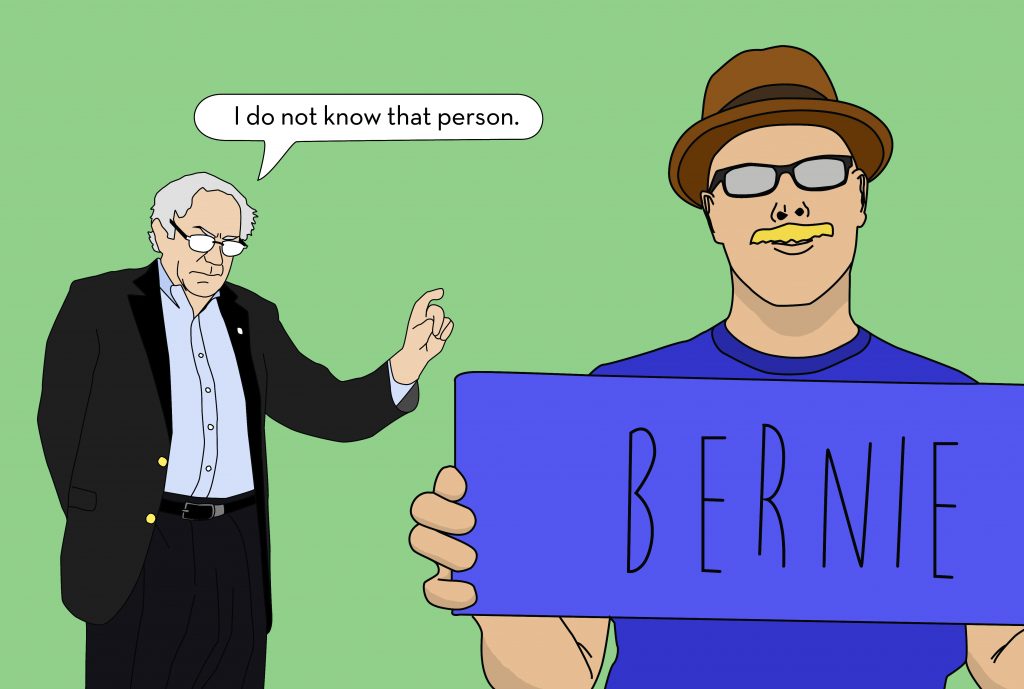 Bernie Sanders’ Democratic opponents continue to attack him over the conduct of some of his supporters. They accuse him of not doing enough to condemn those who have waged targeted harassment campaigns in his name. In 2016, Hillary Clinton’s team avoided using Clinton’s account to retweet the personal accounts of staffers, knowing they would become instant targets of Sanders’ Twitter mob.

Sanders said that he condemns harassment of any kind by his supporters, but he seemed reluctant to dampen their spirits. Arguably, he could be doing more, issuing stronger statements against specific incidents and rewarding supporters who call for unity. He hasn’t done that, and unlike many of his primary opponents, I don’t think that he should.

Many of Sanders’ supporters are angry about the status quo. Whether it is wealth inequality, poverty, student debt or the cost of healthcare, they are responding to actual problems they see in the world, problems which Bernie Sanders did not create. He is not taking an otherwise passive group of people and stirring up their resentment with his rhetoric. He is capitalizing on deeply rooted frustrations that already exist.

When a group of people is angry, it seeks a target for that anger. No matter what your political persuasion, I think you’d probably agree that it’s best to direct your anger toward the actual source of the problem. Of course, we can never agree as to what the source of the problem is. Sanders has his ideas, which may be good or bad, but either way, his movement takes undirected resentment and channels it into something actionable.

Bernie Sanders didn’t make his supporters angry. They were mad to begin with, and they found that support for Sanders was a way for them to express that anger. It isn’t the responsibility of Bernie Sanders to tell his supporters that they should calm down, that they should lessen their resentment of the corporate and Democratic establishments. His job is to condemn harassment in general and to make it clear what those who lash out online should be doing instead.

There is arguably no more satisfying alternative to online harassment, especially for someone who is interested in Sanders’ politics, than participation in his campaign in other ways. Sanders’ campaign is the one constructive outlet for the anger and frustration his supporters feel.

Beyond providing a better outlet for people’s anger, there isn’t much the Sanders campaign can do to keep hundreds of thousands of supporters in line. We should recognize his limited capacity to take action, and recognize that campaigns do more to channel people’s passions than they do to inflame them. It isn’t Sander’s fault that his supporters are upset, and as far as they’re concerned, he’s the only one that is actually doing anything about that anger. Far from being the source of the problem, he may well be the only real solution.