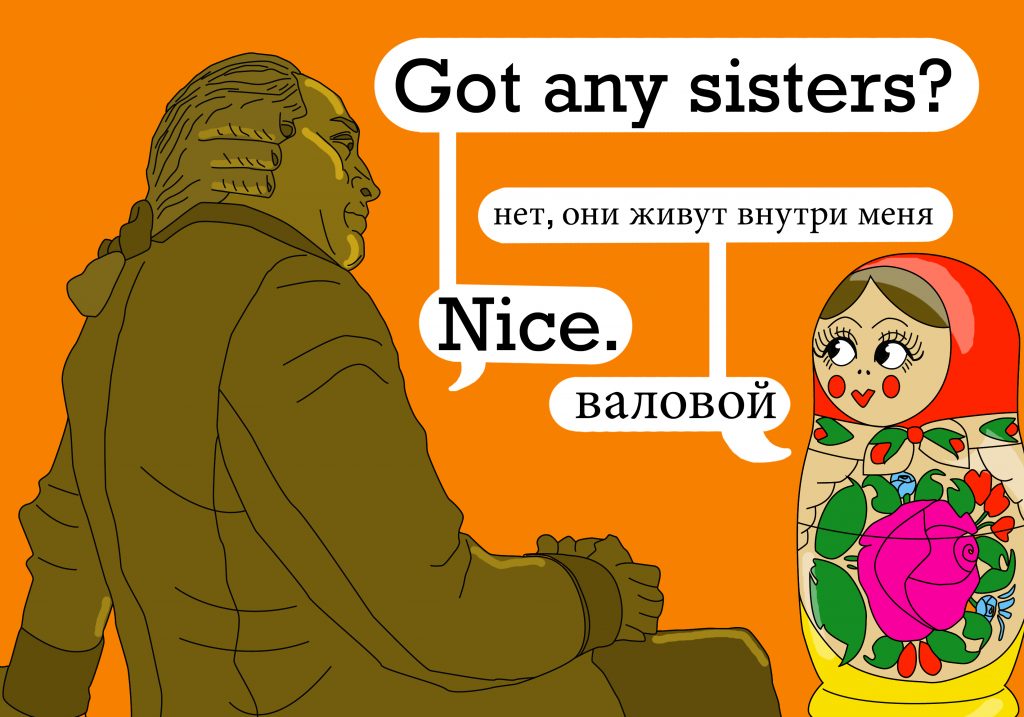 How are you reading this right now? Is it because you’re moving your eyes across the page, or perhaps you’re using text-to-speech technology? Both valid and literal answers, yes, but it comes down to ultimately understanding the language in which this piece is written — English.

If you are like most Americans, you probably do not know a foreign language well enough to consider it a second language. In fact, fewer than 1 percent of American adults are proficient in a language they studied in a U.S. classroom. I certainly don’t remember more than “licetne mihi ire ad latrinam?” after two years of high school Latin.

For many of us, even those forced to take language courses in high school and college, much of our reading has been in English. Sometimes difficult to comprehend English — I’m looking at you, verbose academic writers — but English, nonetheless.

As a student majoring in Russian and government, I have had the pleasure (although in the moment it feels tedious) of translating and reading original Russian texts. Many of you may have read Tolstoy, Dostoevsky, Pushkin or perhaps even Gogol at some point in English, but to read “Eugene Onegin” in its original Russian form is quite the joy.

Learning a language, truly learning it, not simply passing a class, opens so many doors in the world.

First, learning a language is pragmatic. As globalism continues to mix cultures, people and languages, knowing a second language will allow you to connect with more people. Businesses and government agencies are increasingly seeking those who are proficient in a second language — especially less common languages among Americans like Arabic, Chinese, Russian, Farsi, etc. Even many McDonald’s cashiers I have met, a job that is typically considered “low-skill,” are proficient in two languages, often Spanish and English. Being able to speak proficiently in two languages isn’t low-skill.

Secondly, learning a language opens new cultures and experiences. Throughout my three years as a Russian major I have learned so much about Russian culture. Their food, literature, movies, colloquial sayings, history, religion and more. Russian culture is rich and full of surprises.

Language has made it easier, more enjoyable, and more enriching for me to learn about a new culture. Russia isn’t unique to this phenomenon. Countries and people all over the world have deep and rich cultures that can be opened up through language learning.

There is no shortage of reasons to learn another language. Whether you want to visit a new country and get around easier, land a job in global business or learn about a new culture, language is the Swiss Army knife in your pocket — helpful in all situations.