Two Mason students forge their own path in a flooded market 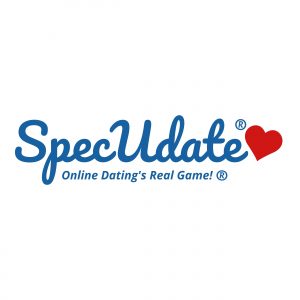 As many students may have seen around campus — whether it be by flyers, business cards or a personal pitch from one of the creators — the app SpecUdate has been gathering buzz at Mason. Two computer science majors have been putting in the work to market their dating app, coined as “Online Dating’s Real Game.”

Despite being a two-person operation, junior Cameron Smith and senior Dennis Nayandin have been making leaps and bounds in the development of SpecUdate. According to the team, the app has been in development for about seven to eight months.

“I had the idea locked in my basement for about a year or more, maybe a year and a half. And then I came to Dennis when I thought we could bring it off the shelf,” said Smith, the administrator of SpecUdate.

Understanding the flooded market of dating apps, Smith wanted to create something more. For example, the creators plan to keep bios only 150 characters long. “People sometimes don’t know what to say in their bio, for example. People don’t know what to say in a conversation … and a lot of the time, people get bored of online dating apps or hear that they suck, and we want to address these big problems.”

One way that SpecUdate differs from the competition is the addition of games to go along with the app. Below the bio of the person you would like to match with are two different games that you can participate in. The way to match with a person is by either getting a correct answer in one of the games, or the other person can “save” you by getting it correct from their side.

The games are great conversation starters. The first one, “two truths and a lie,” has participants put two facts and a lie about themselves, and anyone who wants to match has to find the lie. The second option is simply a game of true or false.

Each time you win a game, you earn coins. These coins are used for “MegaPlays” and an undo option. You can also obtain additional coins through streaks of correct answers, or by logging on every 24 hours.

The process has been a great learning experience for both Smith and Nayandin. “Learning it all at the same time as taking courses has really expanded my knowledge in the [computer science] field,” Nayandin said.

The app is currently in development but is taking new users through submission on their website, specudate.com. Currently, they have around 500 signups and are hoping for 1000-2000 by the end of the semester. They predict that the beta will come out in around five or six weeks while the full release, depending on the quality of feedback, could be closer to the summer.

One thing Nayandin made clear about SpecUdate was their company mission. “The reason the ‘U’ is capitalized in our logo, SpecUdate, is to put value on the individual,” he said. ”You’re more than just pictures and a bio and some props. We want to allow people to express themselves.”