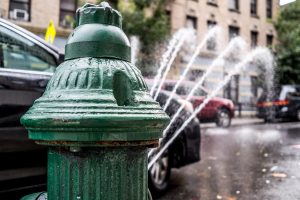 Until recently, tackling climate change hasn’t been a priority for the GOP. Their prevailing narrative is that any action on the issue would be a backdoor for increasing the size of the government.

As an advocate for small government, I’m sympathetic to this concern, but it is becoming increasingly apparent that inaction is not an option. If Republicans start viewing fighting climate change as defending individual rights, rather than working towards some “common good,” they will be more likely to act on climate change.

House Minority Leader Kevin McCarthy (R-CA) also talked about his plans on addressing climate change in an interview with Axios. This plan would focus on capturing carbon emissions and investing in clean energy, such as natural gas and nuclear power. McCarthy’s plan would also give foreign aid to countries with highly polluted rivers in order to assist with the cleanup.

Rep. Bruce Westerman (R-AR) is working on the Trillion Trees act, which would try to increase the number of trees grown in the U.S. in order to capture carbon emissions.

Politically, it would make sense for the GOP to address climate change. Among younger voters, 73 percent of millennials say it’s “personally important” to them. Even millennial Republicans are becoming concerned about climate change, with 45 percent of them expressing concern.

It is no secret that the GOP has troubling winning the youth vote. Only around 32 percent of millennials identify as Republican or lean Republican. As millennials continue to increase their share of the voter population, the GOP will need to find ways to win their support. Introducing legislation to tackle climate change would be the perfect opportunity to begin to repair their reputation with younger voters.

The biggest handicap the GOP has when addressing climate change is their lack of messaging. While they criticize Democrats’ plans, such as the Green New Deal, up until now they have failed to propose and market an alternative solution. The GOP has an opportunity to offer a pragmatic solution to climate change that doesn’t involve radically reorganizing the economy. If Republicans could bring together rural conservationists and suburban moderates to combat climate change, they just might be able to rebuild their reputation with younger voters and create a pathway back to the majority.