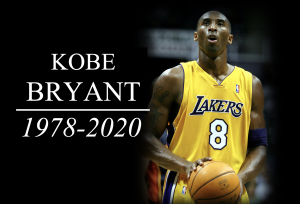 I remember exactly where I was on Nov. 26, 2007. I was 9 years old and was in the kitchen with my family starting our day when my older brother came in with a very startling look on his face.

“Sean Taylor was shot, and he’s in critical condition,” he said.

As a die-hard Redskins fan, Sean Taylor was my brother and I’s favorite NFL player. He was one of the league’s premier safeties and arguably the most feared defensive weapon in the NFL.

We ran into the family room to turn on the television and see what he was talking about. “How could this happen? What even happened? Why was he in Miami? Is he going to play next week?” These are all the questions that rolled through my head as a 9-year-old boy. I just hoped he would be okay and be able to come back and play football again.

Sean Taylor died on Nov. 27, 2007, at the age of 24, after being shot by an intruder in his home in the suburban village of Palmetto Bay in Miami.

It was a helicopter crash in the Los Angeles suburb of Calabasas, Ca. that claimed the lives of nine people, including former NBA superstar Kobe Bryant and his 13-year-old daughter Gianna Bryant. The news spread through social media like a wildfire. It seemed to make everything else that day feel like it didn’t matter.

Kobe Bryant became one of the biggest sports icons of the 21st century. His rise to stardom with the Los Angeles Lakers began at the young age of 17. In a career spanning two decades, Bryant brought the city of Los Angeles five NBA Championship titles. His career awards list reads more like a book than a list.

Beyond the court, Bryant was a figure beloved around the world. His career filled the league with storylines and drama, both on and off the court. Fans of the game saw the highs and lows of winning and losing build Bryant into the player he was. In many ways, however, the world watched Kobe Bryant grow from a boy to a man. At the age of 17, his parents co-signed his first NBA contract with the Lakers. He was just a kid with a dream hoping to take over the City of Los Angeles. He retired with a wife and, at the time, three children, and walked away from the game of basketball as one of the greatest to ever play.

Kobe Bryant’s death, however, extends far beyond the world of professional basketball.

The nine lives lost in the tragic accident in Calabasas belonged to people who were doing what so many do every single day: bringing their children out to play sports. The human aspect of a celebrity makes the stories of their lives resonate with millions around the world.

What Kobe Bryant was known for in 1996 was only a piece of what he leaves behind him today. Being good at basketball is only a part of his story.

Alongside Kobe and Gianna Bryant, 13-year-olds Alyssa Altobelli and Payton Chester and their parents John and Keri Altobelli and Sarah Chester, as well as their assistant coach Christina Mauser and the pilot Ara Zobayan, all perished in the accident. Being a father was what Bryant prided himself the most in. Being a parent of four daughters was one of his greatest joys.

Celebrities in our culture are seen as figures that transcend being human. They are regarded as glamorous, luxurious, attractive and picturesque figures that rise above the horizon of normality. But when the lights on the stage are off, and the final whistle blows on the field or court, athletes and entertainers are more than just celebrities. They are human beings.

What the world lost on that helicopter had nothing to do with basketball. Wives lost husbands, and husbands lost wives. Children lost parents, parents lost children and children lost siblings.  Each life on board that flight was a story. Each of those stories ended much too soon.

Life is an incredibly fragile commodity. We get lost in the day to day jobs and duties that fill our schedule. We get into our routines and rarely stop to think: What if my time was now? Kobe Bryant was 41 years old. He was an icon, he was in peak physical shape and he just recently won an academy award. He was only getting started on his next chapter when a routine helicopter flight took everything away in an instant. It reminds us all that we’re not made to last forever.

Week 13 of the 2007 NFL season for the Redskins saw a home game against the Buffalo Bills. It was just five days after the death of Sean Taylor. I watched on TV with my family as the Redskins took to the field on their first defensive snap. They only fielded 10 players, leaving the free safety spot, Sean Taylor’s position, empty in his honor. The Redskins went on to lose that game on a last-minute field goal that brought Washington’s losing streak to four straight games.

But nothing on the field seemed to matter. The loss off the field was much more significant than any loss the Redskins could suffer on it. Sean Taylor was gone, and his death left behind his girlfriend and his 18-month-old daughter.

In such a similar way to Sean Taylor, after the news of Kobe Bryant’s death spread, the world around the NBA began to feel pointless. The world lost a star, and families around the area lost loved ones. Whether it’s a family member, a friend or someone we know, the pain of losing a loved one is something that everyone, at one point, faces. We hope it’s always later rather than sooner.

Bryant leaves behind a legacy that will forever be embedded in the NBA and the world of sports. His dominance on the court will stand on a throne of its own. He leaves the world without giving his hall of fame induction speech. He goes without winning another academy award. He leaves behind the game of basketball.

Most importantly, he leaves behind his wife of almost 20 years and three daughters. But his dominance on the court, and his passion for being a mentor, teacher and father off the court lives on. It will never, ever be forgotten.