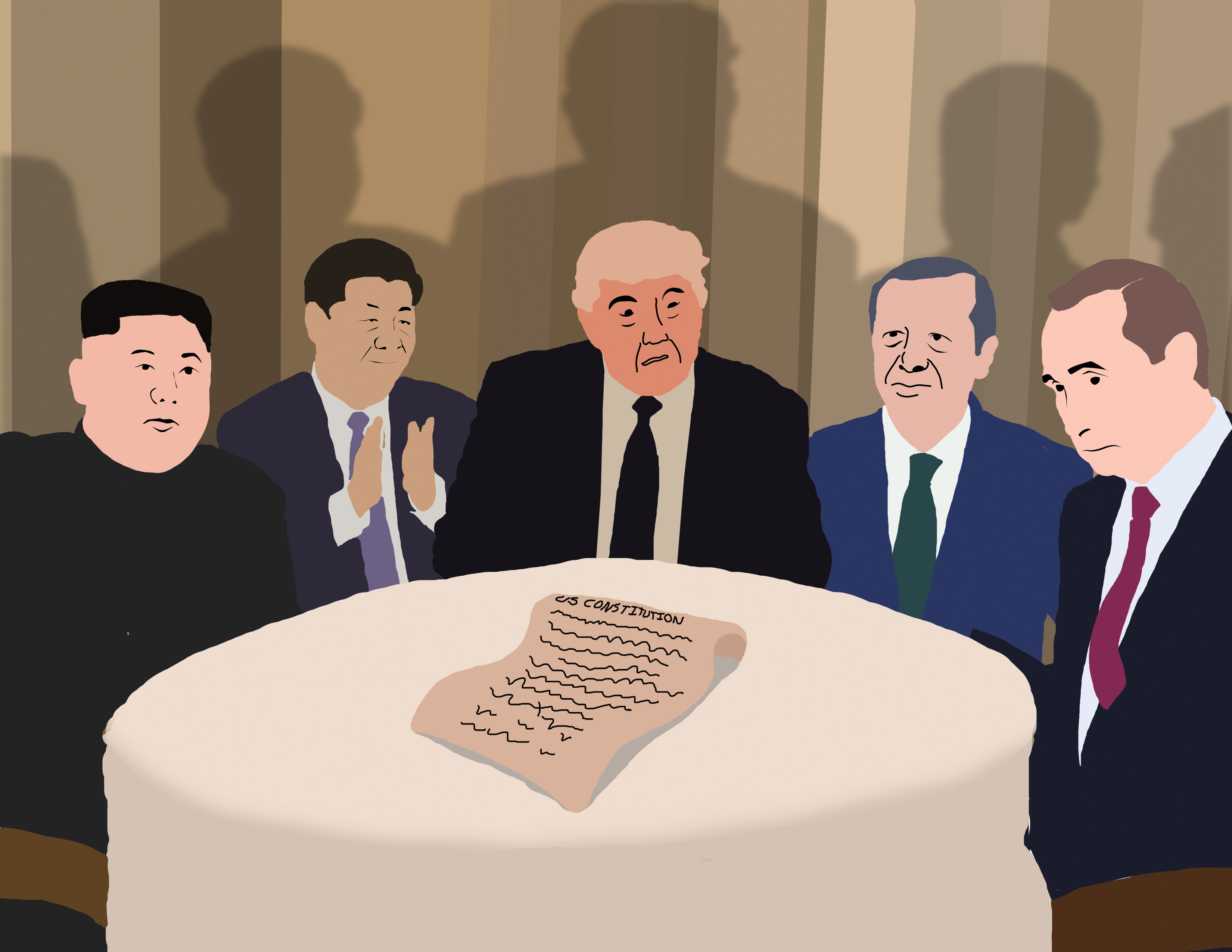 “America First” is a popular slogan going around nowadays, popularized by the sentient, hilariously bigoted trashbag that somehow became our president. It’s a distinctive motto, implying that we should care about ourselves over the rest of the world, because we’re the best in the world, right?

Beyond the fact that “America First” started out as a slogan for the actual Klu Klux Klan, the blind fanaticism behind America is a major problem with the country. America certainly has had some positive effects on the world, like its dedication to providing assistance to other parts of the world in the face of disaster (up until Trump rolled in anyways, such as our failure to send proper aid to Puerto Rico). But at the same time, America has been responsible for countless atrocities, even as far back as its conception!

The Constitution is one of the most widely respected documents in our history. Some would even say that the Constitution allowed unmatched protection for minorities. But at the same time, out of fear of a coming British invasion, our founding fathers made a concession in the Constitution to allow slavery, in order to get the last few states on board. In addition to the obvious, their “solution” would go on to cause the bloodiest conflict on American soil, the Civil War, where slavery was finally brought to an end.

To make matters worse, from America’s beginning the first settlers had been committing genocide against the indigenous people, running them off their land or outright killing them. America would go on to strip them of all their land, building our shining cities on the graves of the people who dared to fight for their home.

The next major example is the Korean War, where American bombers dropped approximately 635,000 tons worth of bombs. Their brutal methods lead to a death toll of three million, equivalent to ten pervent of Korea’s population at the time.

Not long after, America joined in on the Vietnam War, in a bid to stop the territorial expansion of the USSR and its allies. One of the most brutal parts of the war was the use of Agent Orange, initially used as a way of denying guerrilla fighters cover in the forests. One of Agent Orange’s ingredients is dioxin, a highly toxic chemical that can persist in the environment for a significant amount of time, making most food in the area inedible without sustaining bodily harm.

Even now America is in the middle of a fresh set of atrocities: refugees in cages at the border, a climate crisis already biting at our heels and not to mention the town of Flint, which still doesn’t have portable water after so many years. But that doesn’t mean there is no hope!

Our predecessors may have done terrible things, but that doesn’t mean we have to follow in their footsteps. We can change our home for the better, stop the cycle of death and suffering, but the time to act is now! We need to fight against the injustices in this country, not only to break the chain started so long ago, but to fight for a future worth living in.

A Tripartite Model for Higher Education