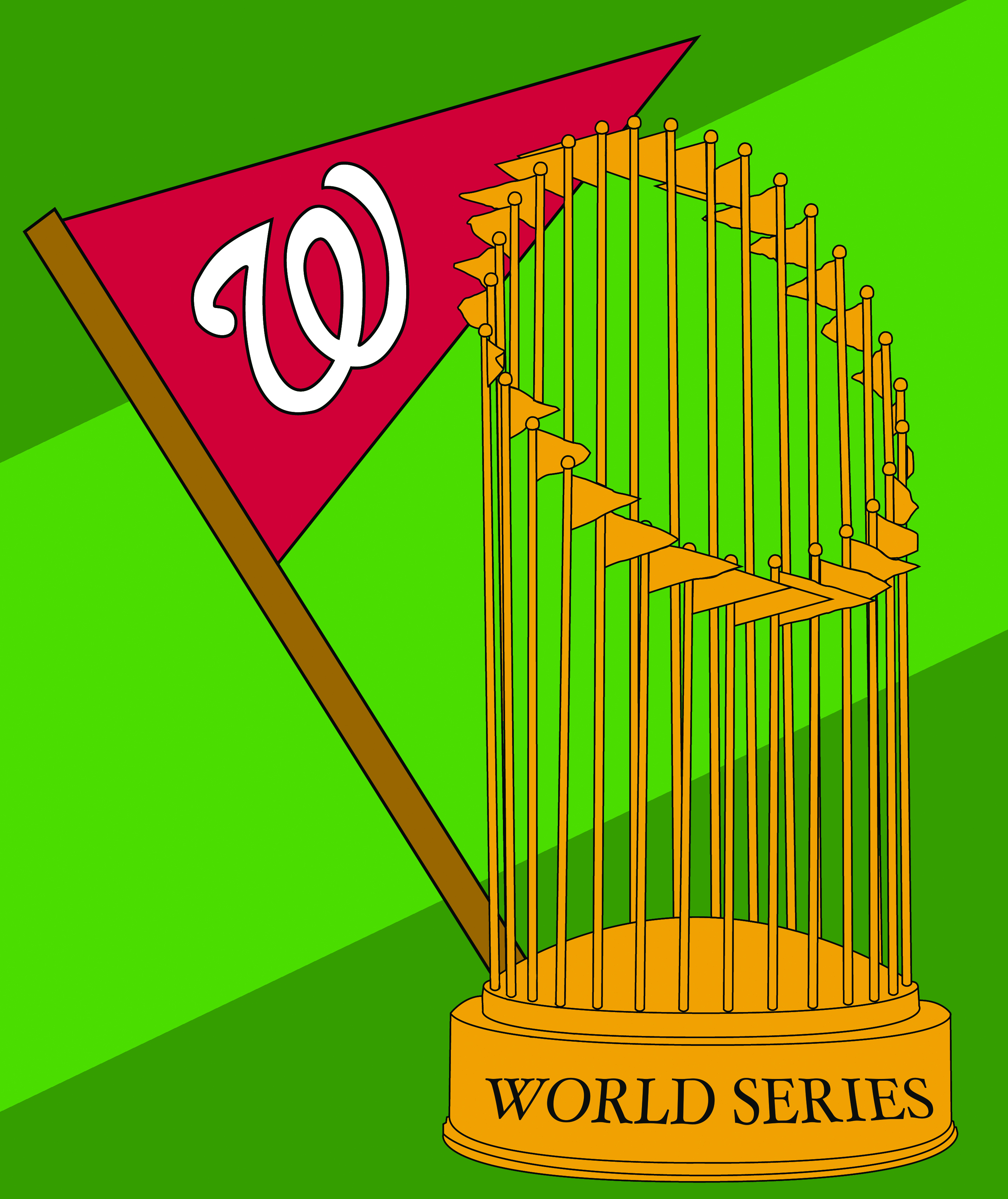 “Go 1–0 today” has been the mindset of the Washington Nationals and their manager, Davey Martinez, since the start of the summer.

It’s a simple message — but a necessary one, given how poorly the team started.

Through the first 50 games of the 2019 MLB regular season, the Nationals were twelve games under .500.

But those two numbers do not come close to quantifying how low the Nationals truly got.

At the start of the season, the Nationals were not just bad. They were a third-rate baseball team. And the struggles presented themselves immediately.

In the first inning of Opening Day at Nationals Park, Nationals ace Max Scherzer served up a solo shot to New York Mets second baseman Robinson Cano. That was all the Mets needed as they shut out the Nats, 2–0, to open the year.

Five days later, Bryce Harper returned to D.C. for the first time since signing with the Phillies for what was the largest contract in North American sports history. Not only did the Phillies win that game by six runs, but Harper got to exact his revenge. In the eighth inning, he demolished a fastball from Nats reliever Jeremy Hellickson, sending it into the second deck of seats in right field.

The large Philadelphia Phillies contingent stationed under the ball’s flight path went berserk. Harper finished his follow-through, admired the ball, started trotting to first base and twirled his bat in the direction of the Nationals’ dugout, as if to say, “Take that!”

As if things could not get any worse, during the very next game, Nationals starting shortstop Trea Turner got his right index finger broken on a hit by a pitch, sidelining him for six weeks.

Fifty-one days and 28 more losses later, the Nationals were 12 games under .500 and losing in the late innings to the lowly Miami Marlins. And that’s when everything changed. The Nats scored four runs in the eighth inning of that game and won.

And so the best team in baseball began their magical run.

In early May, Todd Dybas, the NBCSW Nationals beat reporter, had a conversation with Martinez in the manager’s office. Martinez told Dybas, “When we get healthy, we’re going to take off.

And take off they did, with Martinez at the helm of a speeding bullet ascending the National League standings.

After that game against the Marlins in late May, a few Nationals players praised their manager. Veteran second baseman Brian Dozier said of Martinez, “[He is] one hell of a manager. I got his back any day.”

Near the All-Star break, Kurt Suzuki made a similar comment. The 35-year-old catcher said, “I’d put him up there with every single manager I’ve had.”

The most significant criticism of Martinez during the regular season was his bullpen management. Whether it be overusing relievers by pitching them on back-to-back days, putting relievers in spots in which they wouldn’t hold the platoon advantage or by simply using underperforming relievers in high leverage situations, the fans got on him in a hurry.

Through the first two months of the season, the Nationals bullpen had an ERA of 7.14. The second-worst team, the Baltimore Orioles, spotted a 5.94 bullpen ERA.

When Nats fans went to sleep early in the season, they probably had recurring nightmares of Martinez on the mound, waiting to hand the ball over to Trevor Rosenthal as he jogged in from the right-field bullpen.

Rosenthal was just one of the many problems the Nats had in the bullpen this season. But Martinez’s sentiment through the struggles remained the same.

“We’ve got a problem in our bullpen, and we’ve gotta fix it,” a distressed Martinez admitted after an extra-innings loss to the Padres in April. “If we’re going to win consistently, we need all those guys to pitch well in the bullpen.”

While minor league call-ups and trades improved the bullpen immensely, some of the players already on the roster got better and rewarded Martinez with high impact moments later in the season.

For example, the pitcher who took the loss that April night, Wander Suero, recorded his first career save in a late June game against the Atlanta Braves. Right after the final out, MASN broadcaster F.P. Santangelo said it was “easily the biggest win of the year” for the Nats.

Fast forward to October, and with the culmination of everything he learned throughout the season, Martinez is pushing all of the right buttons in the postseason. Relievers are getting outs, pinch-hitters are getting on-base and the Nationals are racking up the wins.

Since May 24 — including the postseason — the Nationals have won nearly two-thirds of their games. For context, a 66.66 percent win rate is a 108 win pace over a 162 game season. The Nationals’ counterpart in the World Series, the Houston Astros, posted the best regular-season record in 2019 with 107 wins.

When Martinez stepped into the role of Nationals manager in October of 2017, he mad massive shoes to fill. He replaced beloved skipper Dusty Baker, who led the Nationals to back-to-back division titles during his short tenure in D.C. And before Baker, both Davey Johnson and Matt Williams won National League Manager of the Year awards with the Nats earlier in the decade.

But in two short years, Martinez is quietly making his case as the best manager in the 14-year history of the Washington Nationals, because he’s done something nobody else could: He’s brought postseason success to the nation’s capital.

The Nationals roster is loaded with talent, no doubt about it. Max Scherzer, Stephen Strasburg and Patrick Corbin lead one of the best rotations in baseball. Anthony Rendon and Juan Soto are two of the ten best batters in the game. Sean Doolittle and Daniel Hudson are as good as any setup-closer combination in the MLB.

But when looking back on this magical run, filled with over 100 total wins, multiple beer shower celebrations and the loudest renditions of Baby Shark the world has ever heard, don’t forget about the man who never panicked, trusted his process and led the Nationals all the way to the World Series.