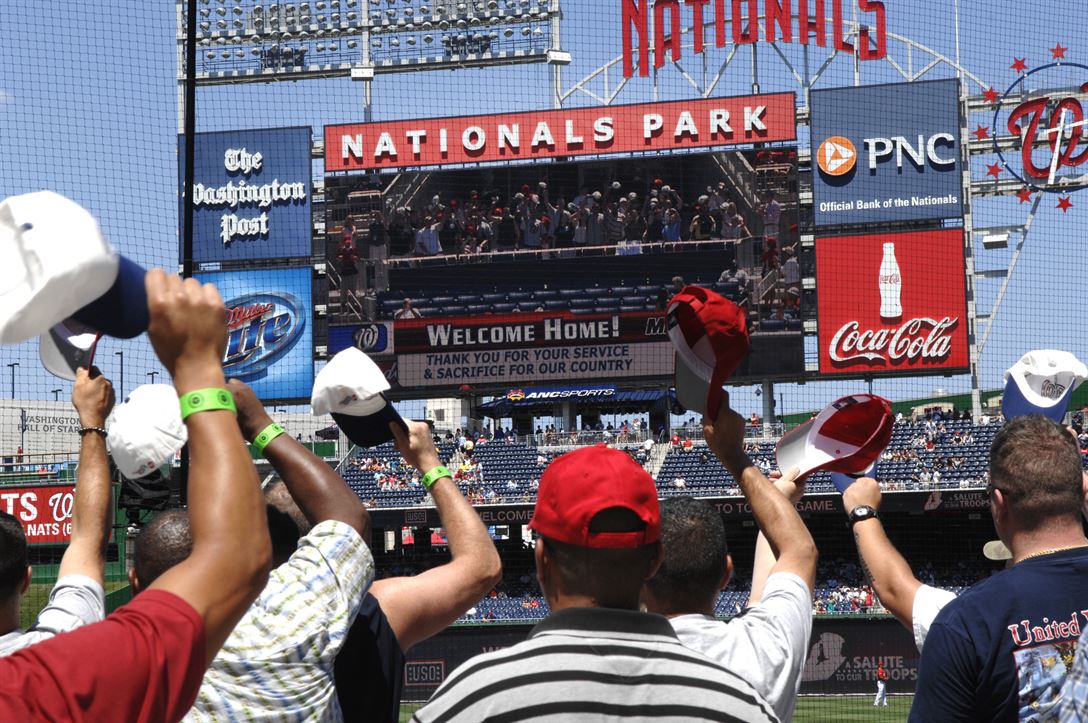 I don’t know if you heard, but the Washington Nationals won the World Series.

If you’re disappointed in our nation’s capital, it’s because you’re looking at the wrong people. Turn your gaze from the White House and the Capitol Building for a minute and look at the Nationals.

Unlike the Capitals, who won the Stanley Cup after being one of the best teams in hockey for a few years, the Nationals were a disaster. They didn’t make the postseason at all last year, and they bottomed out earlier this season at 19-31. They had the worst bullpen in baseball and no lead was safe. Their star player, Bryce Harper, left for the division-rival Phillies.

Five months ago, the mood could be summed up by a story entitled “Stick a Fork in the 2019 Nationals.”

“The chance for a season comeback has passed,” wrote Ross Shinberg. “The Nats had every opportunity to fix the team and have failed to do so. Now, it’s too late. The 2019 Nationals will miss the postseason for the second year in a row and finish under .500 for the first time since 2011.”

I feel for Shinberg. As a writer, you want your articles to age like wine, not milk. But at the same time, there were four whole months left in the season, and that’s a bit early to make those kinds of predictions. He might deserve what the baseball gods have given him: complete and total repudiation. The Nationals didn’t just make the postseason.

They are the champions, my friend.

And they kept on fighting to the end. While Bryce Harper was counting his money and flipping his hair, the Nationals were putting together one of the greatest runs in the history of baseball. From the nadir at 19-31, the Nats went 74-38 to finish the year at 93-69, good enough for a wild card spot in the playoffs. They came from behind to win the one-game playoff against this author’s team, the Milwaukee Brewers.

I’m not sure what they did during the next week because I swore off baseball to wallow in the embarrassing defeat of my Brew Crew, but I hear they won to advance to the NLCS against the St. Louis Cardinals. They swept the Cards and made it to the World Series against the MLB-best Houston Astros.

Though no one would have admitted it at the time, the Nats were definitely just happy to be there. If they had lost to the Astros, it would have been hard because losing is hard, but it would have been respectable — they won the National League despite not being expected to even make the postseason, and the Astros are the best team in baseball.

But they won, and they won in their own way. As Ross Shinberg pointed out in these pages while totally redeeming himself from his earlier article, Nationals manager Davey Martinez “never panicked, trusted his process and led the Nationals all the way to the World Series.” His process is old-school.

There are lots of different ways to tell if a manager is old-school, but the most telling one with Martinez is his attire. He doesn’t wear a hoodie or long-sleeve shirt in the dugout like Astros manager A.J. Hinch (today’s manager of tomorrow) or the just-fired Joe Maddon (yesterday’s manager of tomorrow). No, Martinez wears a uniform just like his players, which is what managers traditionally wear. He’s never been obsessed over pitch counts, and the Nats aren’t dependent on belting homeruns like many teams today. They still do sacrifice bunts and steal a lot of bases (the most in the National League during the regular season).

And they won the World Series. It’s true in politics, and it’s true in sports: the best way to send a message is to win. The Nats’ message: with steady leadership, adherence to time-honored principles and a shared vision, you can pull off some pretty amazing stuff. Other baseball teams will take notice, and other leaders in our nation’s capital have a lot to learn from Davey Martinez, who proved that Washington, D.C. can do something right.

(After the excitement wears off on the win, though, I do hope we can reflect and realize one thing: the Baby Shark thing was pretty silly and got really annoying. Sorry, it had to be said.)