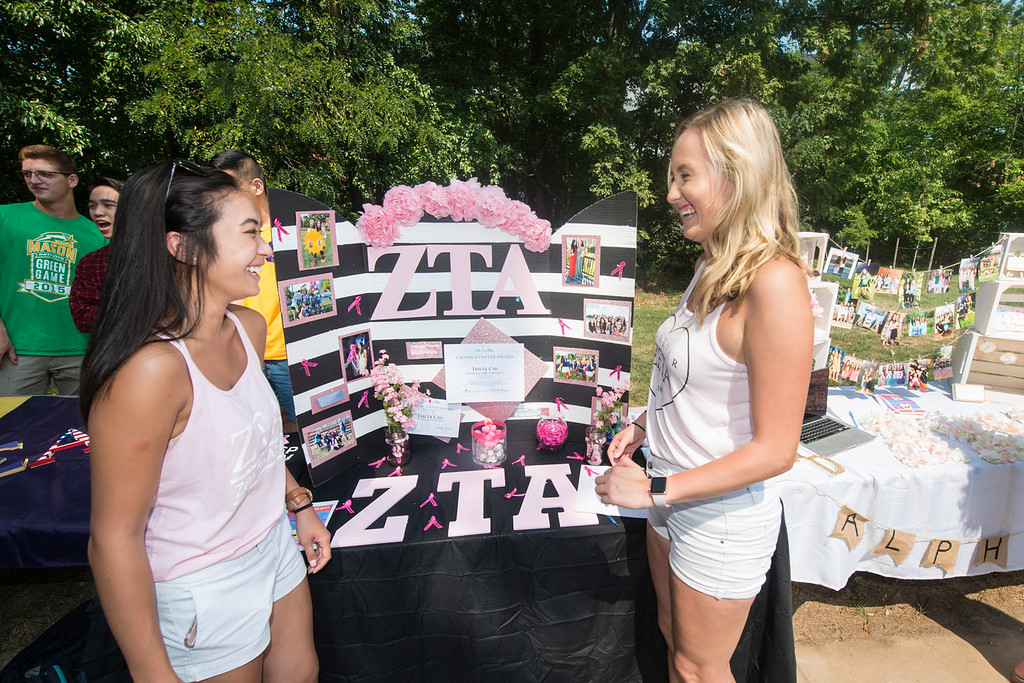 One of the main complaints I have heard from those involved in Greek life is that Mason does not have a Greek row. By not having a Greek row, Mason shows that it is trying to push Greek life off campus as well as dissociate the university from the organizations.

With nearly 2,000 students involved in fraternities and sororities, it simply does not make sense. The lack of a Greek row is one of several issues with Greek life at Mason, many of which stem from a lack of support.

Most people know that Mason has a huge housing shortage. The lack of a Greek row exacerbates the housing issue because those involved in Greek life may be forced to live on campus. This is especially an issue for Greek life, as Fairfax City has a law preventing more than four unrelated people to live together.

Not having a Greek row also creates many issues for fraternities in regards to hosting events. Whenever an event is held, whether it is a mixer with or without alcohol, those attending need transportation to the off-campus location. College students drink, and transportation becomes a large problem when alcohol is involved. This can heighten instances of drinking and driving. The responsibility of providing rides to and from the event falls onto fraternities themselves. This not only has a large monetary cost but is a lot of work. Those doing the actual driving often do so for hours at a time. If there was a Greek row on campus, fraternities would not have the cost or responsibility of safe rides. Mason always discusses how important safety is, but this is a prime example of where they turn a blind eye to the dangers of transportation to and from parties.

The lack of support for Greek life charity events is also a huge issue. When a fraternity or sorority is holding a charity event, they typically go through third parties like Chipotle or Panda Express. If Mason matched funding, there would be the potential for the organizations to raise significantly more money.

Mason often provides ultimatums for required events. For example, in late September, every sorority had to have 90 percent of their chapter attend an anti-hazing seminar. While this was a great idea, they held the event at 7:30 p.m. on a Wednesday. Due to limited on-campus housing and lack of a Greek row, many students have difficulties coming to campus at that time. Combined with work and school responsibilities students have, the choice to only have the event one time in the evening made it difficult to meet the requirements imposed by Mason. If a chapter does not meet the requirement, they are fined. The fines are not just punishments — they are more like burdens when the events are only offered one time and the quotas are difficult to meet. After speaking with members of Greek life, they concluded that having the events at multiple times and on more than one day would be the best solution.

Mason needs to work towards providing more overall support for Greek life. There tends to be a negative attitude towards Greek life, yet everyone I know that is in it or has been involved in it loves it. It is a great way to meet new friends that can last a lifetime. This can be seen in how alumni still visit their organizations years later. On top of valuable friendships, Greek life can also be a great way to network. I witnessed an older brother in a fraternity helping a younger one prepare for the career fair earlier this month. This is just a small scale example. When alumni come back to visit their chapter, they provide the opportunity for students to network with them. Fraternities and sororities also do a lot of charity work. I constantly see booths set up in the Johnson Center or posts for fundraisers on Facebook. They are not just bettering themselves, they are helping others too. Greek life brings a lot to Mason and deserves more university support.