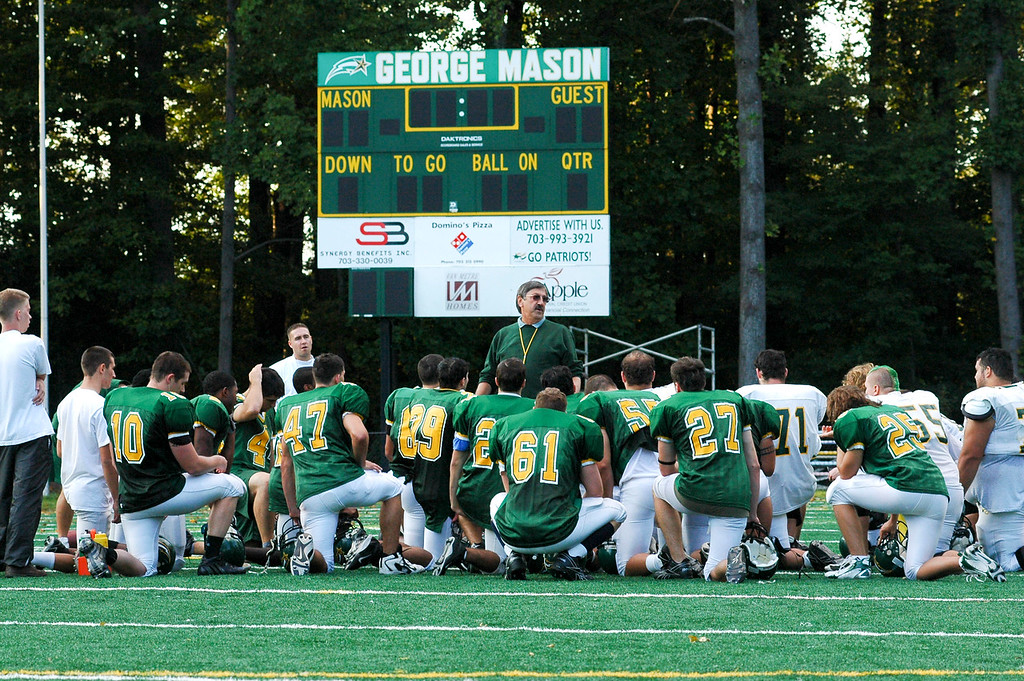 So you say you want a football team?

Of course, when you say you want a football team, you don’t really mean you want football. We already have football. You can watch the club football team play on the RAC Field if you want. I’m sure they’re terrific, but I’ve never gone to watch. Neither have most students. We care so much about our current football team that, at the time of this writing, the club football Twitter account has been dormant since Sept. 21, and no one noticed — despite the team having played three games since then. But the Twitter account is doing a whole lot better than the official university club football website, which hasn’t been updated since Barack Obama was president.

When you say you want a football team, surely what you really mean is you want the experience of having a football team. You don’t want to watch the masterful execution of a Cover 2 defensive scheme or a jet sweep. You want the gameday experience where students are united by facepaint, the fight song, alcohol, superstitious traditions, alcohol, funny signs, alcohol and tailgating in support of their school. You want what you see on ESPN on Saturdays when the College Gameday bus rolls into Tuscaloosa, Alabama or Norman, Oklahoma.

While all that would be fun, there’s one really big problem: Fairfax ain’t Tuscaloosa.

If Mason got an NCAA football team, we wouldn’t join the SEC. We wouldn’t even join the Football Bowl Subdivision, which are the schools with a chance to be in a bowl game. No, we’d be a Football Championship Subdivision (FCS) school, and we’d have to join a different conference for football only (the A-10 is a non-football conference). Looking at the other schools in the A-10 with football teams, that means such prestigious conferences as the Pioneer League or our old conference, the Colonial Athletic Association.

We wouldn’t build an 80,000-seat stadium with throngs of cheering fans. We’d have a glorified high school stadium like most other FCS schools. As for the cheering fans, students by and large don’t attend the sporting events we currently have. The student section at basketball games isn’t always full. When the A-10 tournament was at Capital One Arena in 2018 and the athletic department offered free student tickets, I picked one up — and had nearly the whole section to myself in D.C.

What would make anyone believe we’d act any differently if we added a new sport? The university would spend a ton of money it doesn’t have to field a bad football team in a crappy conference, the first game would sell out, the novelty would wear off, and by the end of the first season, it would be just another poorly attended Mason sporting event.

So you say you want a football team? I say, why bother? I’ll enjoy watching real college football on TV.

That’s not to say we shouldn’t be looking to expand in terms of sports. I just think we should build on what we already have. Mason already owns a top-notch sports facility in EagleBank Arena. We should be courting a minor-league hockey team. EagleBank is the perfect size at 10,000 seats, Capitals tickets are really expensive and the closest minor-league team to Fairfax is in Harrington, Delaware. There’s a market for minor-league hockey in Northern Virginia. Work out a deal for student discounts, and it would be sweet.

Why Don’t We Pay Attention to Women’s Sports?