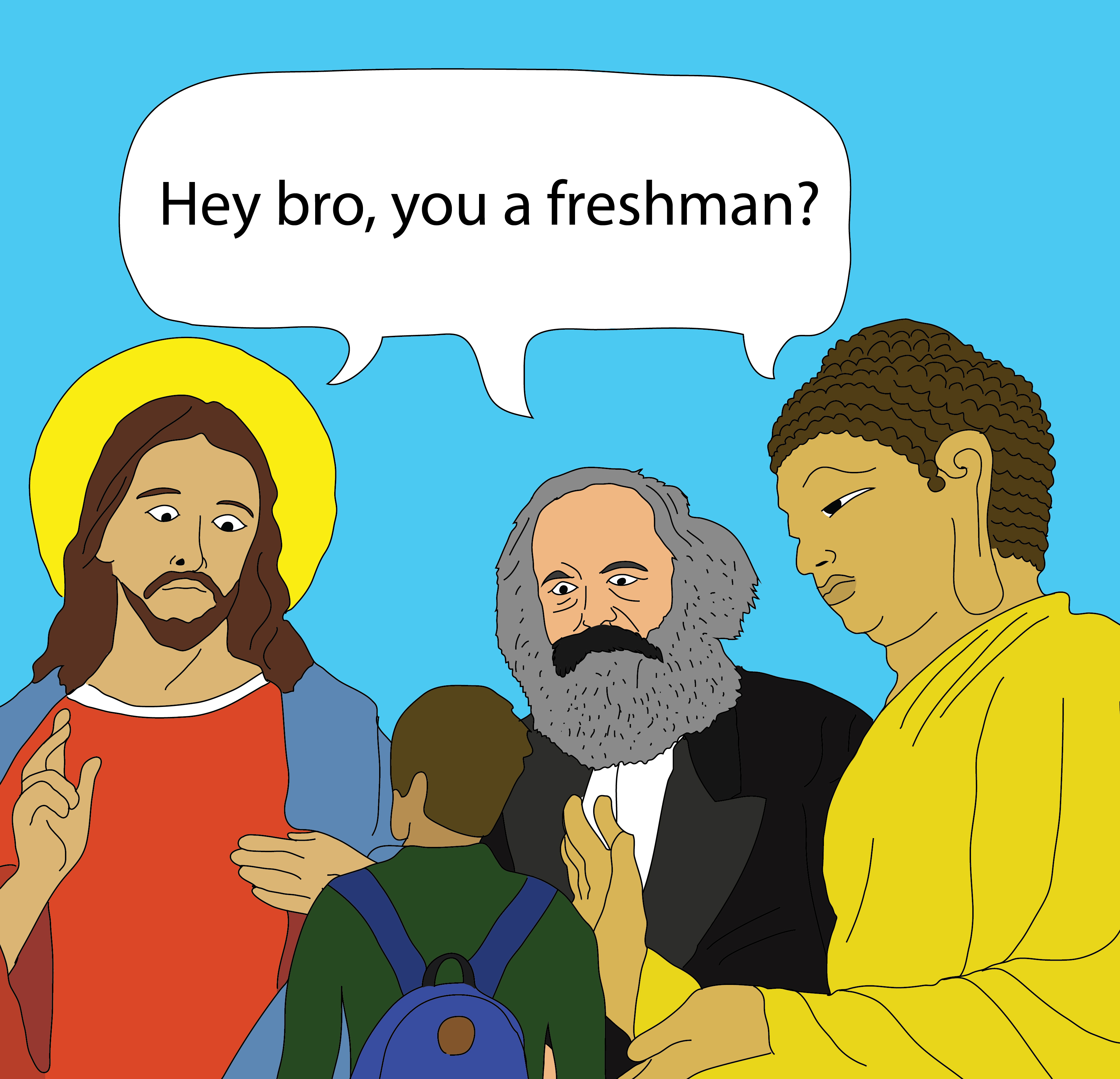 When I go into DC, I always stop and see the White House. I do it in part because I’m a tourist who doesn’t know anything better to do, but also because I enjoy watching the mix of political activists, religious groups, long shot presidential candidates and more who come to make their case at the President’s doorstep.

Often, they come alone, content to hold their signs, pass out their flyers, and shout into their microphones with no one else to protect them. Even those of us who have the conviction to be part of group demonstrations would probably never consider doing one alone.

I admire those who believe in something strongly enough to take their message to the streets, and when I visit the White House and see the crowds there, I don’t feel like they are imposing on my experience. In fact, it’s a big part of why I go.

Our campus also happens to attract many of the same sort of people who stand outside the White House, especially the ones with religious messages. Sometimes it’s one person, sometimes it’s a table with two or three, but they are always vastly outnumbered by the sea of disapproving students they have to face.

Many complain about their presence, which is understandable when some of them shout at students and make people uncomfortable, but I’ve heard people take offence to their being here at all.

Ask yourself: do you believe in anything so strongly that you’d be willing to stand alone to defend it? Would you face a thousand rejections for the possibility of changing one person’s mind? I am inspired by the dedication of the religious and activist groups I see on campus. I don’t have to agree with them, in fact, I hardly ever talk to them, but I am never frustrated by them.

It’s flattering that the kinds of people who like to take their message to White House — the center of power for the entire free world — also find it worth their while to come to our campus.

Having to say “no thank you” to a few Christian groups on your way to the dining hall is a small price to pay for being in a place where people and ideas from all walks of life converge. Be happy they’re here. Even if you don’t want to talk to them.