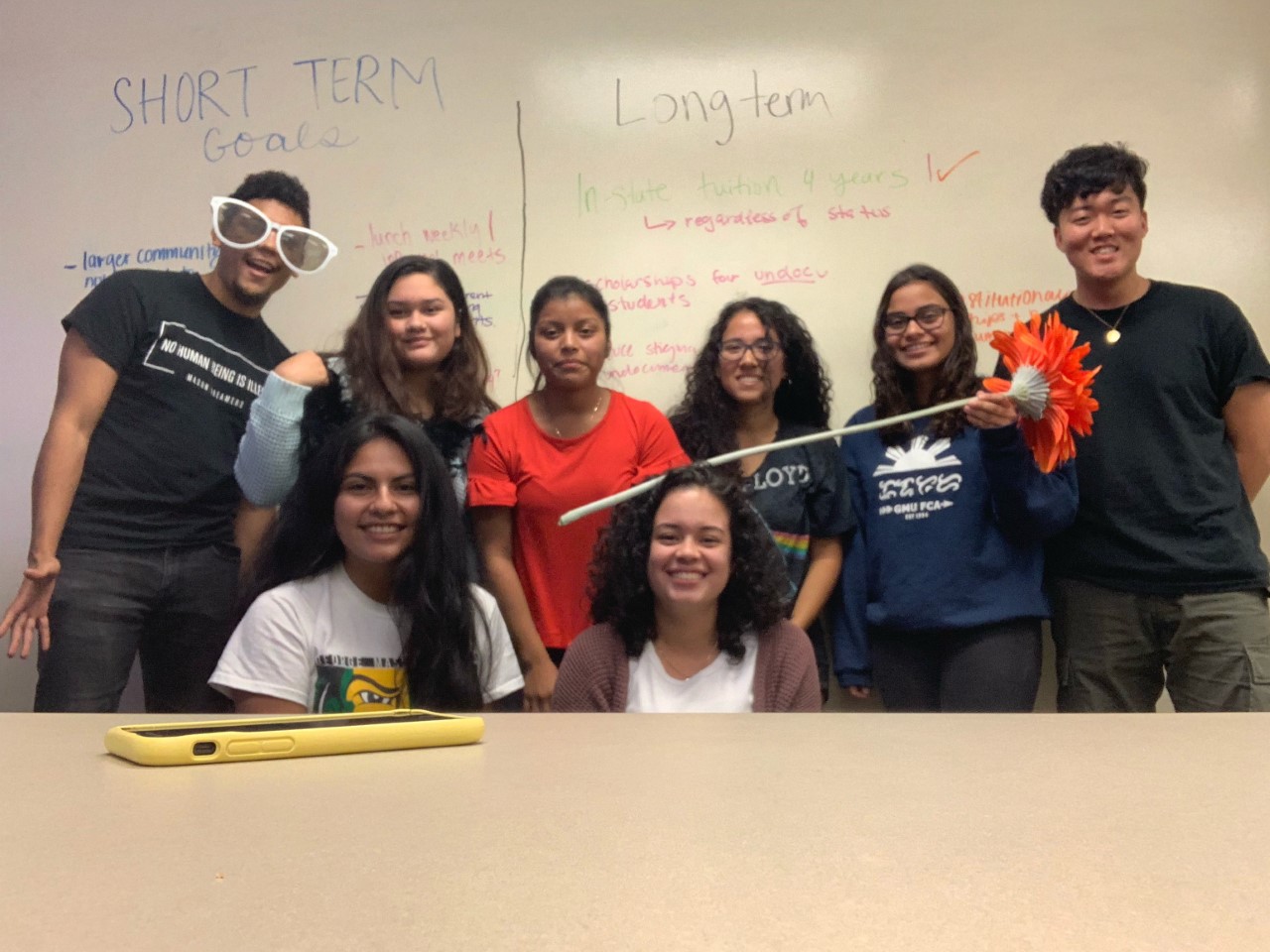 CAN YOU TELL ME A LITTLE BIT ABOUT THE ORGANIZATION?

Basically our mission is to create a more inclusive environment for our Undocumented, DACAmented and [temporary protected status] students, as well as being able to teach [Undocu]Allies how to be Allies and what they can do versus what they should be careful of.

SO, WHAT DO YOU HAVE PLANNED FOR THIS YEAR?

For this year, we’re actually implementing this new event that will be a bi-weekly meeting until we see where it goes. It’s called UndocuTalk. Each meeting that we’ll have for it will be a new discussion and a new question. Most of them will probably be political. But, in the beginning, it’s more of helping the students adjust, especially if they’re transfers or freshmen, and like what do they need help with, if there’s anything that they’ve encountered already, any bumps in the road that we can maybe help them with. Things like that. But it will mostly be a space where they can talk about how they feel, ask questions. A lot of the times we’ll help with DACA renewal like ‘Where can you go? How much would you have to pay? Who can help you?’ So that’s kind of what UndocuTalk will be for. Just for these students to come out and talk a little bit.

WHAT DOES IT LOOK LIKE TO BE A GENERAL MEMBER OF MASON DREAMERS?

So, a general member would be someone who likes to come out to the events that we do or wants to know more like how to help. Last year, I was just a member but it kind of, like, there wasn’t an actual intern tier, so we’re just implementing that again this year, so it was kind of like I was a general member but I also helped eboard. So at least to me, last year, it was a lot of like going to the eboard meetings, learning about what’s going on behind the scenes, but this year it’s more like a little going back. We understand that college is stressful, so we don’t want our general members to feel like they have to be working a lot with us. So it’s kind of like just coming out to the events, enjoying it. Some general members will volunteer here and there for the meetings. 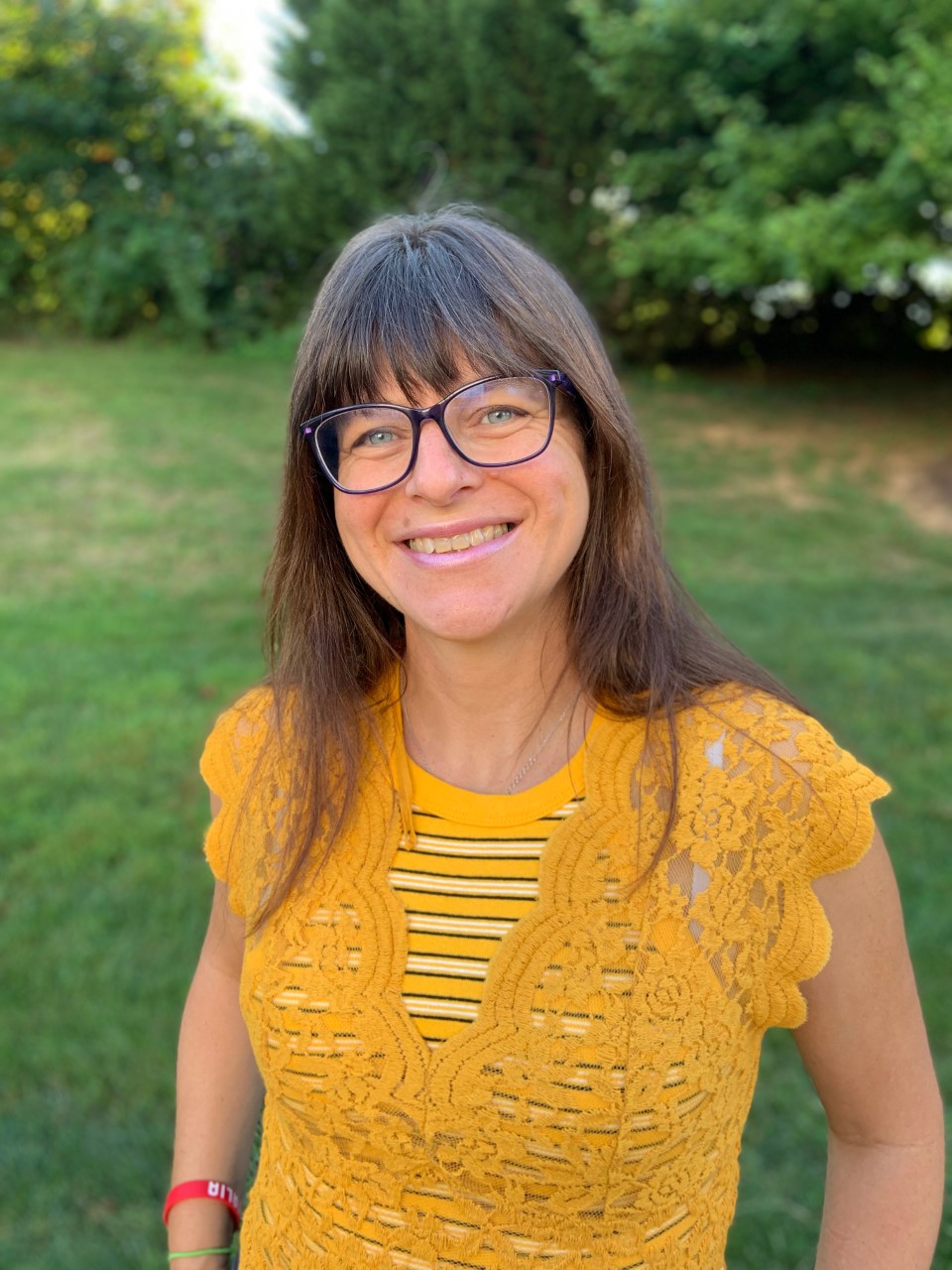 WHAT IS YOUR FAVORITE THING ABOUT MASON AND THE COMMUNITY SO FAR?

The diversity. I love it. So I started teaching here in January, so my husband is starting now in September but I actually started in January. And the absolute things I love most about Mason is the diversity that I think in a class where there are people from, I mean, so many different countries, such a diverse background. For me, just — I feel home because, you know, I’m a foreigner myself. And I’ve been traveling a lot. And here, you know, I meet people who speak Spanish, who are Eastern European, or like, Canadians. They are like from everywhere, so it’s just, it’s just fantastic. Absolutely.

WHAT WAS IT LIKE STUDYING ABROAD AND THEN COMING BACK TO THE U.S.?

So, first of all, when I moved to Germany for my Ph.D., I didn’t speak English. And I didn’t speak German either. So it was a bit of a traumatic experience because I was unable to communicate. So that was a very big challenge.

Yeah, so when I worked in Connecticut, I had I guess a lot of — I was really homesick. A lot. Well, because my grandmother passed away. So I was not really into being in the U.S.

And I mean, for some things it was hard. For some other[s], I really like it, because [the] nature in Alabama was amazing. You know, Europe, Europe is beautiful but it’s highly urbanized. Not a lot of easily accessible, natural [places] … Right now, I’m in Manassas. I was running, and there were wild turkeys here … In Europe, it’s a bit more difficult to have this close contact with nature, unless you go to the mountains, or unless you go to more of nature reserve, so on, so on. So I really like that about the U.S.

HOW DO YOU TRY TO INCREASE THE AMOUNT OF WOMEN IN STEM?

So, especially where I was before, in Alabama, a lot of guys, girls, were encouraged to not necessarily pursue education, but just [to find] a good husband. And, you know. So I would encourage them to basically follow their dream. It’s not because they are girls they should be at home having kids. So it’s a lot of one-to-one relationship, they know that my door is always open, they can always come to talk to me.

So yes, it’s not something that, like I’m involved in some program actively, but it’s more like trying to facilitate and talk to people. And I mean, I’ve done a lot of things in my life. I travel a lot, I have a kid, I’m married. So I just want to show to them [it’s] very possible to, you know, follow your dreams. This was my dream since I was 12 year[s] old probably. So, you know, I became a scientist, I work on a lot of things that are really fun. I work with animals that, historically, this is a field that was men-driven, working with the reptiles was very men-driven. Now, there are a lot of women. So we are more and more involved … because there’s no reason why it should be a men-driven field.

Freshmen, You Got This!