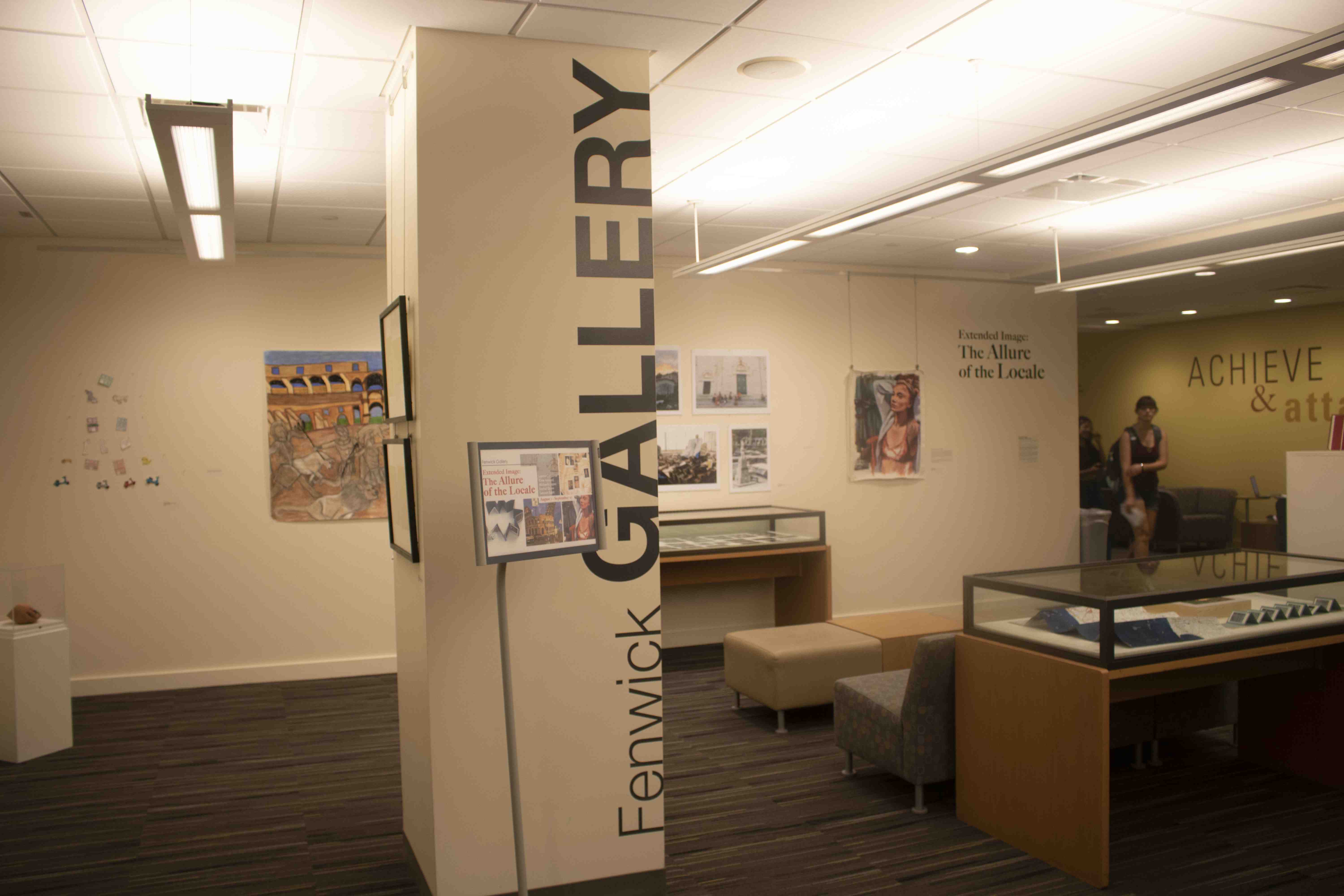 The Fenwick Gallery’s goal is to be a space for enquiry. The current exhibit, “Extended Image: The Allure of the Locale,” enquires about space itself.

The works currently on display were created by a group of five students who participated in a Mason summer study abroad program in Tuscany in 2018. The five artists—Lauren Patrizi Carpenter, Kime Howard, Michaela Japec, Rachel Quinn and Setareh Sabti—were led by Mary Del Popolo, art professor in the Mason School of Art, and assistant professor Maria Karametou.

The location of the study abroad was Serravezza, Italy, near the same mountains where Michelangelo would collect marble for his famous sculptures. In fact, Michelangelo stayed in the same area as the students during his time employed by the de Medici family. Del Popolo incorporated a book of Michelangelo’s letters that described his time in Serravezza, giving the students a first-hand look at what inspired an artist during that time. This history and tradition of the region heavily inspired the art that the Mason students were to make. 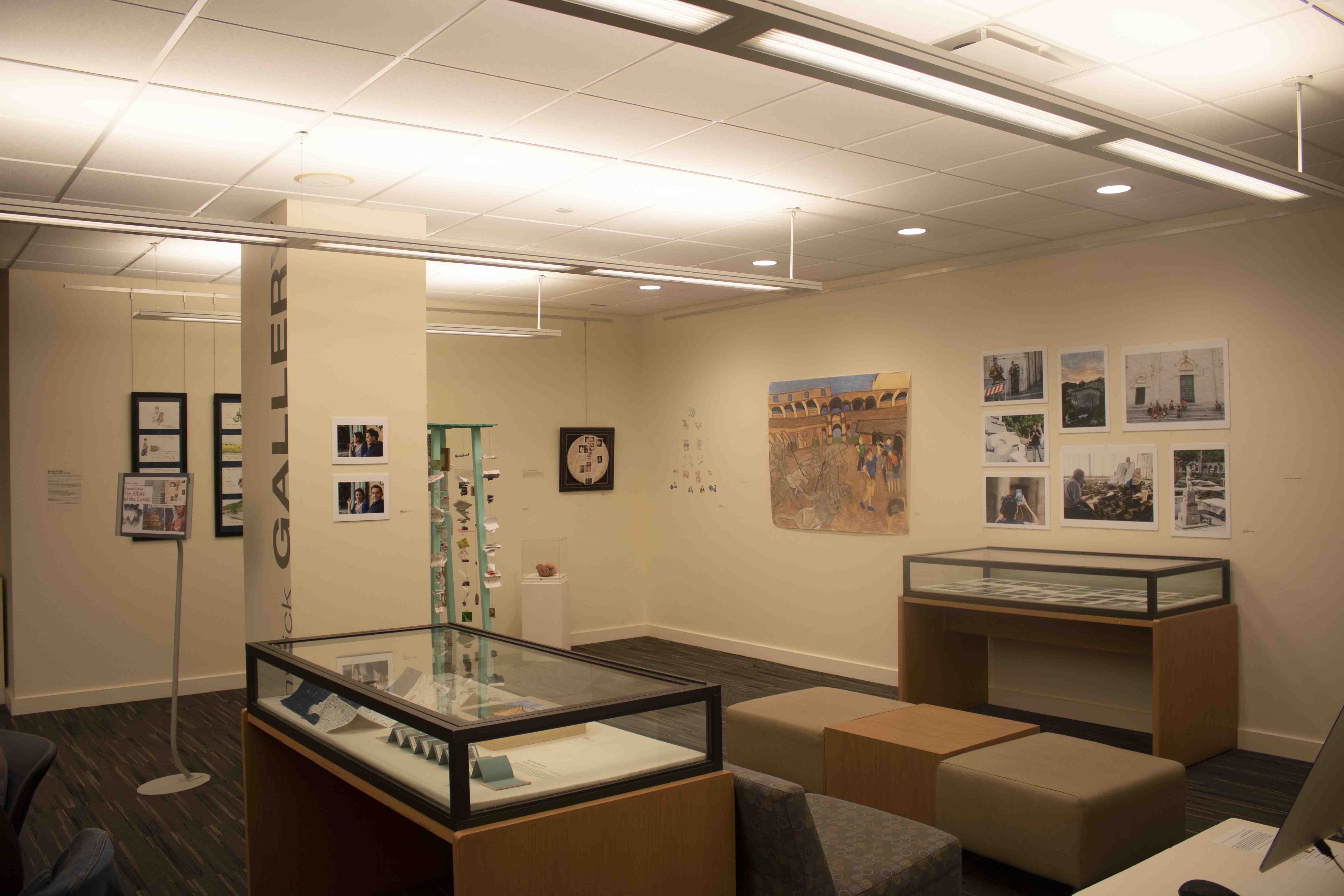 An important theme in the class was a sense of place. Del Popolo said that designating the place was very important.

The class itself was very open-ended. As a result, there was a unity created within the group from the very beginning that led to a lot of verbal collaboration. They also had the freedom to use whatever medium they wanted, be it painting, sculpture or photography.

“[The students] had the opportunity to invent, discover … make [the artwork] what they want,” Del Popolo said.

The class was made up of mostly seniors who had already gone through many art courses. Therefore, Del Popolo and Karametou trusted them to create without close guidance. In addition, they had the opportunity to have a space within the studio to call their own, a prelude to what an artist’s life could be.

“Everybody contributed … to what they felt was important to them in their response to that experience,” Del Popolo said.

“The show was amazing,” Del Popolo said. “We were there for hours … [the students] were so fed by all that they saw … they had the juxtaposition of the [traditional and contemporary].”

As in any course, especially when it comes to art, each student took away something different and made it their own.

For instance, Rachel Quinn created a piece called “Surfaces of Hidden Worlds,” in which she examined “surfaces within the surrounding environments,” Quinn wrote.

Another student, Lauren Patrizi Carpenter, is a teacher herself and thus had a different experience. “Taking a broader view of this piece of my personal experience, in particular, continues to remind me to be more empathetic in my own classroom when my students struggle to make art that is important and meaningful,” she wrote.

This is the first time that students who participated in this particular course have had the opportunity to display their work in the Fenwick Gallery.

“This show was most unified in terms of students and experiences,” Del Popolo said.

On Wednesday, Sept. 11, there will be an artists’ talk held in the Fenwick Library at 2 p.m. The exhibit will remain in the gallery through Sept. 27.