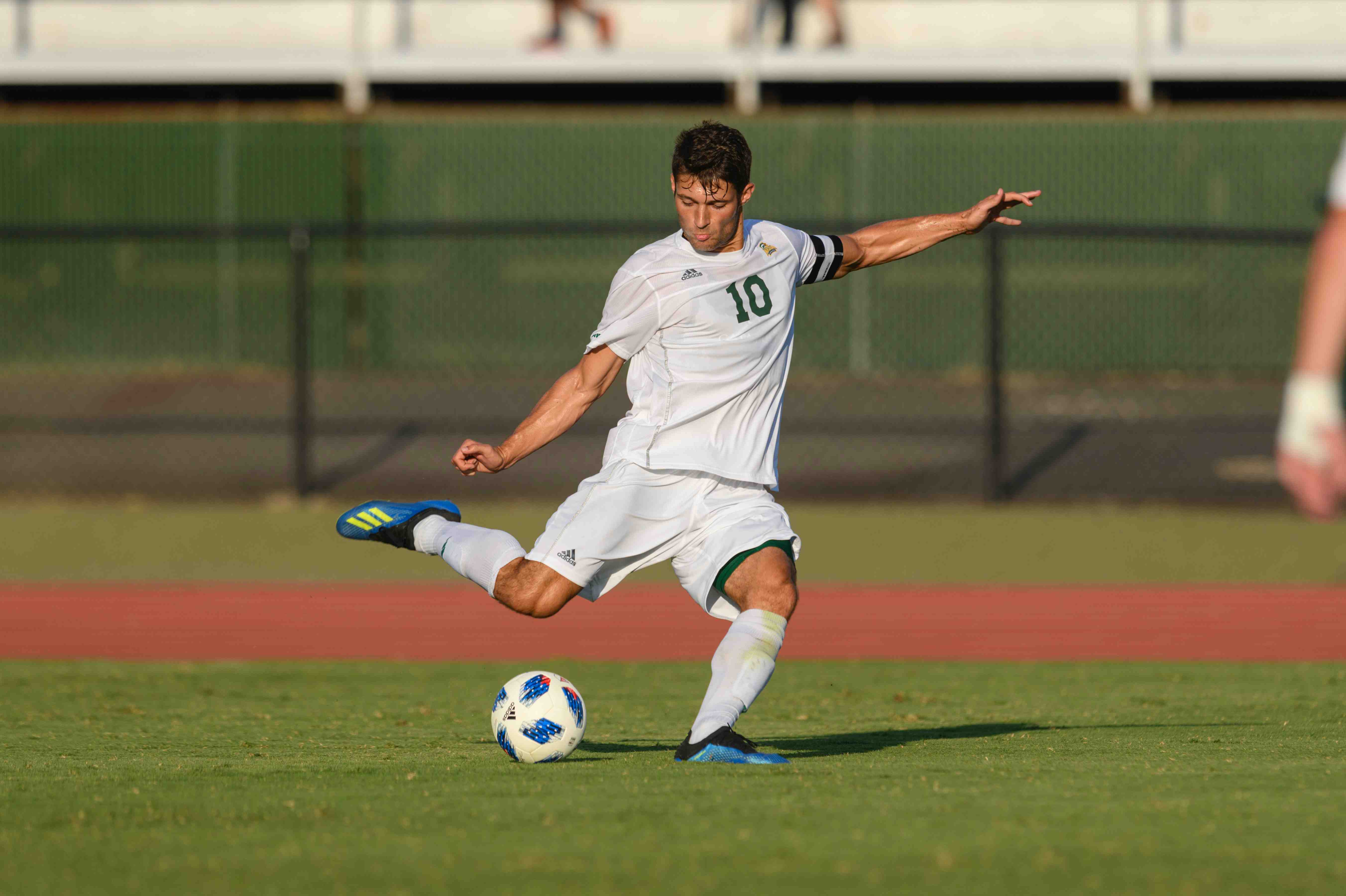 Ryan Mingachos has been surrounded by soccer, literally, since the day he was born when his grandfather wrapped him in a scarf of a Portuguese soccer team the family follows.

“[Growing up] it was exactly that —soccer all the time,” he said. “And I loved it. I mean, every day, no matter whose house I was at — my uncle’s house, our house, my grandparent’s house — soccer was always on and there was always a soccer ball ready to be played with so it was awesome. I wouldn’t change anything about it.”

Mingachos’ father played soccer at Western Connecticut State University, coached the school’s women’s soccer team for 19 years and is now the head coach of the men’s soccer team. His sister is currently a freshman on Quinnipiac University’s soccer team and has started the first four games this season.

When he was younger Mingachos tried other sports, but neither basketball nor track ended up sticking. After scoring just four points in his first, and last, basketball season he realized the sport was not for him. Mingachos stuck with track for a little bit longer and gave it up when it started to conflict with his first love, soccer.

Mingachos’ was encouraged by one of his coaches to play for the New York Red Bulls Academy, a team in the top tier of youth soccer in the country.

“He knew I could play at the next level because he’s from England. He played at the professional level and he saw it in me,” said Mingachos.

Though playing with the team opened his eyes to the reality he could play at the next level, the Red Bulls were based in New Jersey, requiring Mingachos to travel 90 minutes each way to practice from his hometown of Danbury, Connecticut.

Mingachos was a two-year captain for the Red Bulls and helped them to reach the United States Soccer Federation (USSF) Development Academy Finals. He also scored the game-winning goal in the Major League Soccer (MLS) Generation Adidas Cup Championship.

The three-hour round trip left him very little time to invest in his social life; he went to school, did his homework, left for either a 6 p.m. or 8 p.m. practice, came home, showered, ate and went to bed to repeat it all again.

With his dad coaching, it was his mom who often made the drive multiple times a week to New Jersey—something Mingachos is incredibly thankful for.

“I mean, the sacrifices they made for me have been unbelievable and I literally couldn’t have asked any more of them. They’ve been — if not the main reason — one of the biggest reasons why I’m here right now,” Mingachos said.

Mingachos is majoring in sport management because he wants to remain in the sports world and coach at either the collegiate or professional level.

The primary reason he came to Mason is simple: It felt like home. 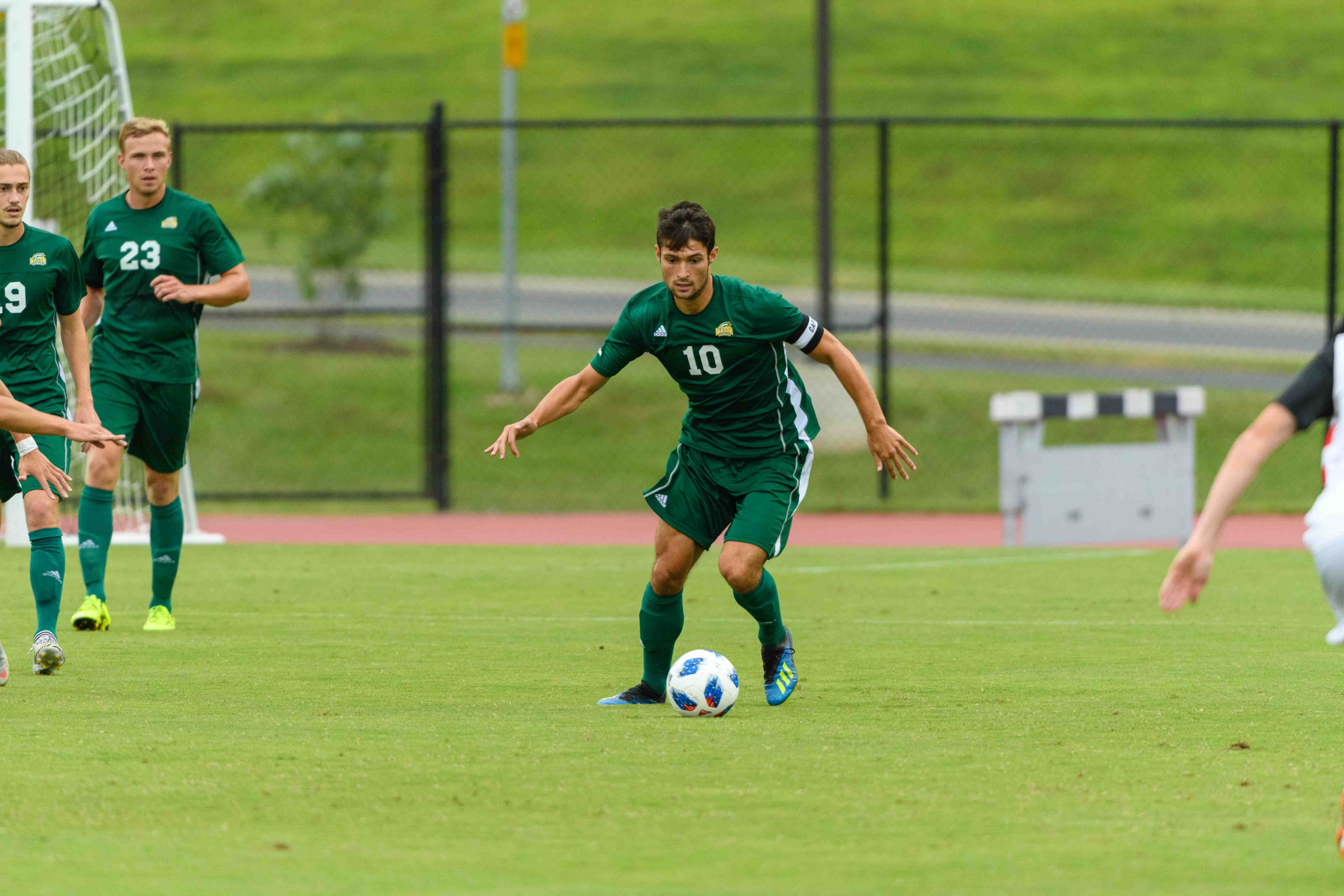 Mingachos added, “The transition from leaving, you know, Connecticut to here it was made so much easier because of that.”

Having played in every game since coming to Mason in fall 2016, Mingachos has been a point of consistency for the Patriots.

“I tell a lot of the guys today, we have to just take it game by game — don’t worry about the future,” he said.

“That’s exactly how I took these past three years,” Mingachos added. “You know, every day is a new day, every practice is a new practice. So each time I step on the field for training or for games, I just want to make sure I get better every single time I step on that field and I walk off knowing that I gave them my all.”

Head coach Greg Andrulis said, “His trajectory has always been a positive one since he arrived at Mason. He is respected by his teammates and the staff who have absolute confidence in his leadership judgment and commitment.”

In the first two games of this season, Mingachos registered 11 goals and eight assists, having started all but six games in his career.

“Ryan is the consummate team player — he truly cares about the team. He’s a winner, a fighter and a Provost Scholar at Mason,” Andrulis said.

Mingachos’ favorite moment in his Mason career was not a moment at all, but rather the entirety of the team’s 2018 season.

Mingachos has enjoyed seeing the team grow from a two-win team his freshman year to a conference runner-up his junior year.

“I feel like just that whole story is a moment that I’ll never forget. And this year, we’re not done. We want to go back and we want to win it this year. So the best is yet to come.”

He added, “We have unfinished business, to say the least. And this year, I think all the guys are focused on getting back to the final and winning it this year because we know we’re capable of doing it.”

However, the foundation of Mingachos’ success in soccer is his family’s support. For example, his favorite soccer moment was committing to Mason and seeing how happy his family was.

“Knowing that I made the commitment and that I was going to play … at the Division I level — just seeing my family’s faces and how happy they were for me — that’s probably the best moment throughout my career,” he said.

Despite his family members being several states away, they have offered continuous support during the season. On Aug. 30, his mom, aunt and grandma came down to watch the team take on American University. However, his family members that cannot regularly attend home games still tune in and text their support — for better or worse.

When asked about the support he receives he responded, “It’s something that I can’t thank them enough for — both my family here and my family back at home. Just the support they’ve given me my whole life is something that I’ll never be able to thank them [enough] for. And it’s never going to stop. And it’s not just my parents and my sister. It’s literally my whole family. My aunts,  my uncles, my grandparents. It’s unbelievable. And I just love them so much and I’m so thankful for that.”

In his final year at Mason, Andrulis expects that, “Ryan will be a player that future Patriots hear about.”

A Study Of Traditional Art In Contemporary Tuscany

A Home Away From Home