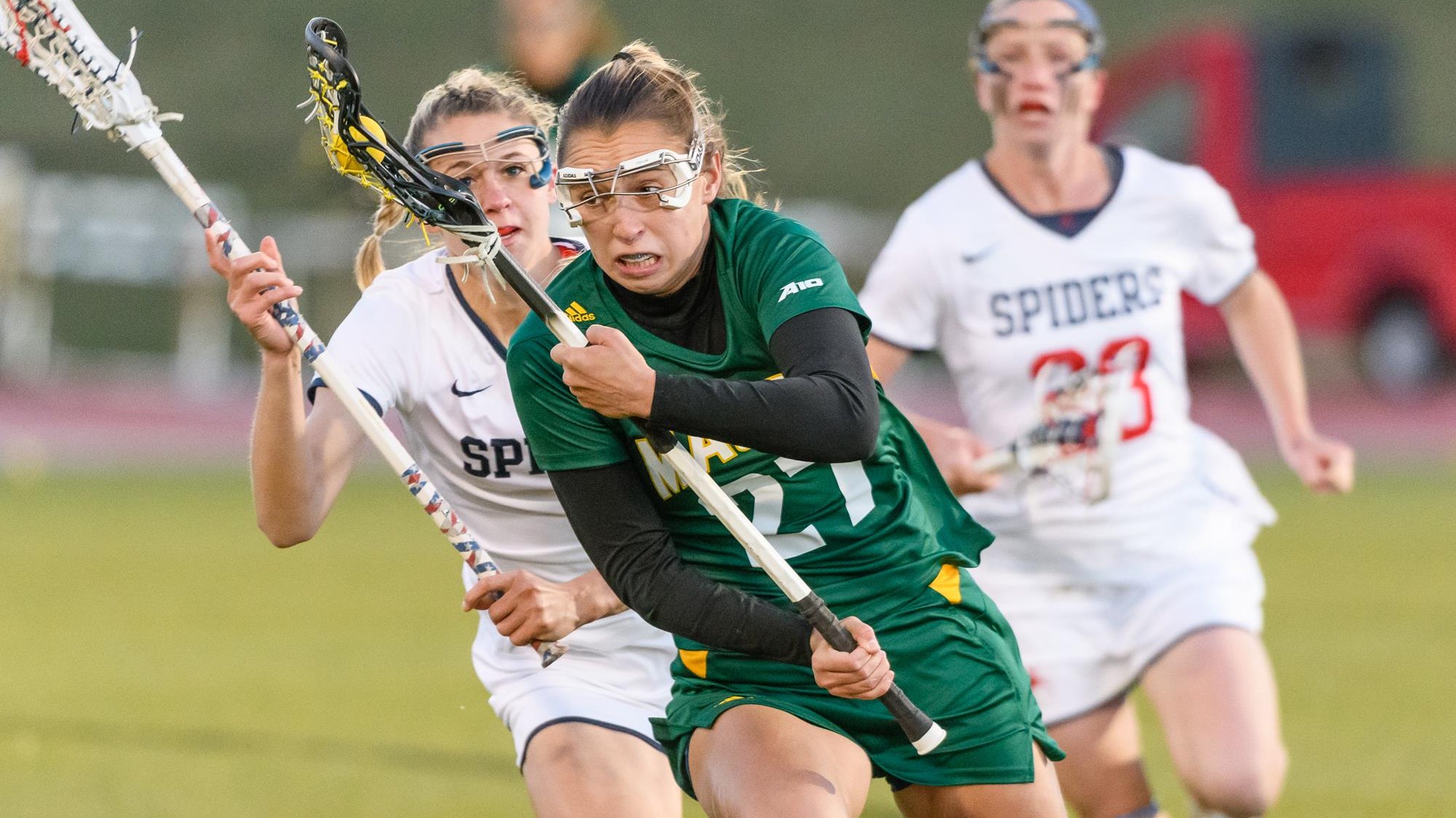 Deanna Balsama is not your average lacrosse player.

She is not even your average athlete.

Most would struggle playing multiple sports in high school while also excelling in the classroom. For Balsama, it was different. “It was fine balancing it with school, and it was fun getting to play a sport every season and staying busy,” she said.

Balsama led her basketball team as captain during her junior and senior years. She totalled almost 300 points in 72 games as a Minutewoman after only playing two games her freshman year.

Balsama first started lacrosse in the seventh grade but made it on to the Washington Township High School varsity team as just a freshman.

She made her mark as a goal scorer, despite struggling with shooting early on. After scoring 35 goals her freshman year, it was all uphill. Over her next three years, she tallied 203 goals. Balsama broke the school record of 213 goals to take sole possession.

Balsama was named to the First Team All-Conference team every year during her high school career. She also made the Second Team All-South Jersey in 2017 and 2018. Most notably, she earned the title of U.S. Lacrosse All-American in 2018 when she scored 77 goals with 11 assists, totalling 88 points.

Balsama looked to her lacrosse coach, Sandy Stockl, as her role model in high school. “Before I was in high school, we were close,” she said. “She’s always been there for me and has helped me [get to] where I am today.”

It was from Stockl that she learned the most. “[My] high school coach always told me that [I] should play with my heart on my sleeve, and [that] I have to not make such a big deal if I make a mistake, and I need to just play through it,” she said. 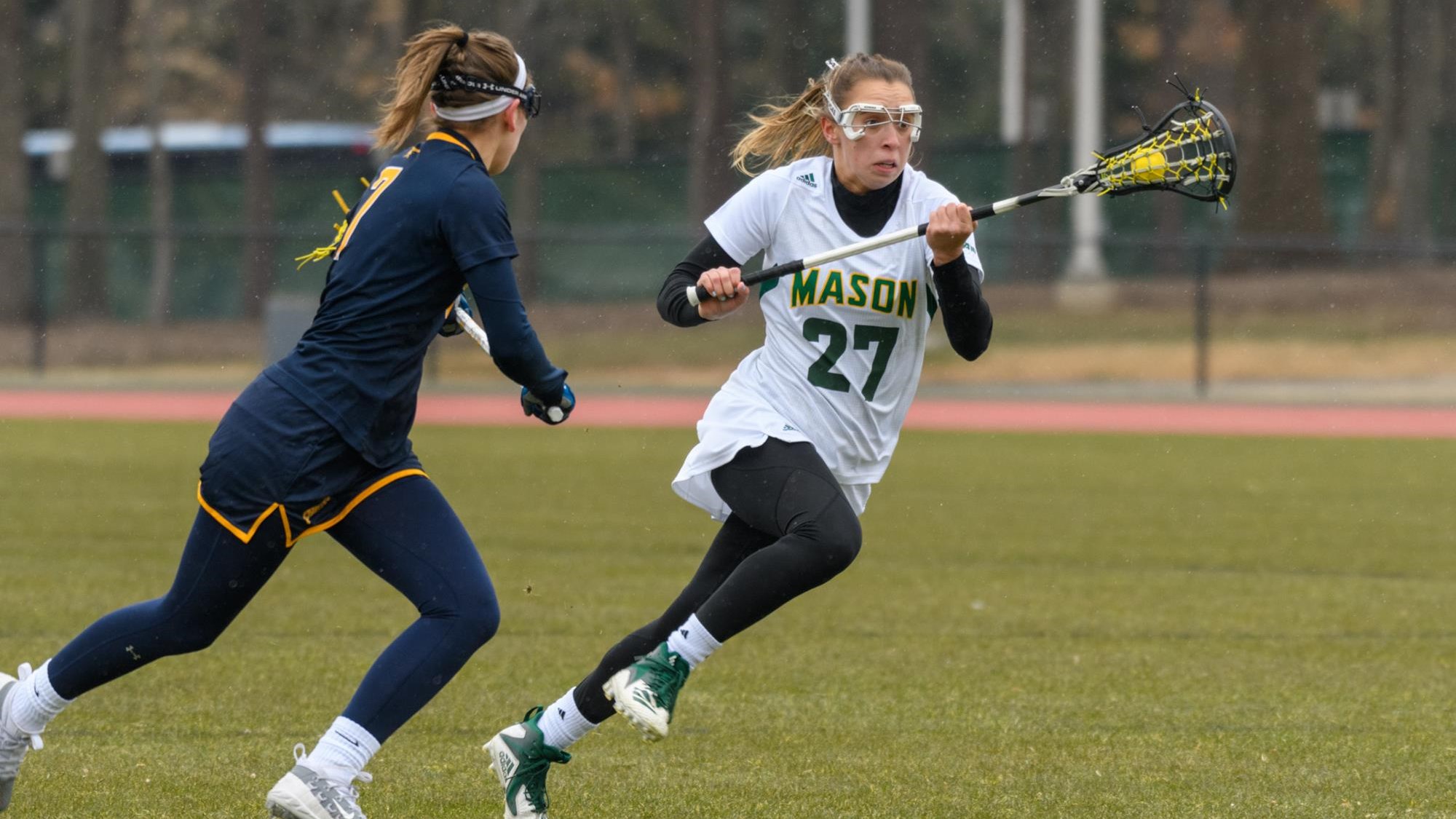 When it came time to choose where to take her talents, Balsama chose Mason in 2018. “I loved [Coach Jessy Morgan],” she explained. “She was great, and then just the environment. It’s such a nice campus.”

The expectations were high for Balsama coming to Mason as a goal-scoring recruit. She soon exceeded them.

As soon as the season started, Balsama became a scoring machine. She tallied 15 goals in her first six games. However, she was nowhere close to being done.

Out of the 11 weeks in the lacrosse season, Balsama was awarded as the Atlantic 10 Rookie of the Week in seven of them. Additionally, she led the conference in goals among freshmen, and finished seventh overall with a total of 49.

At the end of the season, Balsama was named the A-10 Rookie of the Year.

Balsama commented on her achievement saying, “It’s a good feeling. I feel like I’ve worked hard for it and like my teammates have helped me so much.”

Balsama started in all 18 games of her freshman year, and led Mason with 71 points, 49 goals, 22 assists, 104 shots and 84 shots on goal. Her 71 points this season puts her tied for third in Mason program history.

She also scored multiple goals in 13 games, three or more goals in six games and a career-high five goals in three games.

However, in the first round of the A-10 Championship Mason lost to Richmond by a score of 19-4.

“I think when we lost to Richmond … that feeling [of] knowing that we [all] worked so hard all season, just [to] feel like that the end of the season. I think that’s going to stick with me for next season, the next year. So, [now I] want … to win even more, and that’s going to motivate me,” Balsama said.

Despite the loss, she still looks back on her season grateful for at least one thing: her teammates.

“I’ve just enjoyed all of the practices with all the girls, they just make [playing lacrosse] so much fun,” she said. “They’ve helped me so much. It’s hard being a freshman. And they’ve just all been really supportive of me. It really means a lot.”

Looking forward into her career, Balsama has set a high bar with even higher hopes to win the A-10 Championship. She has one goal above all others.

“I want to play for everyone.”