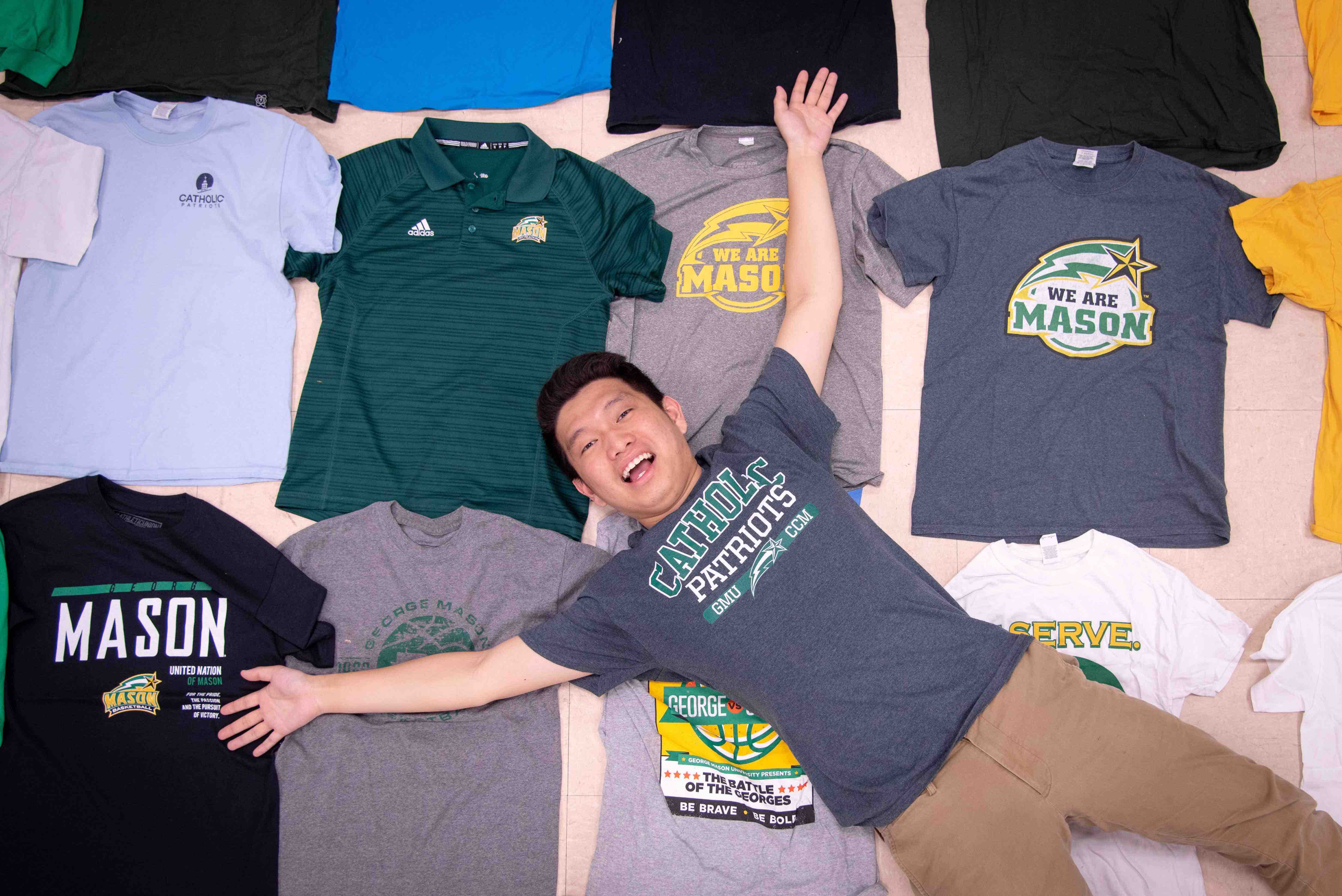 Most Mason students leave the school with a sizeable collection of free Mason T-shirts, but very few can claim to have nearly 200 of them. Peter Nguyen can.

Nguyen, a senior computer science major, has collected 184 free T-shirts during his four years at Mason.

Like many students, Nguyen first started collecting T-shirts during his freshman year. 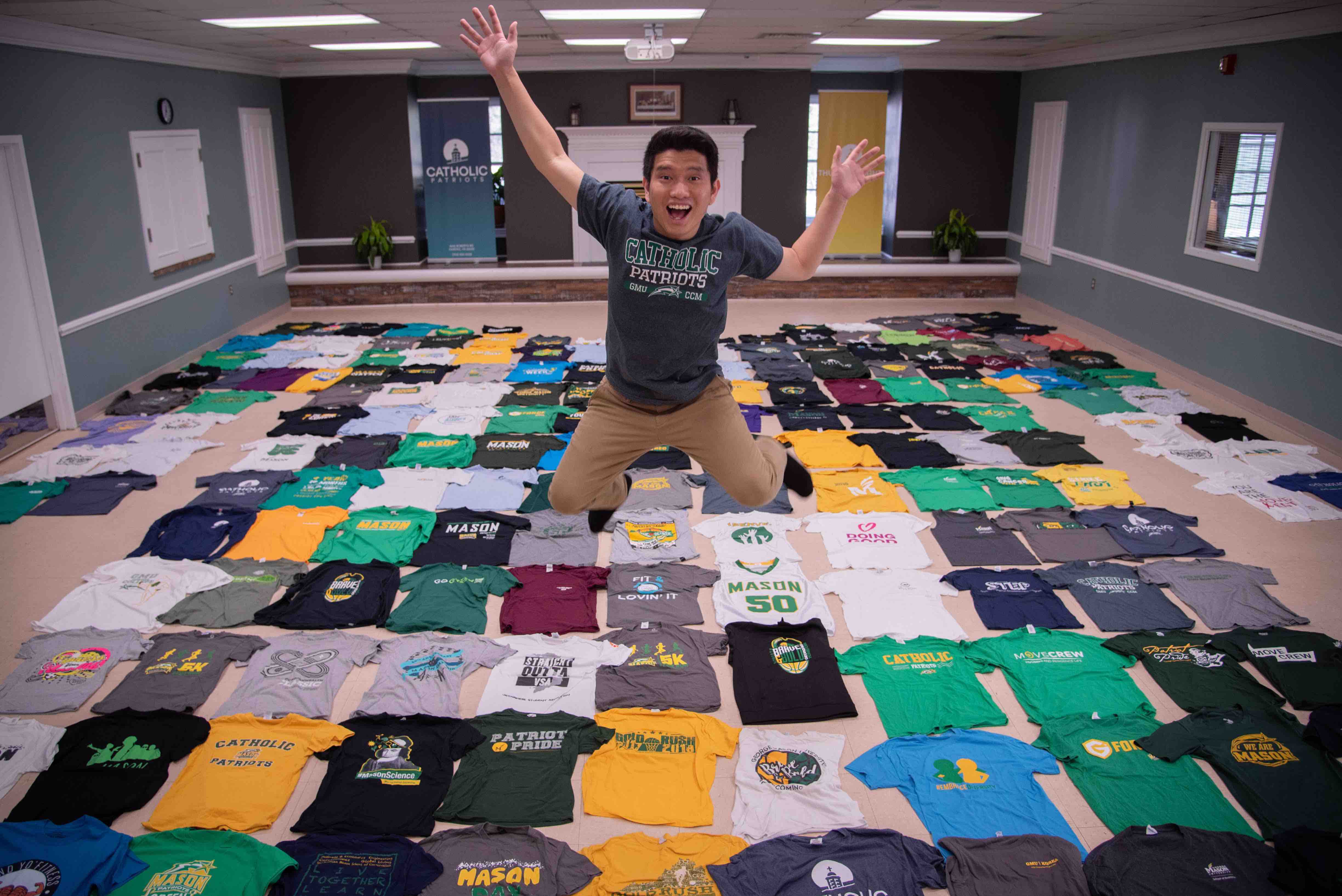 “I think I started kind of like how anybody starts with going to the Spring Preview or going to orientation or going to welcome week where they give you free T-shirts … in the beginning of the school year,” he said. “I thought, ‘Woah this is really cool,’ and I just kept getting T-shirts like anybody else would, but then it got to the point where during Thanksgiving or winter break, I had like 10 Mason T-shirts.”

“People would send me Instagram or Snapchats like, ‘Hey did you know about this T-shirt?’ And I’d be like, ‘No, I didn’t, but I’ll put it in my calendar,’” he said. “I just collected all this information … so whenever I see something, like I’m walking through the dorms and I see a poster, it’s like, ‘Oh hey, free T-shirt, I’ll put it down in my calendar.”

By the end of his freshman year, Nguyen had a collection of 24 Mason T-shirts, but it wasn’t until his sophomore year that he decided to try to collect them all. 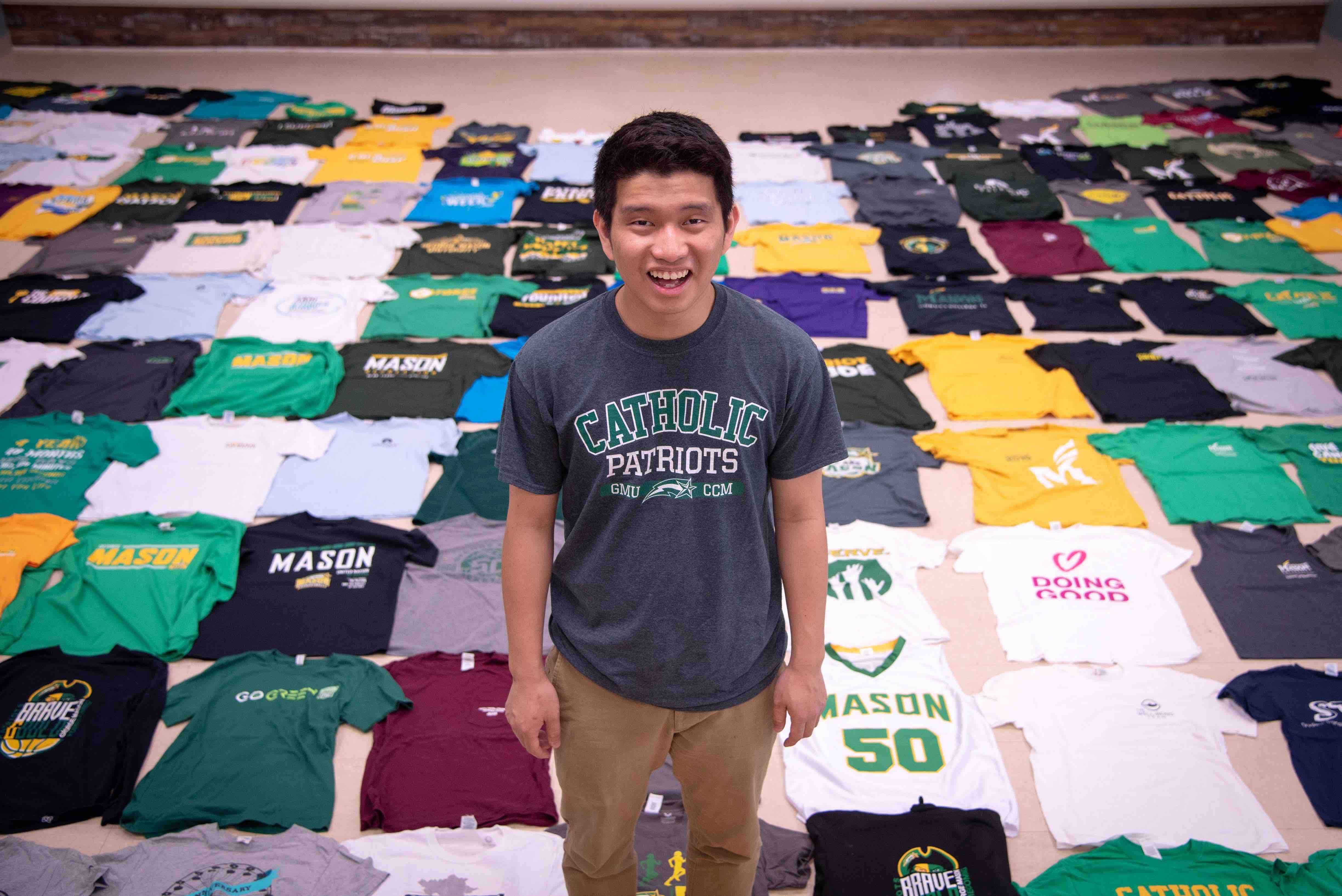 “Homecoming T-shirts are always good,” Nguyen said. “This past homecoming, Spirit Squad came out with a limited edition hoodie for homecoming, like a really nice athletic hoodie. Only people in Spirit Squad had it but they did like a competition, a social media competition, where if you posted about #mymasonmemory you were drawn into this raffle. Roughly 10 people won this hoodie, me being one of them, and that’s one of my favorite Mason gears.” 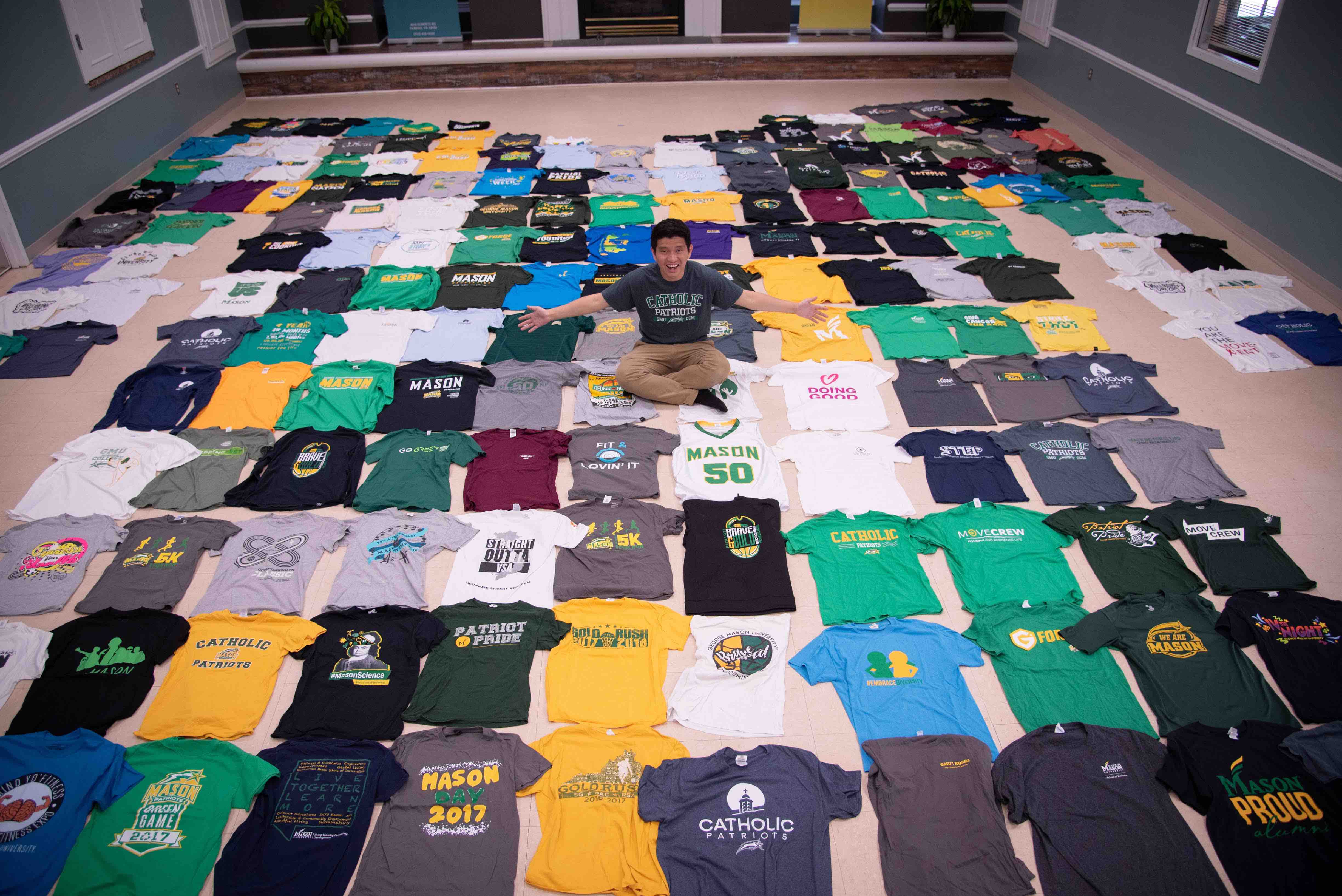 After graduating, Nguyen plans to turn some of his T-shirts into a quilt. “I’ve always had this dream … if I ever get my own apartment by myself or my own house, I’m hoping to have a room full of Mason memorabilia, or Mason memory stuff,” he said. “I want that room to have a T-shirt-memory quilt and … maybe take the best of the best T-shirts and put [them in] a frame. … I think that would be cool, that way I could just walk and reminisce [on] the memories.”

For him, the T-shirts represent more than just an item of clothing. They also hold many memories of his time at Mason.

“I have so many stories of how I collected all these T-shirts, like if you point to one T-shirt, it’s very likely—about 80 percent of these t-shirts I can probably tell you how I got it,” Nguyen said. “There’s a story behind it, and that’s kind of what I love about collecting T-shirts. … Looking at all the [T-shirt’s] collectively is kind of looking back on my whole entire college experience in general, like the clubs I’ve been a part of, the games I’ve gone to, the events I’ve gone to. It’s just great.”